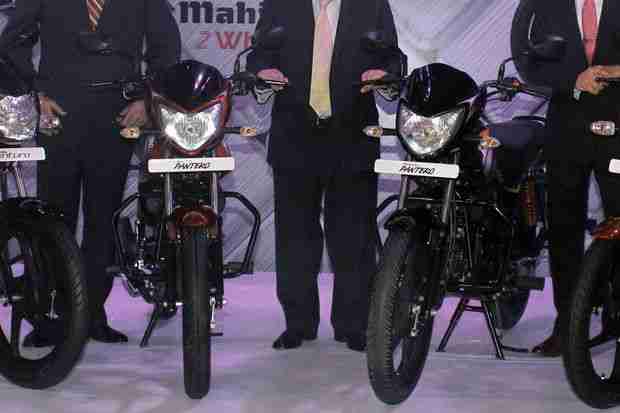 Sporting an indigenously developed intelligent MCi 5 (Micro Chip Ignited 5-Curve) engine, the Pantero is the most manoeuvrable bike in its class, capable of handling bad roads and traffic with ease. Targeted at young first time buyers that want a great riding experience, the Pantero’s MCi 5 engine induces intelligence into the motorcycle and smartly adjusts itself to your need for great pick-up or good mileage on the go.

The Pantero is equipped with many first-in-class features like LED pilot and tail lamps for added safety, an advanced digital dashboard, choke on the handlebar, 13.7-litre fuel tank, among others. The Mahindra Pantero is engineered to deliver the maximum performance in the mass market segment — an astonishing 8.5 BHP @ 7500 RPM. The bike’s MCi 5 engine delivers an excellent mileage of 79.5 kmpl (as per ARAI).

The LED pilot lamps & LED Tail lamps ensure the safety of the rider during twilight and foggy winter conditions when there is lower visibility and they are a first in the commuter segment category. The large, fully digital Dash board — a first in this segment — comes equipped with a speedometer, fuel gauge, tachometer and clock. It also has an inbuilt capability to indicate the distance travelled in one trip.

Along with the style and economy, the all new Mahindra Pantero is specially developed for Indian customers, keeping in mind their practical commuting needs. Another example of this is the longest seat (774 mm) in the 110cc commuter segment that offers riders increased comfort over longer distances. The motorcycle also has best in class ground clearance of 165 mm. The Pantero is available with a standard warranty of 2 years and optional extended warranty of upto 3 years.

Update: Mahindra have announced the cost of the base version of the Pantero to be at Rs 44,190 (ex-showroom Chennai).