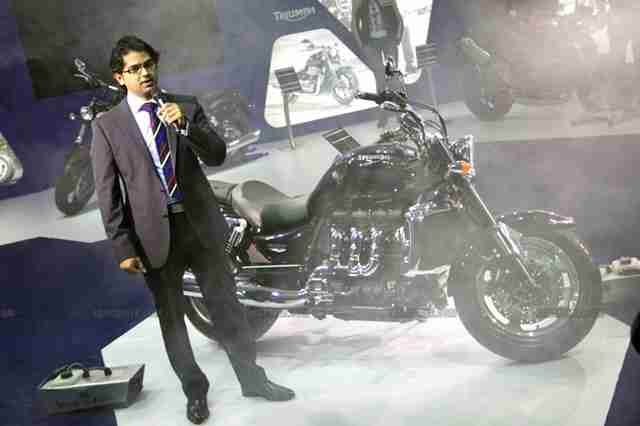 Its third such facility globally after the UK and Thailand, Triumph has already signed a memorandum of understanding with the Karnataka Government about a month back for 40 acres of land at Narasapur in Kolar district of the state. The Indian plant will help Triumph price its models more competitively in the world’s second-largest two wheeler market. One of the pre-requisites for the location had been proximity to a port for both importing completely knocked-down (CKD) kits and later exporting bikes, if required.

The brand, which launched itself in India at the Auto Expo in January, is looking to assemble the Bonneville, Street Triple, Speed Triple and Daytona 675 models locally. Later, it may consider full manufacturing as well. “We are gearing up to commence our Indian operations at the earliest. Of the seven motorcycles that will be entering the market, we will be assembling four of our bike models in India. We will be looking at setting up the CKD assembly facility in a propitious location,” the company said in a reply to emailed queries.

Starting from July, up to four dealerships will be appointed in 2012, with a target of around 12 outlets within the next three years. Triumph’s local headquarters will likely be in Delhi, sources said. “While the plant would take around a year to come up, the bike models would be launched earlier to build excitement around the brand. Though initially imported as fully-built units, the pricing will be kept on the lower side keeping in mind the reduced costs after local assembly starts,” a source said.