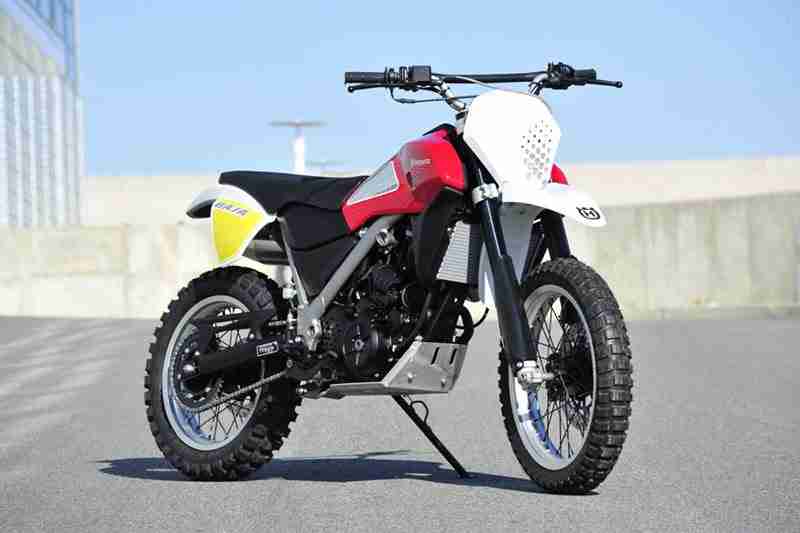 At the EICMA last year Husqvarna presented the MOAB concept, which was received quite well. The Husqvarna Baja, the latest offering from Husqvarna is quite similar to the MOAB concept and is almost ready as a full fledged production motorcycle. The Baja uses the 650cc single-cylinder engine from the BMW G650GS and shares many of its components with the Moab. The Baja, however has a more off-road focus, with knobbly tyres, an engine sump guard and dirt-bike-style front mudguard.

Although Husqvarna is officially making no announcements about the production future of either concept at this stage, company spokesman Martino Bianchi told MCN at the Milan Show that the Moab was a year away from production. More photographs at the Husqvarna Baja concept gallery.