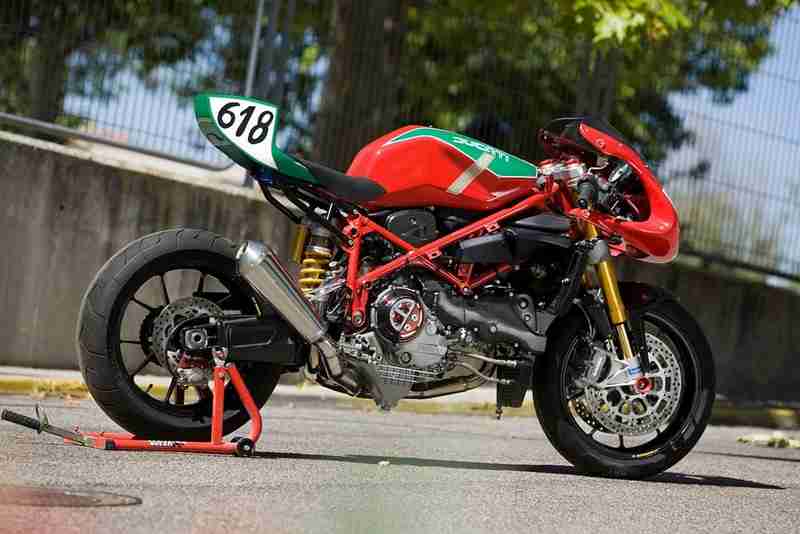 The Ducati 750 Daytona was one motorcycle that you either loved or hated, but you just could not ignore it, and when launched was a subject of great debate due to its quite unconventional and controversial appearance. This motorcycle never did achieve the success that was hoped from a Ducati, and the same goes for the powerful 999R. The people at Radical Ducati however had other plans with the 750. They have yet again unleashed their own style of quite truly radical re-design process on the Ducati 750 and the results speak for themselves.

The company based in Madrid have used certain parts from their earlier creations and of-course a lot of custom parts. Perhaps the biggest change is the tail section of the motorcycle which now gets a signature look. Changes to the Ducati 750 Daytona include Ã–hlin suspensions, Brembo brakes, EVR’s clutch actuator and a Wolfman SPARK’s exhaust. The icing on the cake being the bright red green paint scheme.

We leave you with some photographs of the Radically created Ducati 750 Daytona: