TVS Radeon is one of the best-selling motorcycles in its segment. It is similar to its rivals yet is different at the same time. Celebrating the title ‘Commuter of the Year’, TVS has launched a new Celebratory Special Edition of the Radeon at Rs 54,665 (ex-showroom) and is available in two colours – chrome-black and chrome-brown.

TVS Radeon Celebratory Special Edition comes with various additions that separate it from the standard model. Following are its key features-

Commenting on the launch, Mr Aniruddha Haldar, Vice President (Marketing) – Commuter Motorcycles, Scooters & Corporate Brand, TVS Motor Company, said, “TVS Radeon has generated unprecedented love from experts and consumers alike. Within its first year of the launch, over 2 lakh proud consumers are overjoyed with their Buland choice. The trust and love of such consumers only reaffirm our commitment to them.”

“TVS Radeon, having won the appreciation of experts, became the most awarded motorcycle of the year. The special edition stays true to the TVS Radeon Buland DNA and celebrates its spirit. It adds comfort and premium distinctiveness with an unwavering eye on practicality, I am sure TVS Radeon and its consumers will continue to live true to its promise of Live Strong Ride Strong (JIYO BULAND BADHO BULAND).” 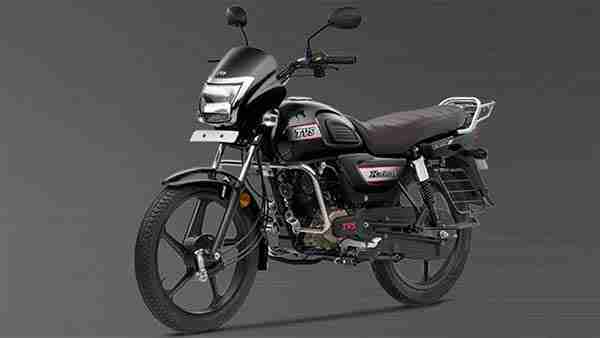 Apart from the aforementioned features, the engine and the mechanicals of the bike remain unchanged. It still extracts power from the same 109.7cc engine that churns out 8.4PS and 8.7Nm. The fuel tank capacity is of 10 litres and considering the good fuel efficiency of around 70 km/l, it is more than sufficient.

The Radeon provides a great and comfortable ride thanks to its finely tuned suspension setup. The unique feature that we like the most of this bike is its exhaust note. TVS has really worked hard on its acoustic engineering which we have seen in the Apache series as well as the NTorq. And the Radeon is no different.