While the KTM 390 Duke quenched the thirst of enthusiasts who were looking for a naked streetfighter, the RC 390 was the first choice of people who were serious about getting a track-oriented motorcycle. The RC 390 has been around for years now, and even its true fans are now longing for a new model. Well, the next-gen KTM RC 390 has been spotted testing at KTM’s home country Austria.

There are a few spy shots of the test mule and we can see some changes that KTM is planning to implement in the new RC 390. The sharp and angular fairing is expected to be replaced by a relatively subtle one. The test bike also had a longer windscreen and the rider seems to be sitting in a more relaxed riding stance when compared to that of the current RC 390. Does this mean it won’t be purely track-oriented? Let us know your thoughts in the comments. 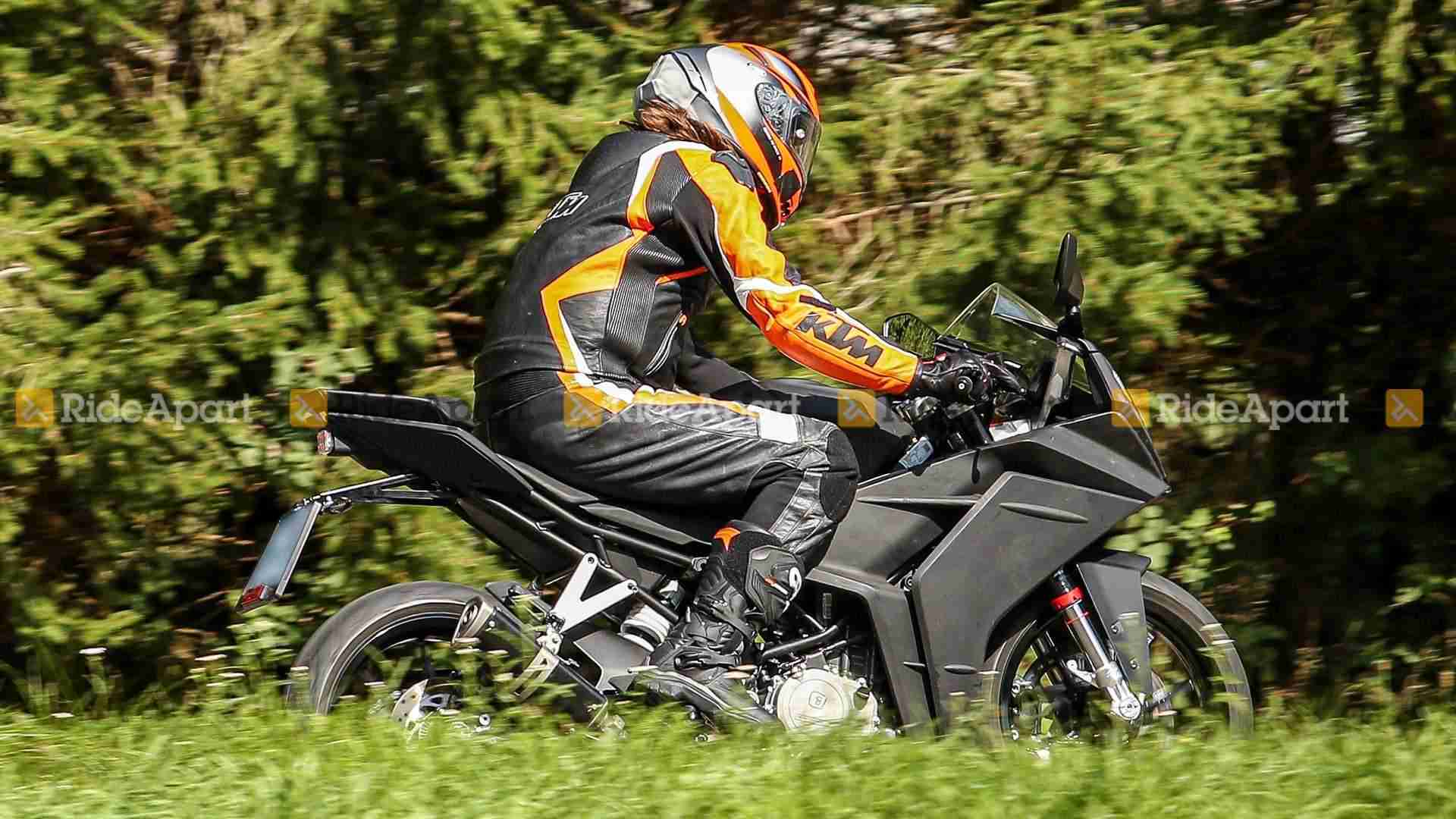 We also spot a hideous, single-unit projector-type headlamp. We hope that this would be restricted to the test mule itself and the actual production model would get some LED treatment. What else? The tail section seems to be slimmer and sleeker than before. Also, both the rider and pillion seat are a bit wider. It’s also being said that the fuel tank capacity of the new RC 390 would be increased.

As far as the engine is concerned, there wouldn’t be a huge change. Of course, it would be BS6 compliant but don’t expect to see any bump in power and torque figures.

KTM is expected to showcase the next-gen RC 390 at the upcoming EICMA show in Milan. Excited?