In a historic moment for both Lewis Hamilton and Valentino Rossi, as well as their respective sports, the pair completed an unprecedented track day as each swapped machinery at the Circuit Ricardo Tormo.

Valentino Rossi drove The Mercedes-AMG F1 W08 EQ Power+, a car that won the 2017 FIA Formula One World Championship with Mercedes-AMG Petronas Motorsport at the hands of Lewis Hamilton, while Lewis rode the 2019 Monster Energy Yamaha MotoGP YZR-M1 bike that only weeks earlier had been piloted by Valentino at the very same circuit.

The significance of the occasion was not lost on either Lewis or Valentino who have made no secret of their admiration and respect for each other in recent years. Acting as a mentor for the other, the pair were able to complete multiple runs on each other‘s machinery and share insight, learn about each other‘s craft and enjoy a unique experience.

Speaking about his experience, Lewis Hamilton said, “It‘s so awesome to see a legend like Valentino in the car. I‘m excited for him for discovering the car for the first time. Reminds me of my first time in an F1 car. When you see all the team around you, it‘s just a different animal. It was so cool to be out on track and see Valentino ahead of me on the same bike.” 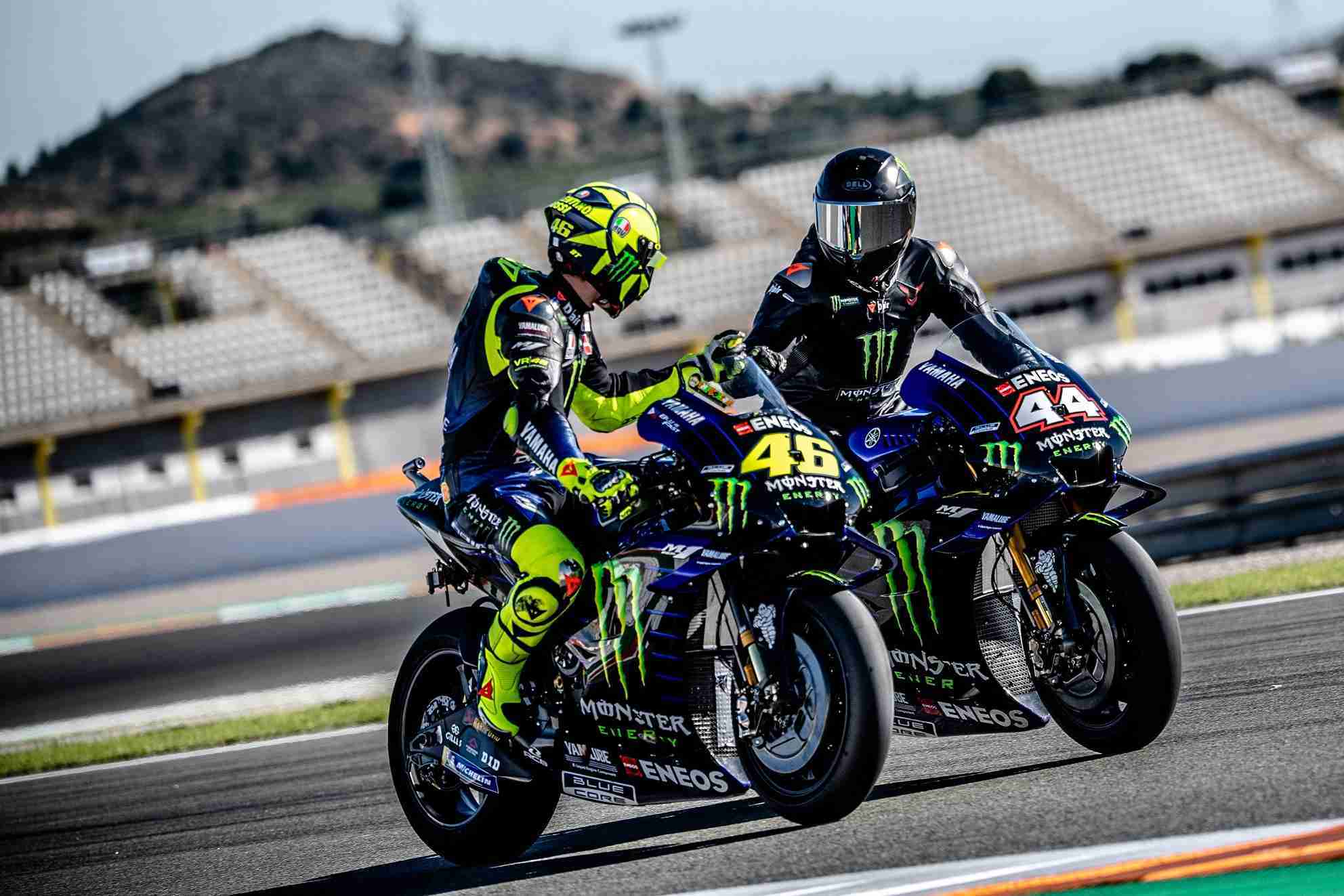 This is what Rossi had to say about the historic day, “I was already a big fan of Lewis before, but now even more. We had a fantastic day, where the two top classes of motorsports not only met but worked together.”

“Trying the W08 was a spectacular opportunity for me. I have tried an F1 car before, but much has changed since then. Sincerely, I was impressed with the car and its handling, as well as with the Mercedes-AMG Petronas Motorsport team, who were great to work with. They were very welcoming and made it easy for me to get familiar with the car.” 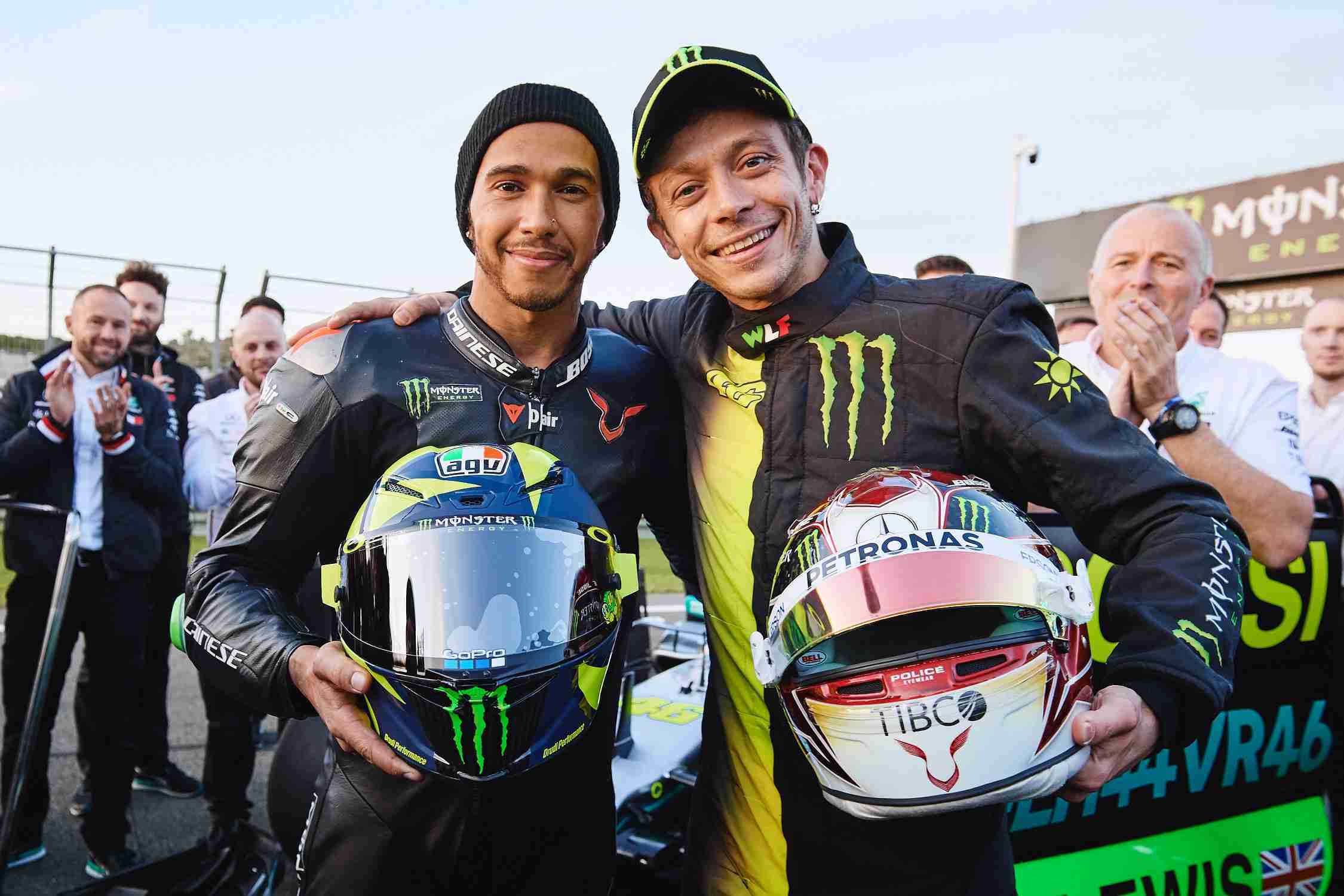 “At first you get an amazing sensation of speed. The G-forces were not so bad, but it takes some getting used to. Once I got into the rhythm I could really push. It was a great pleasure. I felt like a real F1 driver for a day. I didn‘t want the day to end!”

“I also rode the YZR-M1 on track with Lewis. It was a proud moment for the team to share our passion with him. Technically, Valencia is a hard track, and it was windy, so at one point I thought it could be difficult for Lewis, but he was brilliant on the bike and his position on the M1 was great. I really enjoyed sharing this experience with him, and I think he had loads of fun too, demonstrated by how reluctant he was to stop riding! I sincerely hope we will get to have many more experiences like this in the future.”