Honda has been busy over the last few days testing its new 2020 CBR1000RR Fireblade. There’s a video of it out on the Web showing the prototype bike doing rounds of the track and giving us goosebumps via its sweet exhaust note!

The prototype of the new CBR1000RR Fireblade was wearing a new fairing that gets active aero winglet pods. These will make sure that the bike remains stable when being pushed to the limits. There’s also a huge opening in the centre of the bike’s face, similar to what we have seen in the Kawasaki Ninja ZX-10R. It seems to be an air intake.

Honda has also slapped on a new swingarm which appears to have been borrowed from the frim’s WSBK garage. Some of the new Fireblade’s other features include- 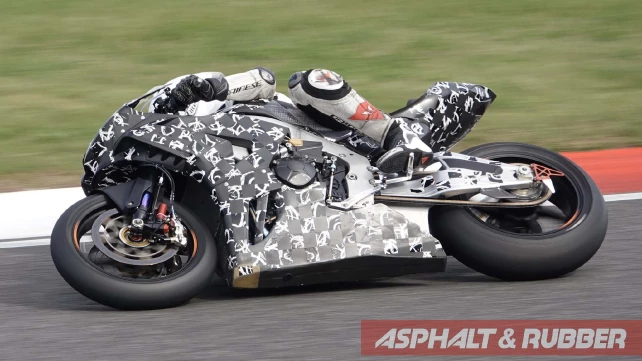 It is also being speculated that the new Fireblade will feature a brand-new engine which will be Euro 5 compliant and have more than enough power to take you fast in no time. And after listening to its exhaust note in the video, we are pretty sure it will get a quickshifter, hopefully, a bi-directional one.