Bajaj Platina is one of the highest selling commuter bikes in India. A major portion of the company’s total sales is provided by this bike and Bajaj knows that very well. That’s why it has just launched the new Platina 110 H-Gear with a handful of new features.

The suffix H-Gear indicates the inclusion of an additional 5th gear. Bajaj calls it the ‘Highway Gear’ which has been optimised to deliver the perfect blend of pickup and fuel economy for long journeys. A road trip on a Platina anyone?

Bajaj has focused a lot on the gearing on the new Platina H-Gear. This is because apart from providing the ‘Highway Gear’, Bajaj has also included a new feature called ‘Gear-Shift-Guide’ which, as per Bajaj, guides the rider to upshift or downshift depending on the combination of gear and speed at which the bike is running. And that’s not it. There’s also an all-new ‘feather touch gear shift mechanism’ for easy and quick gear changes.

There are a few other features in the new Platina 110 H-Gear which are a segment-first. The commuter gets a semi-digital instrument cluster that has a gear-shift indicator, low battery indicator, service due indicator, and clock. The bike also comes with a front disc brake variant and Anti-Skid Braking System which delivers an even brake force on both the wheels; something like Honda’s Combined Braking System (CBS).

Bajaj Platina has always been a comfortable commuter and it continues to be so even in its new avatar. In fact, it should be even more comfortable than before thanks to the ComforTec technology with Nitrox SoS suspension, wider footpegs, and longer seat. As far as the looks are concerned, the new Platina is exactly the same as its elder siblings, however, there are three new colour options – Ebony Black with Blue decals, Ebony Black with Royal Burgundy decals and in Cocktail wine Red – to keep things fresh.

(All prices are ex-showroom, Delhi) 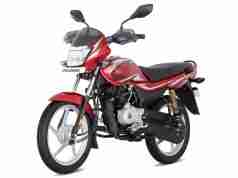 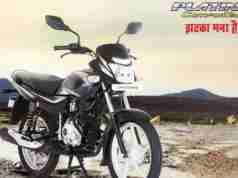 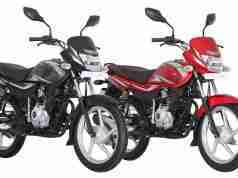