Ather Energy has finally launched its two electric scooters – the 340 and the 450 – in Chennai at a price of Rs 1.19 lakh and Rs 1.31 lakh respectively (on-road). Chennai is the second city in the country to get these scooters. Previously, Ather was operating only in Bangalore. The scooters are also available on lease. This is something that Ather has already been offering to its customers in Bangalore. In Chennai, you can lease the 340 at Rs 2274 per month and you’d need to pay Rs 2517 per month for the top-end 450 variant.

Ather has also set up 10 charging points at various locations in Chennai. It’s planned to expand its infrastructure in the near future so that its customers don’t need to worry about charging their scooters. After Chennai, Ather has planned to further expand its empire to other metro cities like Mumbai, Delhi, and Pune. The Indian Govt has recently proposed to reduce the GST on electric vehicles from 12% to 5% which will make them more affordable. So, at present, the Ather 340 and the 450 are around Rs 8000 and Rs 9000 more expensive in Chennai when compared to their prices in Bangalore. After the implementation of the new GST on electric vehicles, these prices will drop.

Ather has said that the deliveries of the first batch of scooters will commence in September followed by that of the second batch between November and December and the third batch will be delivered sometime in February 2020. 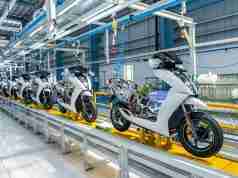 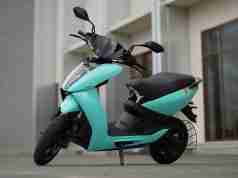