BMW Motorrad India has finally launched the much awaited 2019 S1000RR at a starting price of Rs 18.50 lakh. This is the 3rd generation of the bike which marks the end of the most famous asymmetric front look and instead gets a pair of new sharper and modern LED projector headlamps which should slowly grow on you.

Powering the new S1000RR is the familiar 998cc, inline 4-cylinder engine which has gone through some tweaks to be more powerful. It now produces 204bhp and generates 113Nm of torque. BMW has implemented its ShiftCam technology here which makes sure that you have more than enough power in the lower and middle rev band. The 6-speed transmission is accompanied by a bi-directional (up and down) quickshifter.

The 2019 S1000RR also gets an updated electronics package which includes a six-axis IMU, four riding modes (Road, Rain, Dynamic and Race), dynamic traction control, wheelie control, and engine braking control. There are two additional packages – Sport and M – that provide a few more riding modes called RACE Pro 1, RACE Pro 2, RACE Pro 3 which should allow you to extract the maximum out of the bike. All these settings can be changed by using the new 6.5-in TFT screen which also supports Bluetooth connectivity.

BMW has also worked to reduce the weight of the new S1000RR. Its engine is 4kg lighter and the exhaust has lost 1.3kg. So the new bike is 11kg lighter than the outgoing model. More power, less weight, a perfect recipe for pure fun. And if you want more of that, you can go for the Pro M Sport model which reduces the weight of the bike further down to 193.5kg. This is the top-spec variant and is priced at Rs 22.95 lakh whereas the Pro model is the mid-range variant that will set you back by Rs 20.95 lakh.

(All prices are ex-showroom, India)

BMW R18 launched in India at a starting price of Rs 18.9 lakh 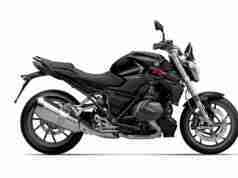 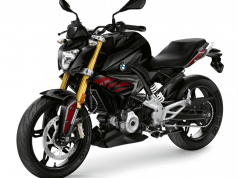 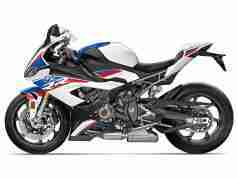