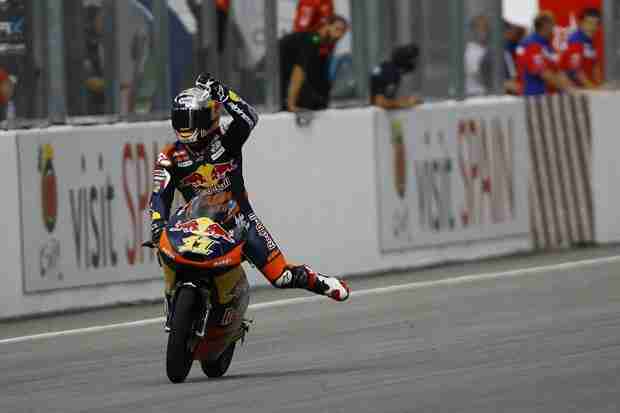 The german, Sandro Cortese, sealed his first ever, and also first ever moto3 series, title in Sepang in no better style than winning the race. And tomorrow as well seems it’s Sandro’s day, starting from pole position. Following him is the mid season revelation in the form of Jonas Folger. Folger had a disappointed start of the season until he was picked up by one of the best privateer racing team, The Aspar moto3 team, owned by Jorge Aspar Martinez. He has been on the front almost every race after joining the team. If it wasn’t for Louis Salom in Motegi Japan, he would have won his first race of the season.

With the title already decided the last two races would be a free for all and we could see unexpected podiums. One man who would want to prove his worth would be Maverick Vinahles, he has qualified 8th on the grid, who didn’t participate in Sepang race due to some dispute with the Avintia Blusens team. It will be no holds barred for tomorrow’s race with the riders like Louis Salom, Danny Kent, Jonas Folger and not to forget Fahmi Khairuddin who got his first podium, the first Malaysian rider to be on the podium. Moto3 in its inaugural season has provided a great season and fascinating races with as many as 7 riders leading and fighting for the win. While the premier class has been majorly dull, it is the intermediate classes moto3 and moto2 that have provided much of the racing that enthusiasts long for. 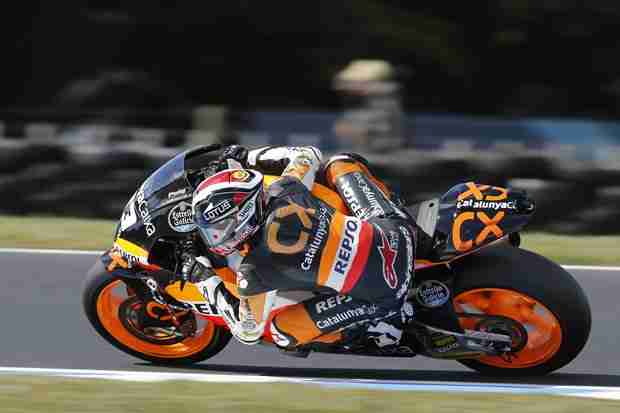 The prodigy in the form of Marc Marquez should be able to seal the moto2 championship. He just needs to finish the race 14th or higher for the same. The gap between him and Pol Espargaro, who is second in the championship, is 48 points. There is still a mathematical chance for Pol Espargaro but looking at Marc Marquez’s form and weather seemingly dry for tomorrow, practically one can say Marquez will take the championship. But as they say “It ain’t over until it is over”. Pol Espargaro starting from pole position has done the best he could to delay the championship decision and with Marc starting from outside of front row he has the ideal place though not the best to do the otherwise. Now it is up to some sheer bad luck on Marquez’s part that he won’t finish the race above 14th and not take the title.

There are though other riders on the track to watch out for and that will be the bunch behind Pol Espargaro. The likes of Thomas Luthi, Scott Redding; the aggressive rider who has the knack of using up his tyres early in the race thanks to his physical stature, Andrea Iannone; the rider who calls himself Crazy Joe, Alex De Angelis; The rainbow man are a treat to watch and they would race as aggressively as possible because they have the least to lose in terms of championship points. Marquez would have to be wary of these riders while in the race.

There is no surprise who is the pole man in Pillip Island, Australia in MotoGP. Casey Stoner has absolutely smoked the field, despite his serious injury on right ankle, in Qualifying while taking his last ever pole position in Phillip Island, Australia. Only Lorenzo and Dani clocking within a second of Stoner’s time. No better way to start his farewell home race. We are for sure going to miss his rear wheel steering spectacle in the coming years. 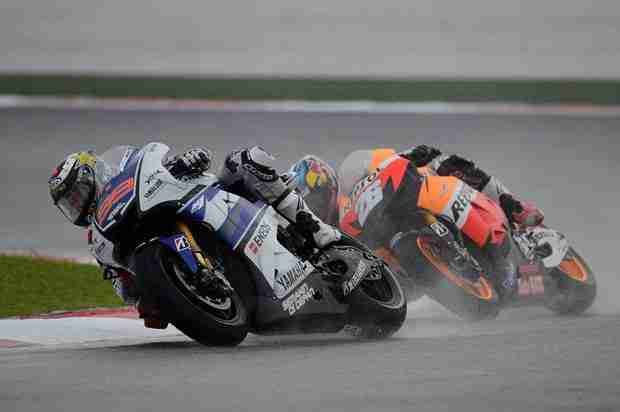 Coming to the championship, after 2006, where the championship went down to the last race at Valencia, this season is the closest. The points difference between the leader Jorge Lorenzo and Dani Pedrosa in second place is just 23. Lorenzo would have to finish the race with 3 points more than Dani to seal his second title. Lorenzo has done the best he could by starting the race from second place behind Stoner and importantly ahead of Dani who is starting from 3rd. Lorenzo needs a lightening fast start because as we have seen in the past Dani almost always gets the holeshot and leads the first corner. Dani Pedrosa has to finish ahead of Lorenzo to take the championship to the last round at Valencia. Stoner with his scintillating pace would be the favorite to win tomorrow’s race, it’s the second and third place that we need to keep and eye on.

Almost all the other positions in the championship are unlikely to move barring a crash; Valentino Rossi and Alvaro Bautista are the closest with 7 points difference. But with the kind of form Ducatis are in this weekend, it seems unlikely that Rossi will be able to beat Bautista although usually Rossi performs better in the race than the qualifying as far as his performance goes on the Ducati.

It is quite fair to say another disastrous weekend for Ducati. Only Rossi able to save some pride by being ahead of the tough guy, Randy De Puniet who has got the best start of the season for a CRT bike. Randy is ahead of all the other three Ducatis of Nicky Hayden, Karel Abraham and Hector Barbera. Even Aliex Esparagaro (elder brother of moto2 rider Pol Espargaro) is ahead of Hector Barbera. Although the qualifying was cut short due to rain and had avoided Ducatis to post faster times.

One rider who has been overshadowed with no luck rather than bad luck is Ben Spies. Ben will not be participating in tomorrow’s race as well as the next race at Valencia and his first test with Ducati due to his left shoulder injury he incurred at Sepang. One more rider who is missing this weekend is Yonny Hernandez, also got injured at Sepang.

Tomorrow will be an exciting weekend. Moto3 for sheer competitiveness, Moto2 and MotoGP for defining the championship.