The Triumph Rocket 3 R Black and Rocket 3 GT Triple Black have been revealed. They are limited-edition motorcycles and only 1000 units of each of them will be produced. These two motorcycles come with several aesthetic changes and as the names suggest, are quite literally Black in colour. 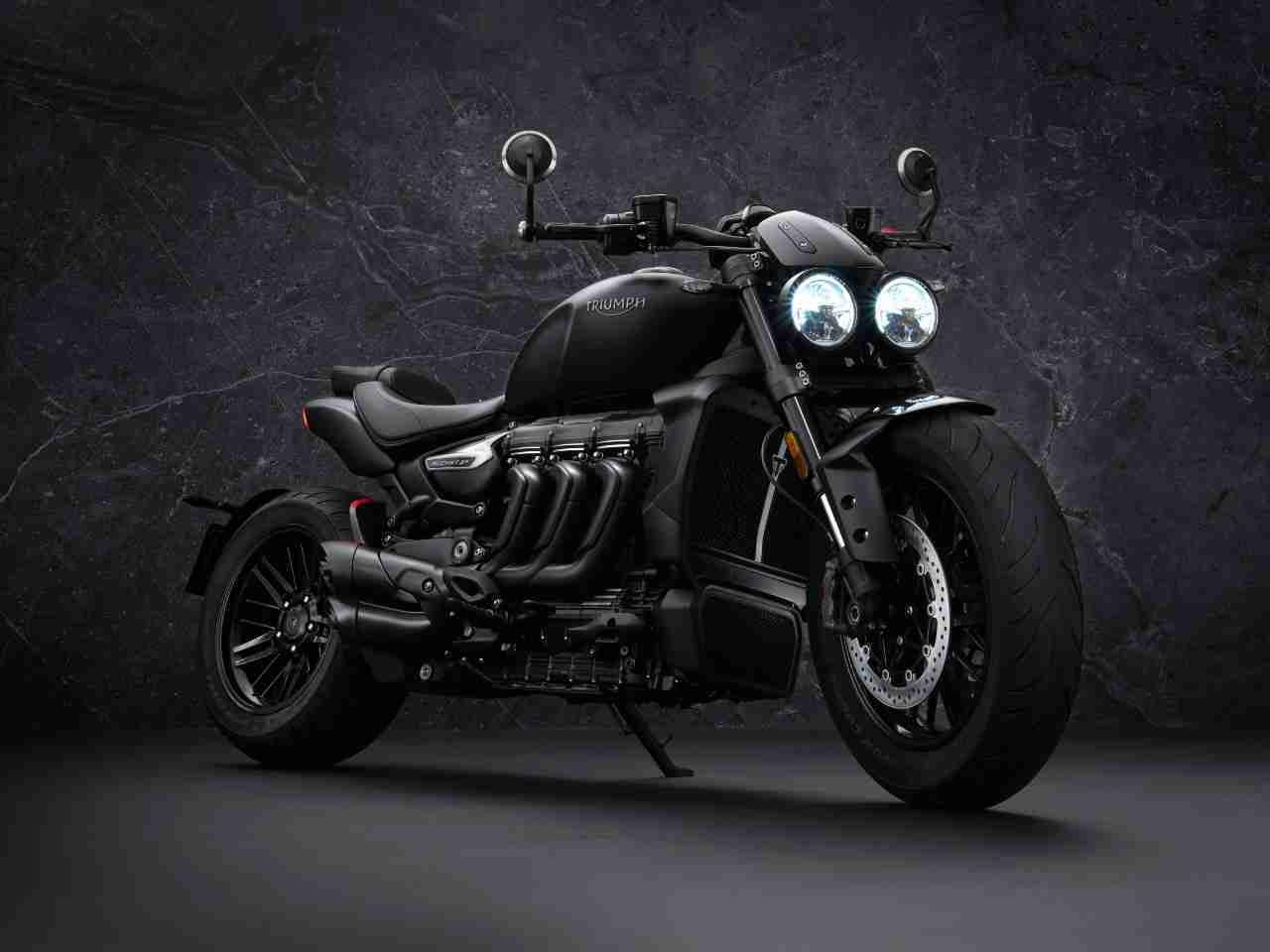 The Triumph Rocket 3 is one of the most powerful motorcycles in the world. It comes with a 2,500cc inline-three engine which makes it the largest engine fitted to a production motorcycle. Thanks to its high price tag and uniqueness, the motorcycle is also very exclusive and rarified. Triumph has now revealed two limited editions of the motorcycle, making it more exclusive than it already was.

The Triumph Rocket 3 R Black is based on the Rocket 3 R and is completely Black in colour. All signs and traces of chrome and silver have been erased and Triumph says it is a ‘Dark and Moody’ style. Up front is a carbon-fibre mudguard. The engine is finished in Black and so is the entire exhaust system.

The intake cover is powder-coated in Black and the same dark theme continues across other components like the headlamp bezels, radiator cowls, fly screen finishers, fork lowers, footrests, brake, gear, and clutch levers, etc. Even the Triumph and Rocket 3 R badging are finished in Black. 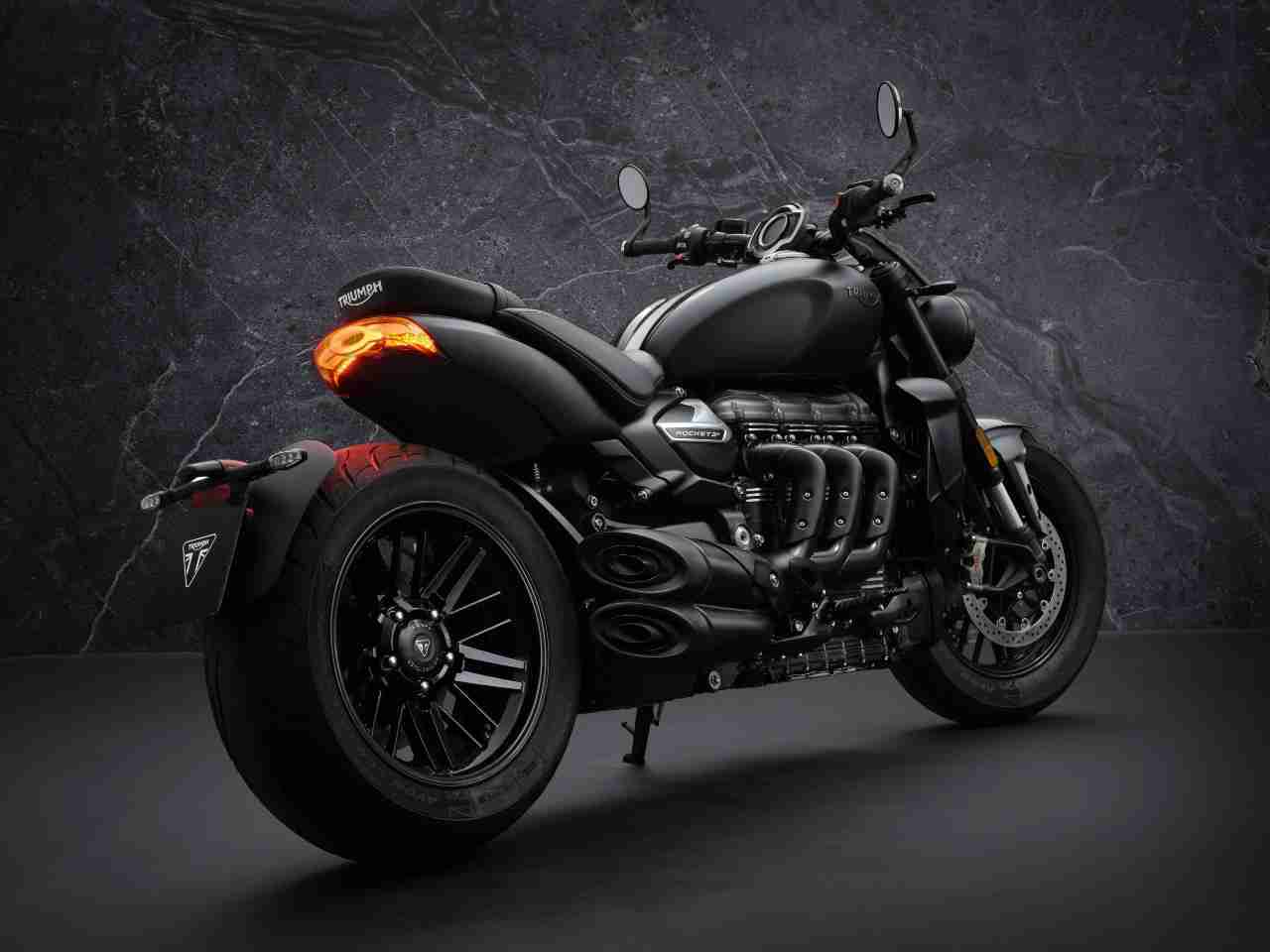 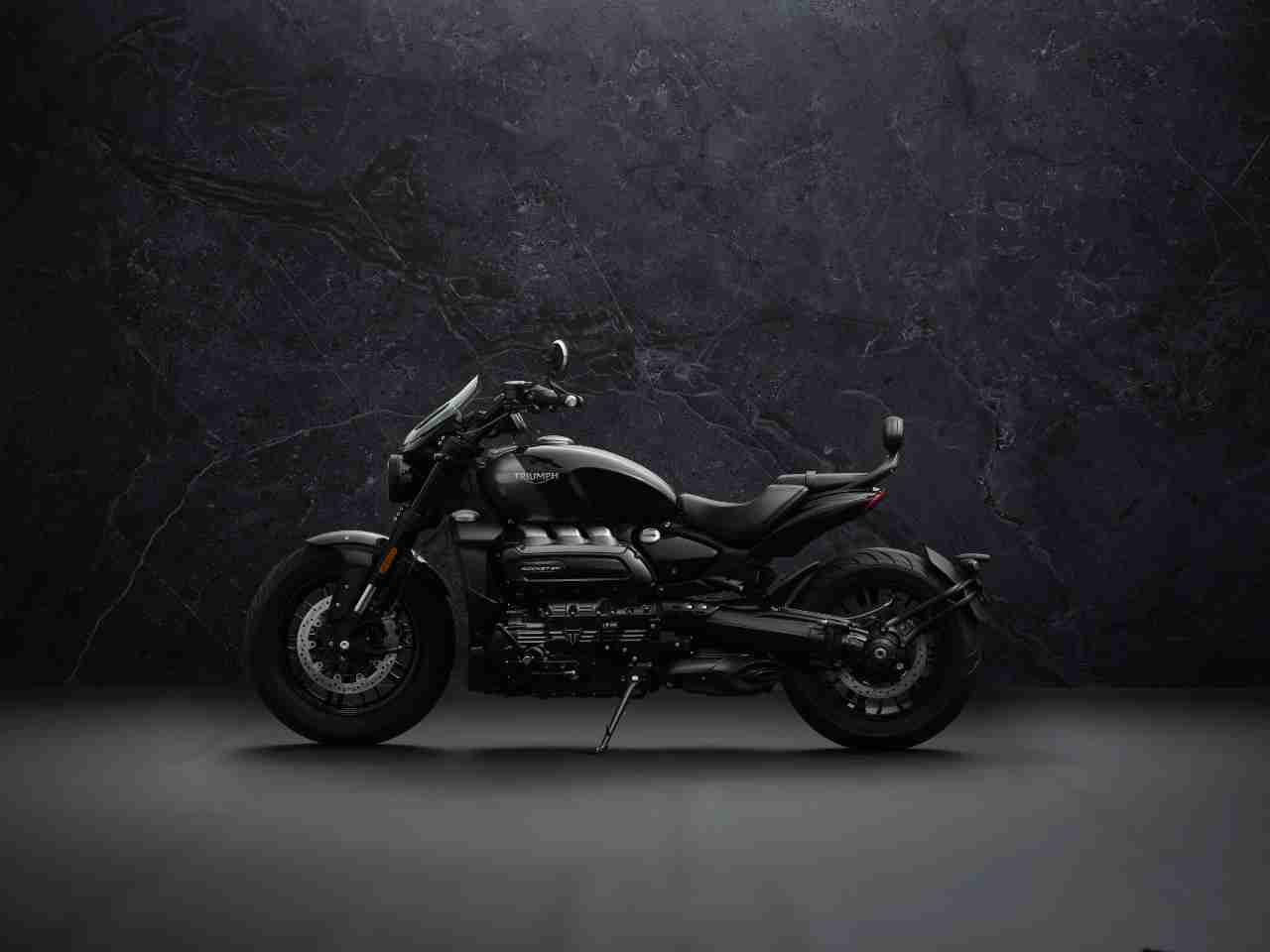 Suspension is handled by fully-adjustable units from Showa including a 47mm upside-down fork up front and a monoshock at the rear. Braking duties are taken care of by Brembo Stylema units at the front and rear.

Triumph will be making 1000 units each of the Rocket 3 R Black and the Rocket 3 GT Triple Black. We do expect a few of these units to arrive in India, it remains to be seen just how many units will actually land up here.