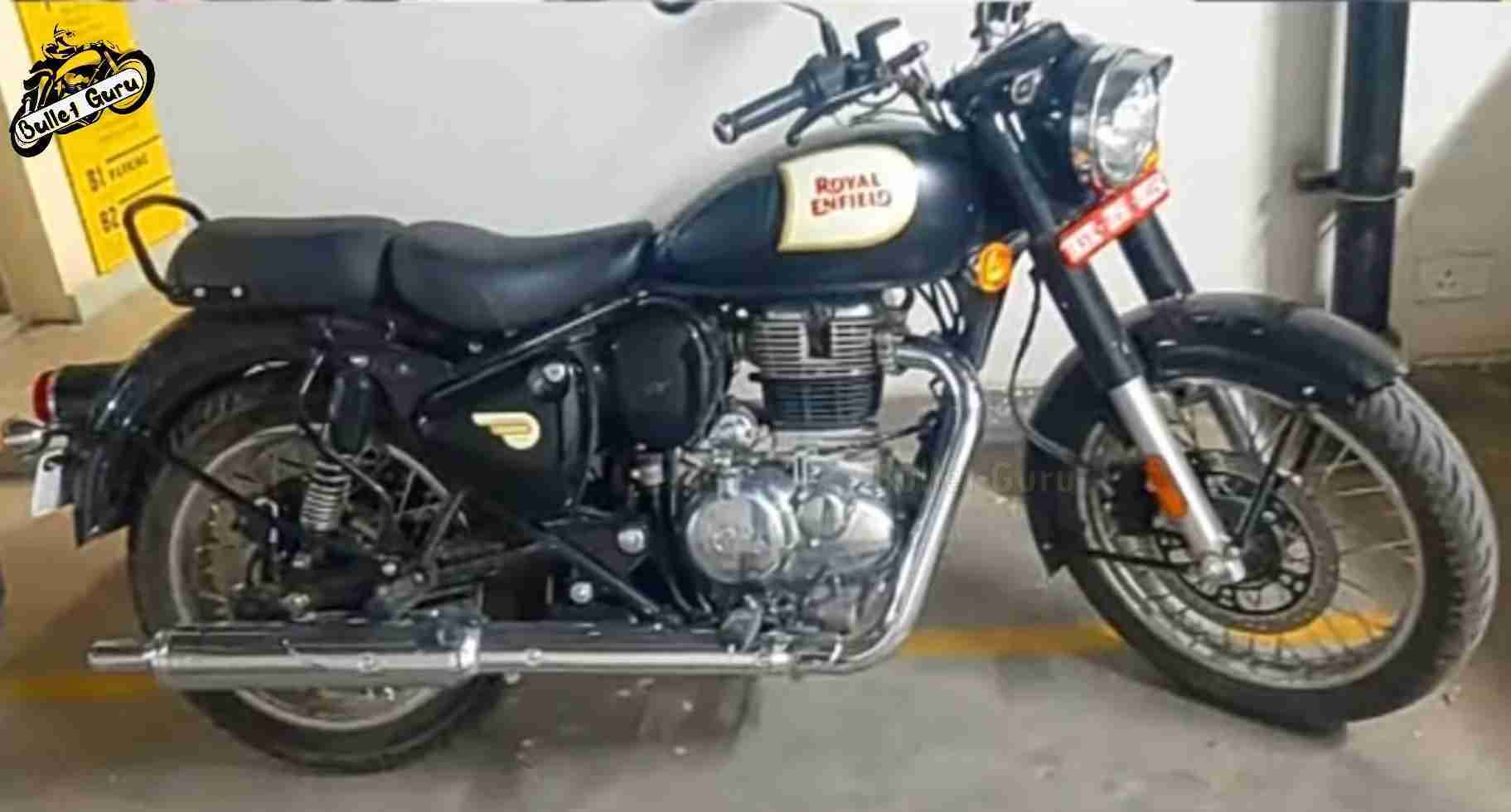 Now though, a new spy image has revealed more details. The image clearly depicts the motorcycle’s new frame, engine, and exhaust. In terms of design, the upcoming motorcycle is very similar to the current model. It still gets a circular headlamp, a large teardrop-shaped fuel tank, almost triangular side panels, and large mudguards with a mudguard-mounted tail lamp.

The major difference is in the underpinnings. The frame and engine have been borrowed from the Royal Enfield Meteor 350. The frame is newer and the new engine mounts absorb vibrations which should make for a good riding experience. Powering the next-gen Royal Enfield Classic 350 is an air-cooled, 350cc, single-cylinder engine.

In the Meteor 350, this engine produces 20.2bhp and 27Nm and it remains to be seen if it will have the same state of tune in the next-gen Classic 350 too. The exhaust system too is brand-new as seen in the spy image. The new engine doesn’t require an auxiliary catalytic converter placed in the exhaust downpipe. Hence, the new Classic 350 will get a sleek exhaust system.

The 2021 Royal Enfield Classic 350 is expected to be launched in India in the first quarter of 2021. More details will be revealed in the days to come.