The KTM 1290 Super Duke RR is coming soon. Spy images of the much-awaited motorcycle have now surfaced, throwing some light on what can be expected from the upcoming KTM Super Duke RR. It is a lighter, more agile version of the Super Duke R and may come with slightly higher power output. 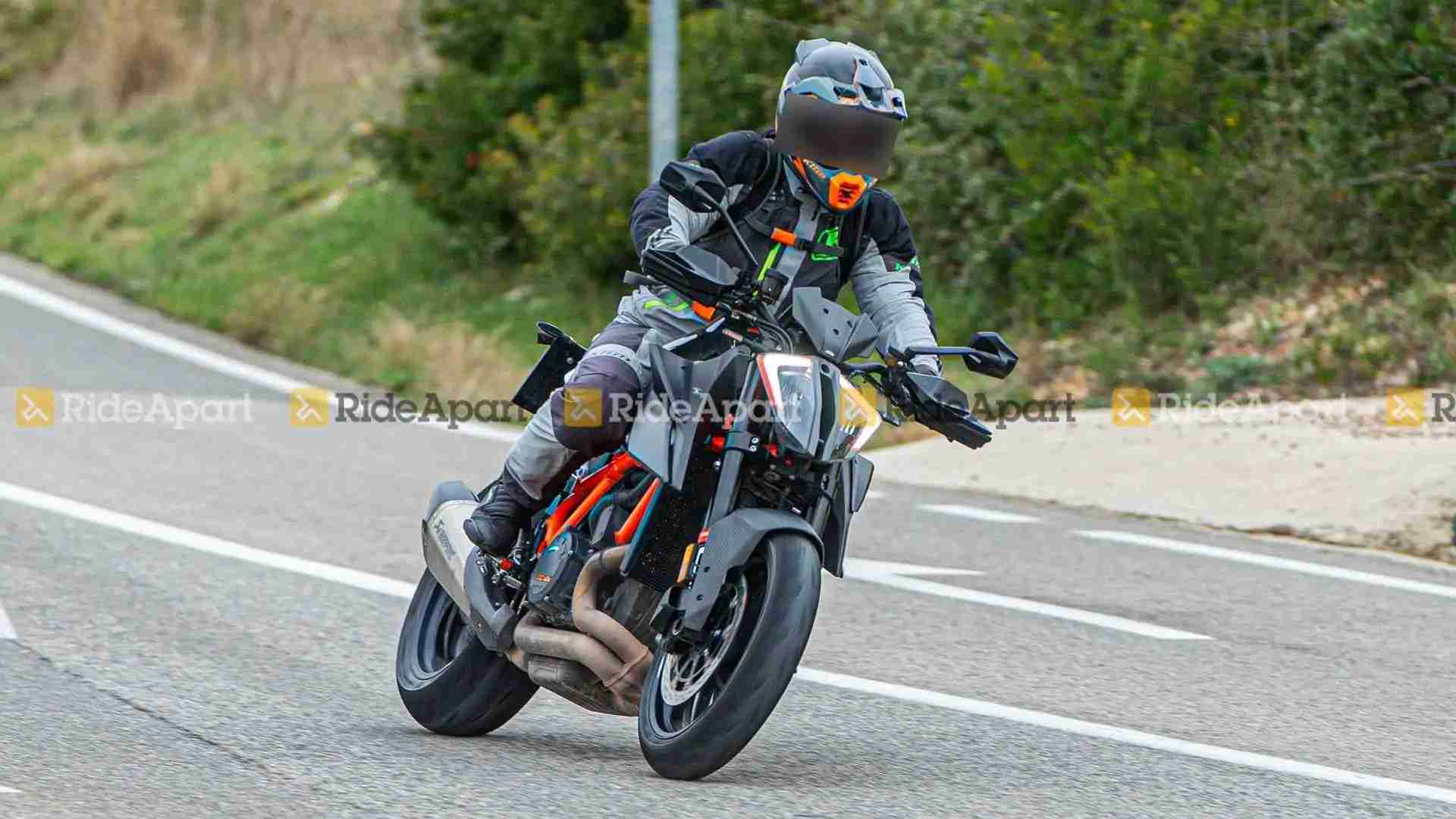 The KTM 1290 Super Duke R is one of the most agile and precise motorcycles out there. It makes for an exhilarating riding experience. For the good folks at KTM though, the Super Duke R wasn’t enough. Rumours of a lighter, more agile, and faster KTM Super Duke RR surfaced a long time ago.

In December 2020, some documents filed in Germany revealed that the Super Duke RR exists in reality and will be launched sometime soon. A little over two months since the documents were filed, spy images of the motorcycle have now surfaced.

At first glance, the KTM 1290 Super Duke RR does look more aggressive than the R. It is quite obvious that KTM worked on reducing the weight of the motorcycle by using lots of carbon fibre. The rear panels and undertail cover piece is made of carbon fibre and so are the front fender, the brake ducts, the little flyscreen, and the chainguard. 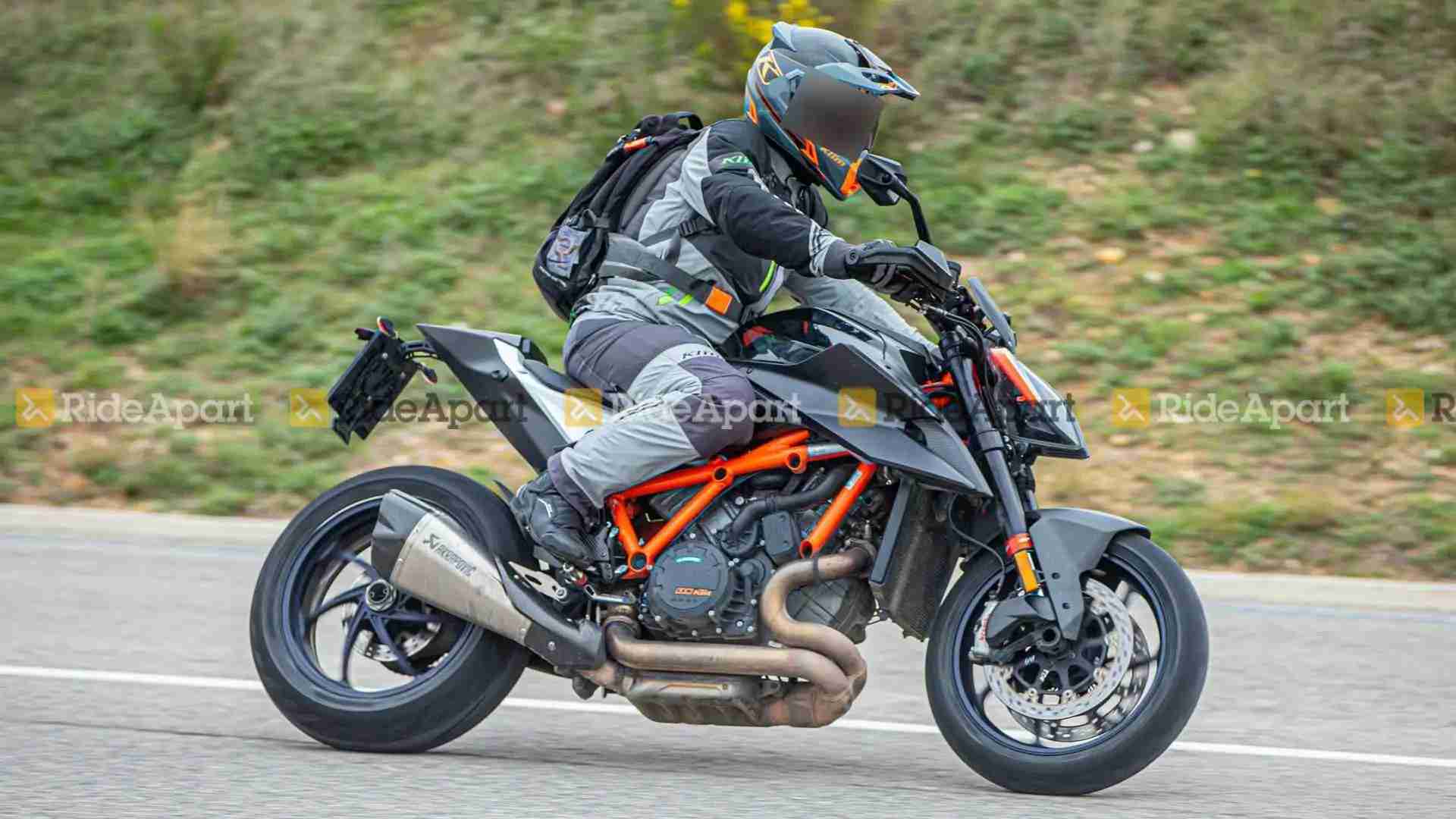 This has reduced overall weight significantly. Also, we can’t help but notice that the pillion seat is missing. Reports suggest that the motorcycle has lost around 9 kilograms of weight which brings the overall weight of the KTM 1290 Super Duke RR to around 180 kilograms.

The new Akrapovič full-system exhaust has also played a major role in weight reduction. It is completely made of titanium, which means it is super light. Also, going by the shape of it, we’re certain it sounds brilliant. The new exhaust system should have ideally resulted in an increase of 2-3bhp.

If KTM does decide to give the motorcycle a redesigned air intake and a retuned ECU, we’re looking at a power output of over 180bhp. The engine and its internals though are expected to be retained from the Super Duke R. It is a liquid-cooled, 1,301cc V-twin engine that produces 177bhp and 140Nm in the Super Duke R. 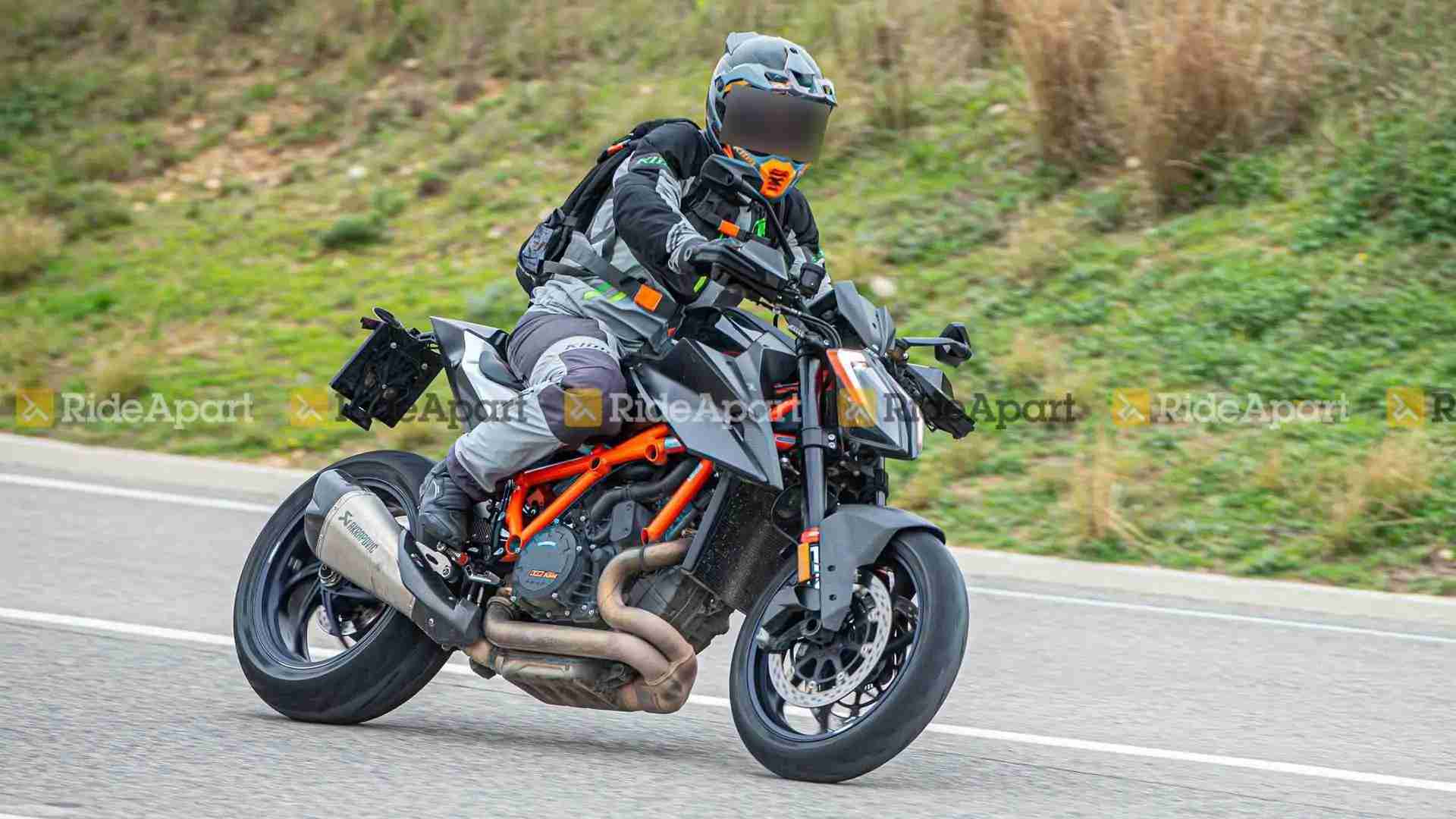 If it does receive the aforementioned changes, it is possible that this engine can produce over 180bhp. When this is combined with the 180-kilogram weight, it will reach the magical power-to-weight ratio of 1:1. This should be a hoot to ride on the twisties.

It will come with top-shelf electronics and the best suspension and brake setup out there. The KTM 1290 Super Duke RR retains the sharp and aggressive design and styling of the Super Duke R. More details are expected to be revealed over the next few months.