Honda has patented a motorcycle-mounted drone. The drone can be released from the motorcycle on the rider’s command and can make its way back to the motorcycle on being called back or when in need of recharging. The motorcycle in the patent images is an electric motorcycle and we do not see this drone technology going into production anytime in the foreseeable future. 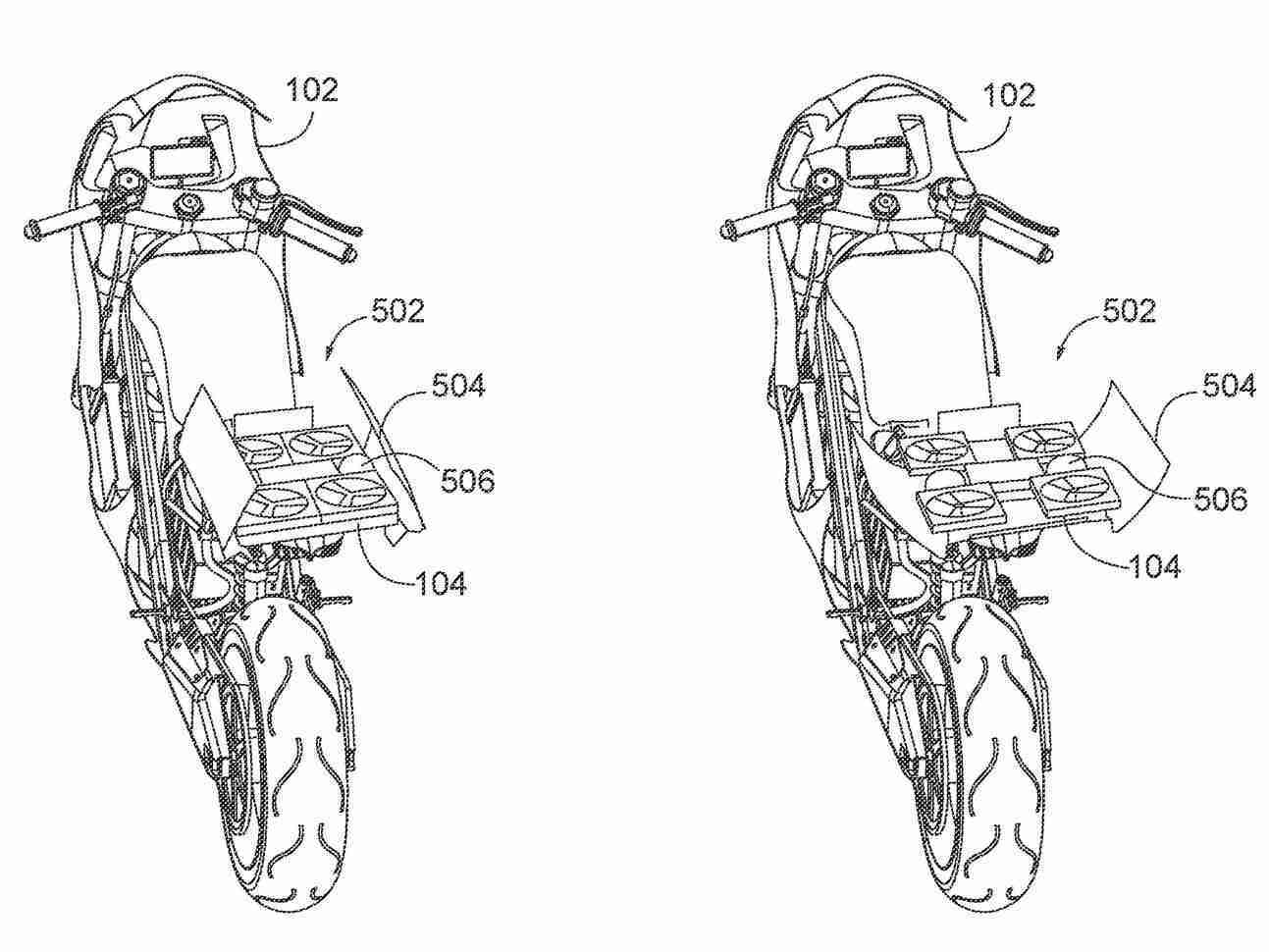 It is a fast-moving world out there and technology progresses with every passing day. A motorcycle feature that was considered to be a technological achievement yesterday, might just be surpassed today thanks to fast-paced development. The first phase of developing a brand-new technology would be to patent it. That is exactly what Honda has done.

It was only a few days ago that Honda patented a motorcycle-mounted drone. This is something that no manufacturer might have thought of or given much preference to. However, Honda has gone to the extent of patenting this tech. The images show a future Honda motorcycle, powered by a battery pack and a motor with an extended subframe.

Towards the tail-end of the motorcycle is an autonomous drone that can be released and retrieved at the rider’s command. The purpose of such a technology is vague at the moment. Honda has listed out a number of situations in which this motorcycle-mounted drone can be used. 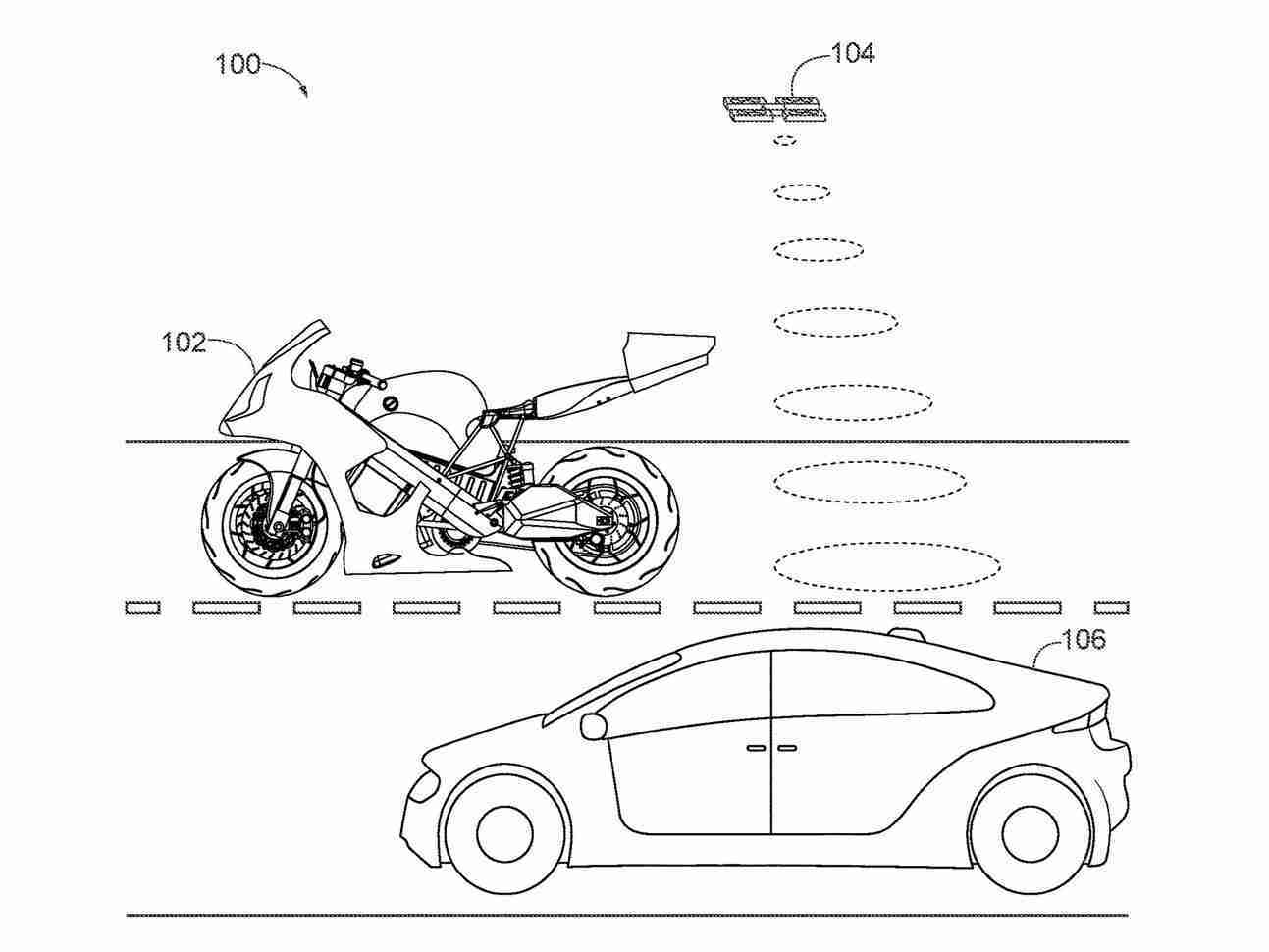 One of the uses according to Honda is, the drone can be used to pick up and deliver a fully-charged battery to the motorcycle when the battery levels fall. This could be achievable in the long-term future when battery packs become smaller and lighter. With the battery pack sizes of today, it is impossible to make a drone small enough to fit in a motorcycle and yet powerful enough to carry a battery pack.

The second use of the drone according to Honda could be as an extended communications relay. It could fly high and monitor the road conditions and traffic congestion ahead to alert the rider and other autonomous vehicles in the region.

Honda has also listed the use of the drone as a cooling system. The four high-speed rotors of the drone could be used to suck hot air away and out from the battery and electric motor. Other than these uses listed by Honda, we can think of one more. A hi-definition camera mounted onto the drone which follows your motorcycle everywhere is sure to provide brilliant footage especially in the twisties. 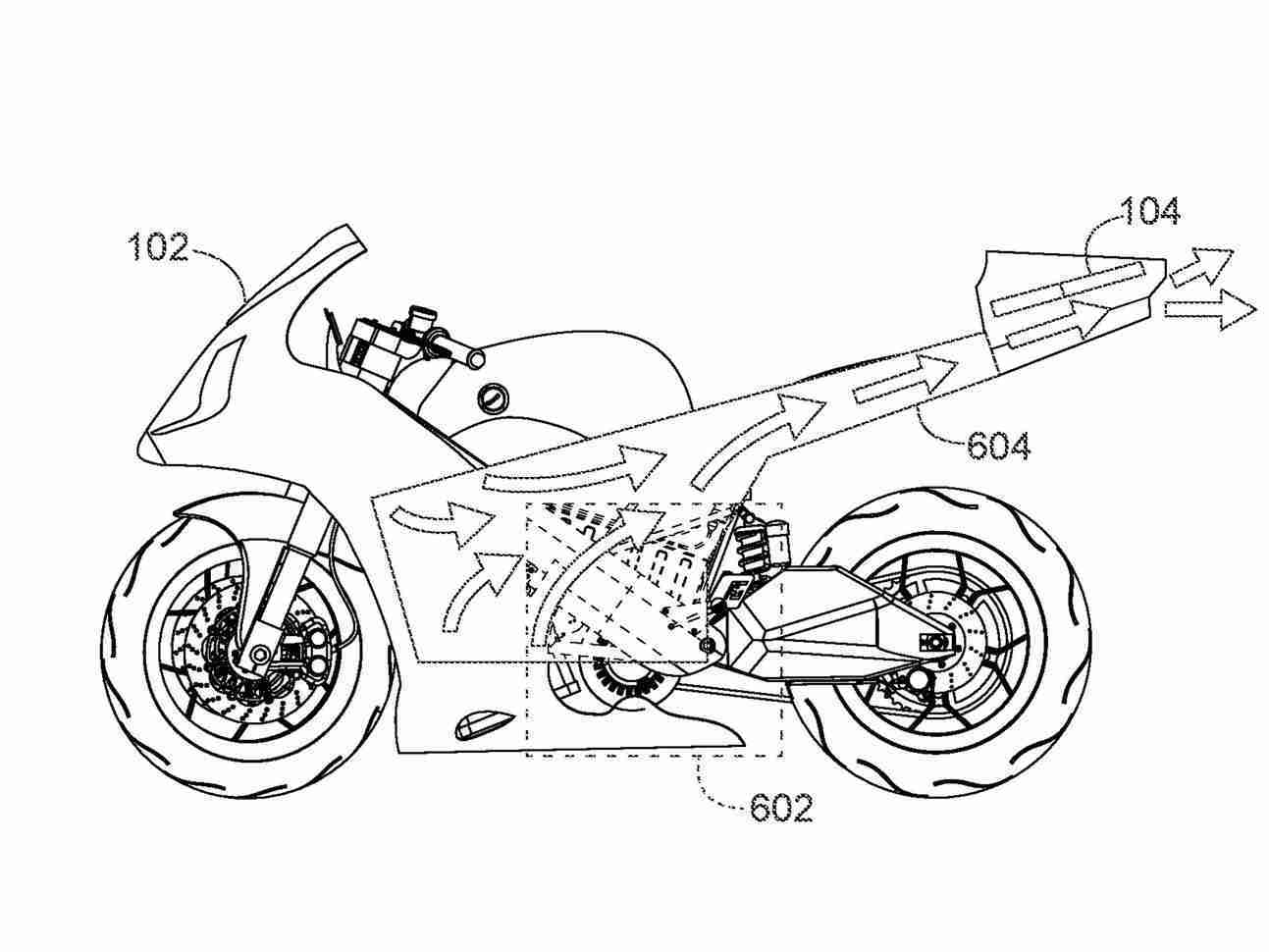 Well, it does seem like a laugh at the moment, but we are certainly headed towards a future with technology we’ve only seen in Sci-Fi books and films until now. Honda does seem to be ahead of all other manufacturers when it comes to such technologies.