The 2022 Kawasaki H2 SX has been spotted testing. The motorcycle seems to have received a comprehensive update and is now packed to the brim with technology. It will come with a fancy electronic suite and a truckload of rider aids. 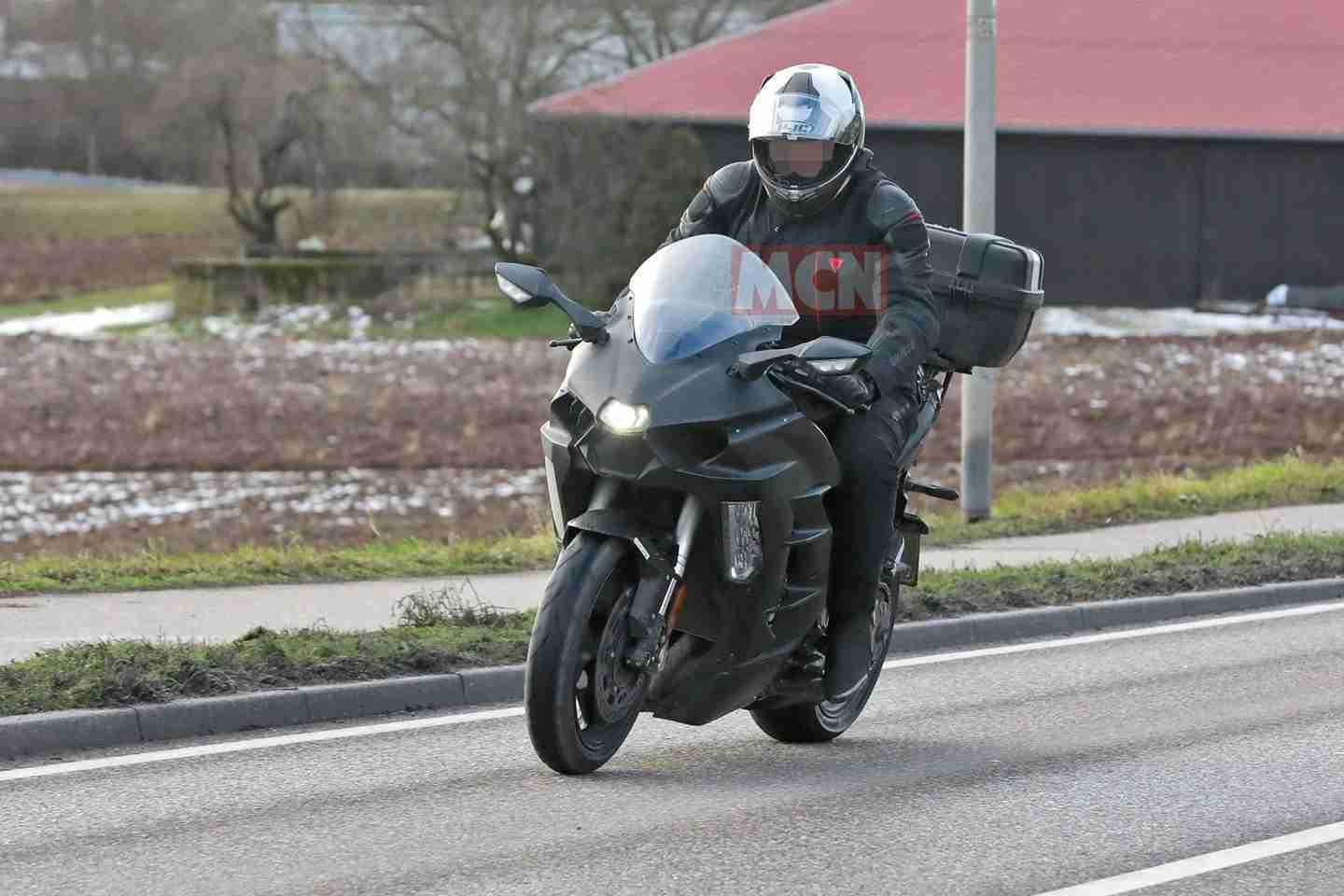 The Kawasaki H2 SX first debuted back in 2017 and took motorcycle touring to the next level thanks to its sheer speed. Its supercharged engine gave the term ‘mile-munching’ a new meaning in the motorcycling world. It also got top-notch electronics and rider aids like traction control, wheelie control, riding modes, etc.

These are still a fairly good number of electronic features even four years after its debut. Kawasaki though seems to want to be at the top of its game, ahead of the competition. In the last few months, the hot topic of discussion in motorcycle technology has been ‘Radar Systems.’

Ducati has already launched the Multistrada V4 with the technology while KTM has revealed that this tech will soon debut on its flagships. Kawasaki too had earlier indicated that Radar will be employed on its motorcycles and it seems like the 2022 H2 SX will be the first Kawasaki to feature radar technology. 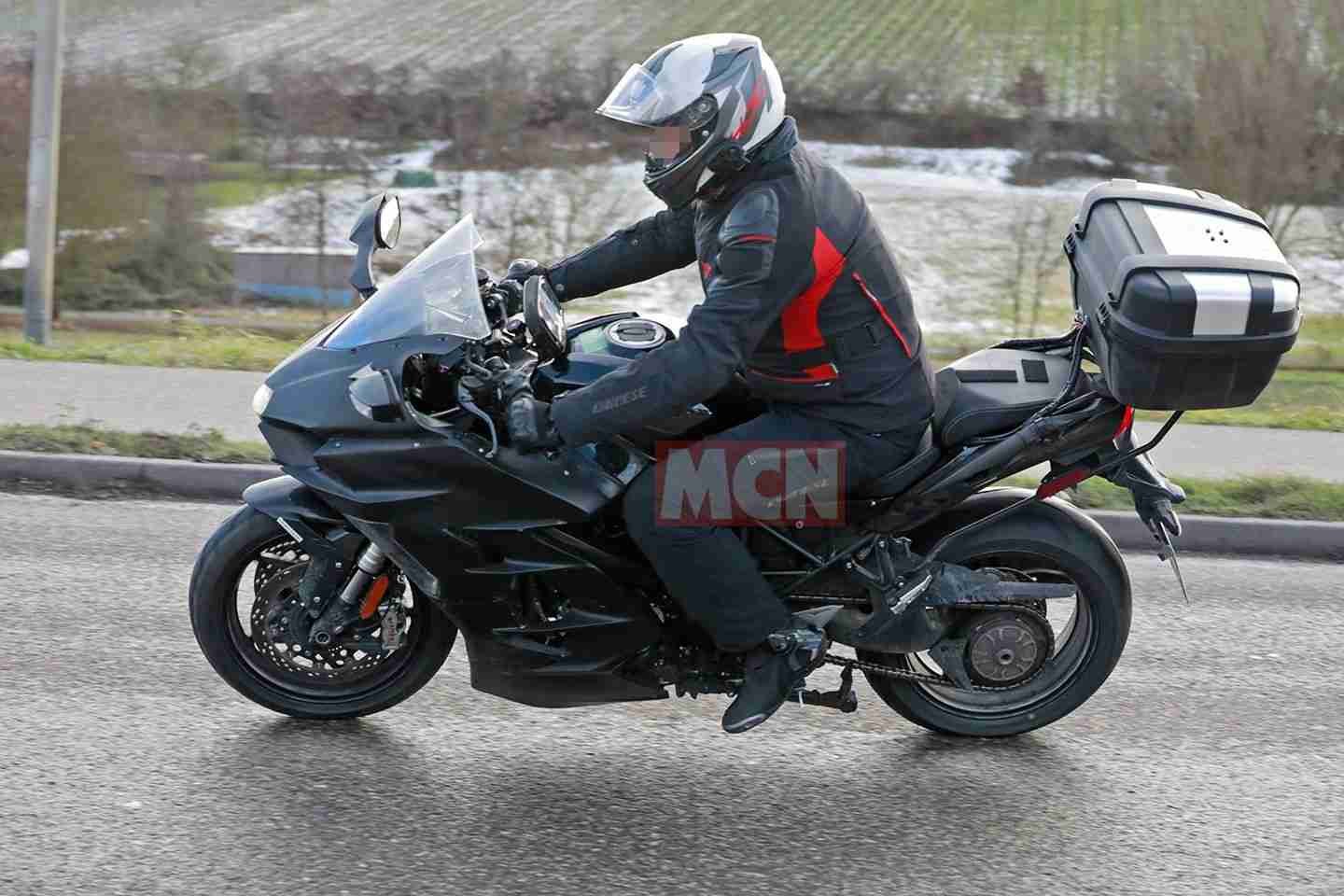 Spy images of the next-gen Kawasaki HX have now surfaced and these images have given out quite a few details of the motorcycle. Up front is what appears to be a radar sensor. Kawasaki has teamed up with Bosch for its radar systems, and the sensor placed in front scans the road ahead for vehicles or other obstructions.

If a vehicle is found, the sensor sends information to the ECU and braking system which then slow the bike to maintain a safe distance behind the vehicle in front. Once that vehicle leaves the lane or speeds up, the radar sensor gives the all-clear for the motorcycle to regain speed.

Radar sensors have been used for active cruise control situations like these for a long time now when it comes to cars, but is fresh tech when it comes to two-wheels. In the 2022 Kawasaki H2 SX though, things have gone to a whole new level. It sports an electronics suite that constitutes quite a few sensors and elements working together and one of those elements is the camera placed behind the windshield. 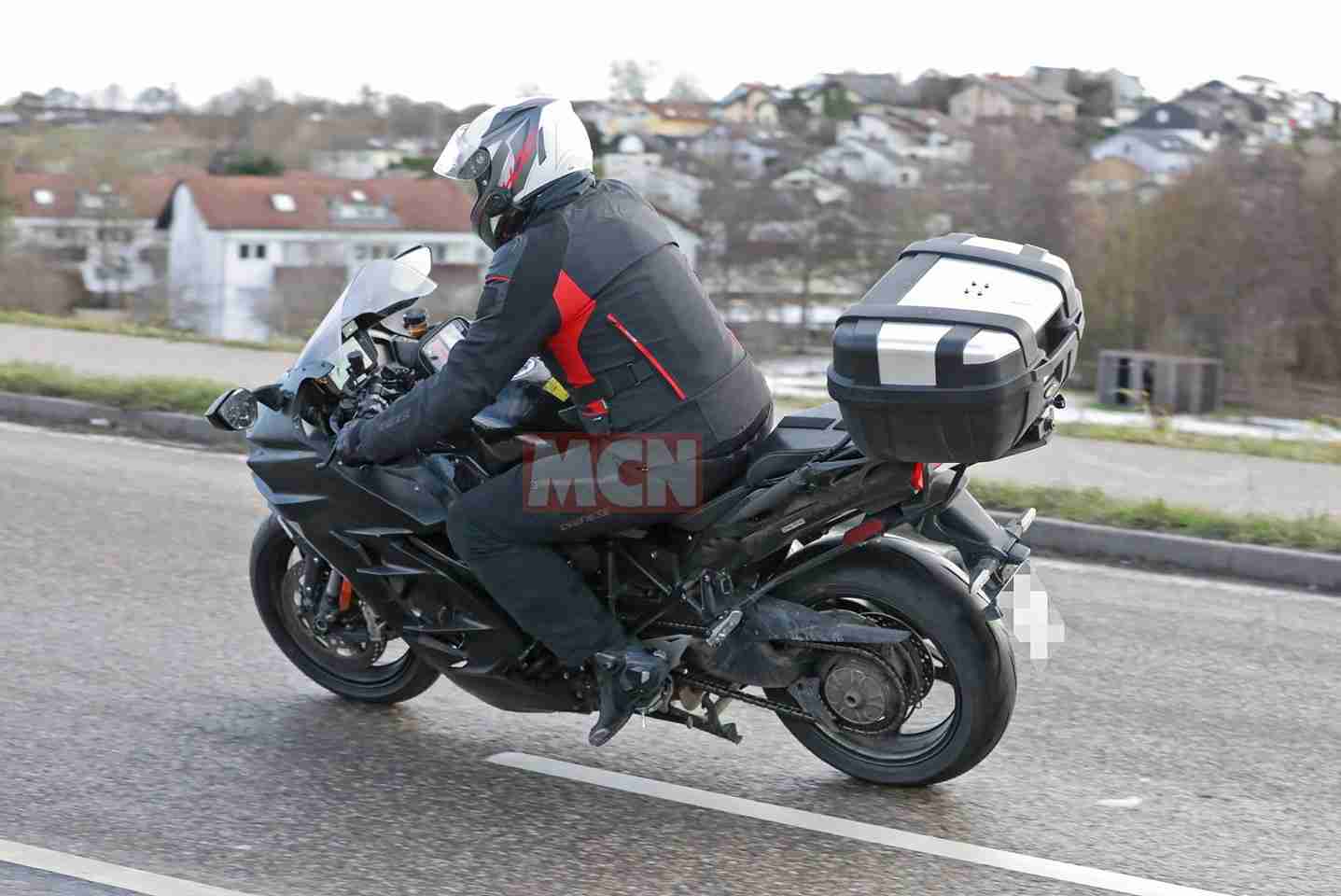 The Japanese motorcycle manufacturer had previously patented a unique camera system to scan the road ahead and feed information to the bike’s electronics. The imagery from the camera will be combined with data from an onboard GPS sensor. This allows the various active components of the motorcycle to be better prepared for what is to come.

For example, if the rider is going pretty quickly in the twisties and the camera spots a corner coming up, the imagery from the camera is cross-referenced with data from the GPS sensors. This will tell the system whether the corner is a 90-degree turn or a hair-pin bend. The onboard electronics will then allow for maximum braking power and stiffen the front suspension in anticipation of hard braking.

It is electronic wizardry and pretty exciting stuff. Such technology has already been in use in some flagship cars from Rolls-Royce, Bentley and even the Mercedes-Benz S-Class. However, in these cars, it was to keep the occupants safe and comfortable. In case of the upcoming Kawasaki H2 SX though, it will be used to increase safety and performance.

No other details are available at the moment, but we expect Kawasaki to use the same engine configuration. The motorcycle will feature semi-active suspension and top-spec brakes too. The next-gen Kawasaki H2 SX is expected to be launched towards the end of 2021. More details will come out over the next few months. 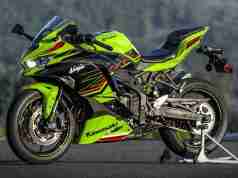