The 2021 Royal Enfield Himalayan has been launched in the Indian market with prices starting at Rs 2.01 lakh (ex-showroom, Chennai). The motorcycle is now available in three new colours and features the much-awaited Royal Enfield Tripper navigation system. It remains unchanged in terms of the mechanicals and other cycle parts. 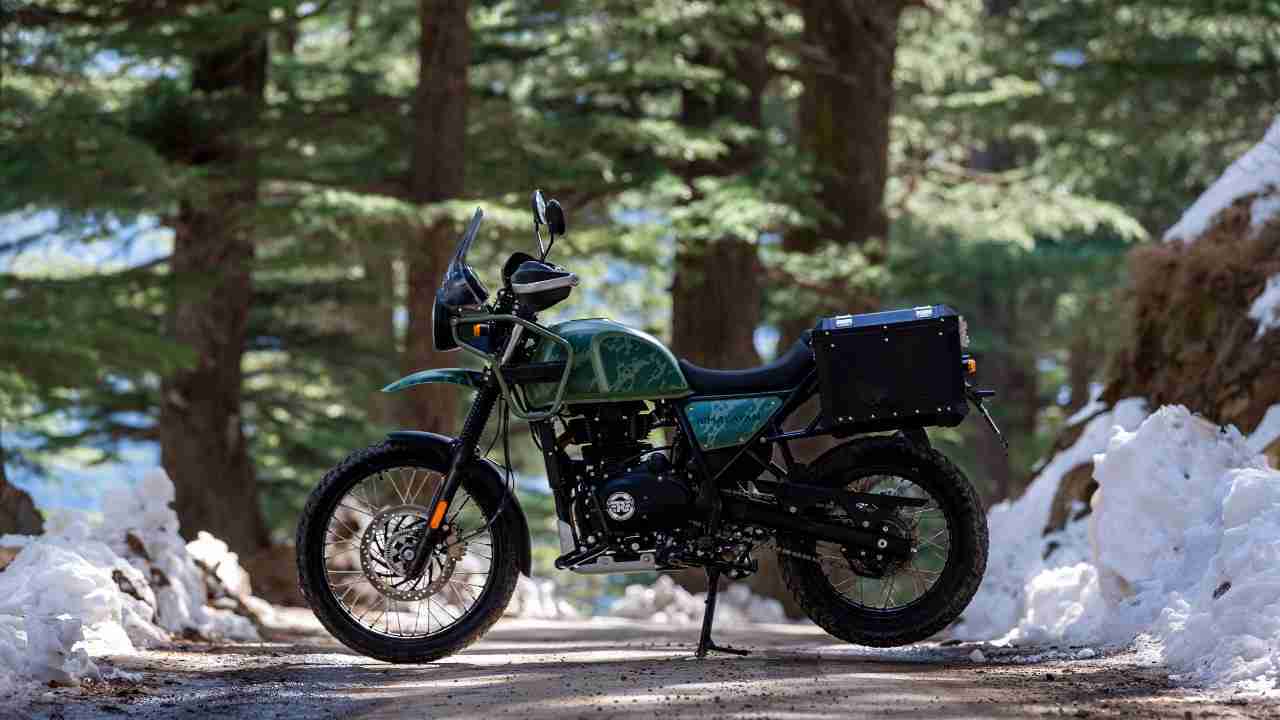 The Himalayan is one of the best-selling Royal Enfield motorcycles in the Indian market. It debuted back in 2015 and was launched in 2016. The early models of the Himalayan were plagued with various issues. The engine was coarse and rough while the build quality of the motorcycle wasn’t anything to praise either.

The engine was better and so was the build quality. It became one of the best motorcycles to buy in the Indian market for those looking at an ADV motorcycle. Now, with the 2021 model, Royal Enfield has made the Himalayan even better. In terms of design, the motorcycle remains the same. 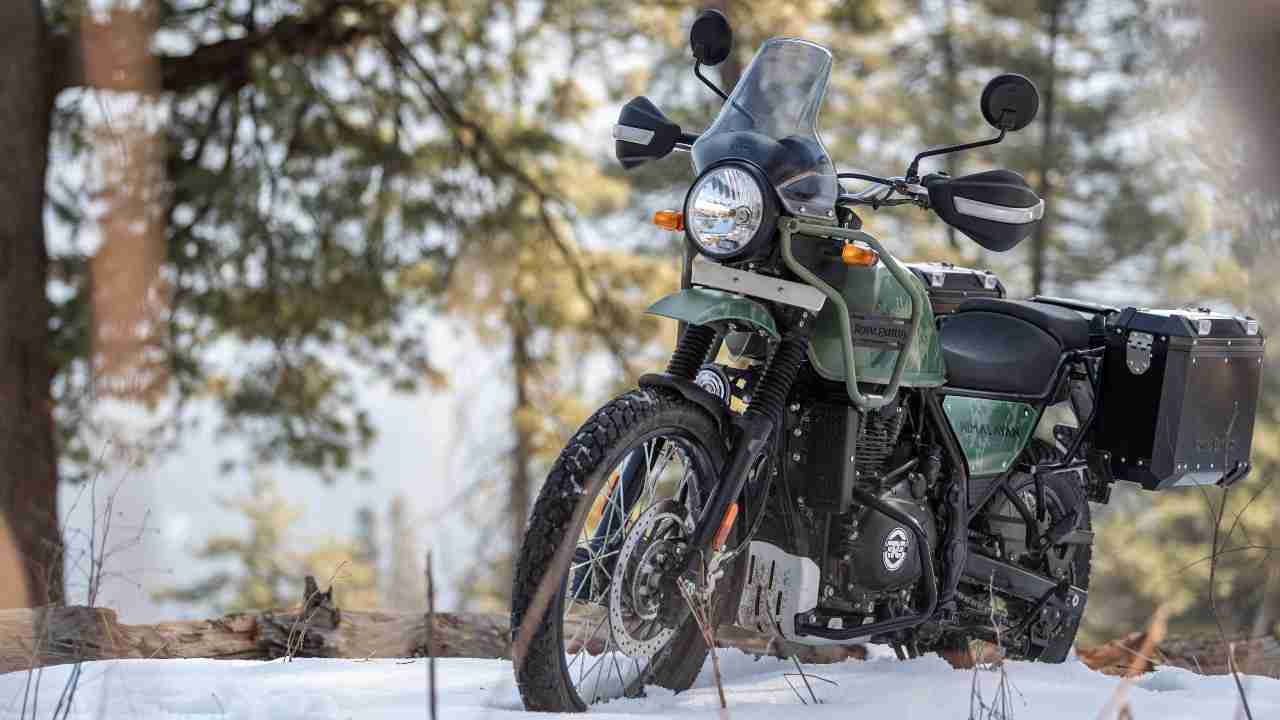 It still has that tall stance, the circular headlamp up front, and the utilitarian rear-end. There are a couple of changes when it comes to the styling aspect though. The metal frame that flanks the fuel tank has been redesigned. The frame is there to help with the mounting of small jerry cans on either side to carry extra fuel.

However, it was found that the frame would touch the taller riders’ knees often and hence it has now been moved forward with this update. The 2021 Royal Enfield Himalayan also gets three new colour options — Mirage Silver, Granite Black and Pine Green. The biggest feature addition to the 2021 Royal Enfield Himalayan is the Tripper navigation system.

The tripper made its debut with the Royal Enfield Meteor a few months ago and the Himalayan has now become the second motorcycle to receive this system. On the Himalayan, the circular TFT display has been placed to the right side of the analogue-digital instrument cluster. It isn’t integrated into the dashboard which does make it look like an extra fitting. 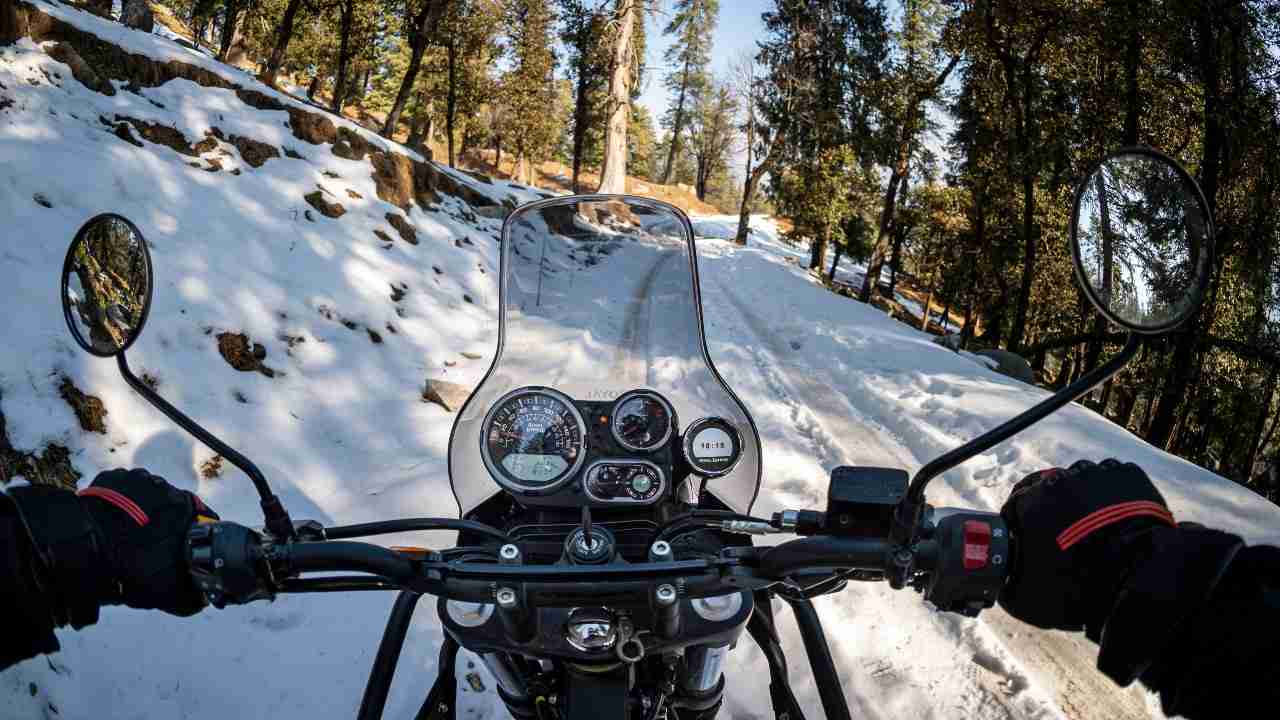 It connects to a smartphone via Royal Enfield’s app and displays directions for navigation. The 2021 Royal Enfield Himalayan is powered by the same air and oil-cooled engine with a maximum power output of 24.5bhp and a peak torque output of 32Nm. The rear wheel is driven by a 5-speed gearbox. The motorcycle is also equipped with dual-channel ABS.

At a starting price of Rs 2.01 lakh, prices have been hiked by Rs 10,000 which is value for money given that the new navigation system has been added to the motorcycle.