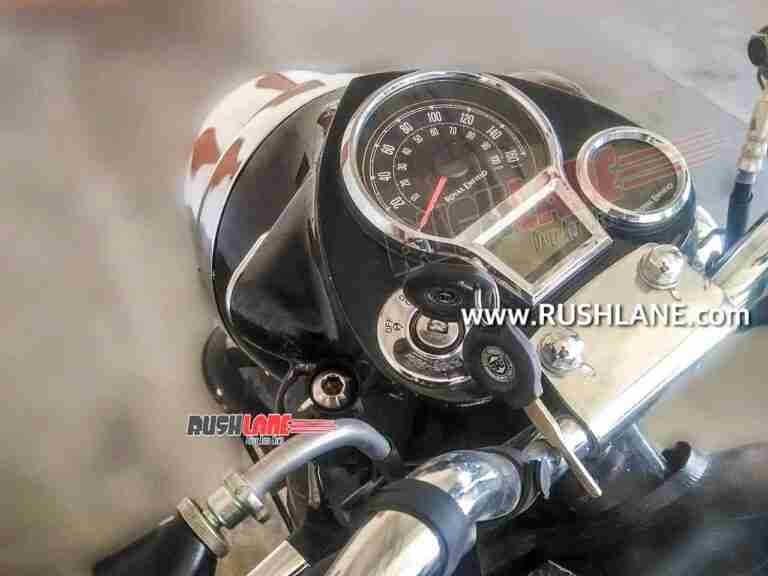 The Classic 350 has been Royal Enfield’s best-selling model for several years now. Buyers love the motorcycle for its timeless design and for the usability it offers. However, the model has been in its current form for a long time now and there is no doubt that it is old. Sure, it did get updates in the form of an ABS system, and a BS6 compliant engine.

It was known for a long time now that Royal Enfield is developing the next-gen Classic 350 on this new platform. The motorcycle has been spotted several times until now and many spy images have already revealed most of its details. Now, a new set of spy images have revealed another important detail — the Royal Enfield Tripper navigation system. 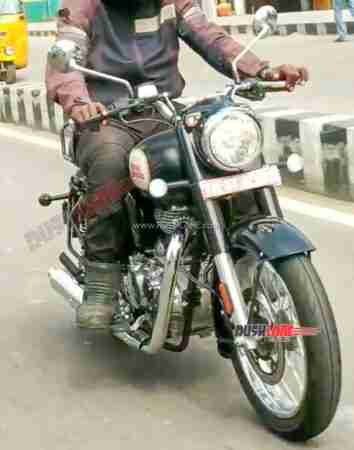 The Tripper has been in development for a long time now and debuted with the Meteor 350. It was known that this system would eventually make it to other Royal Enfield models too. More recently the Tripper Navigation system debuted on the 2021 Royal Enfield Himalayan too.

Most of us did feel that the circular TFT screen fitted next to the instrument console of the Himalayan was more of an afterthought and it does look like an aftermarket fitment. With the upcoming Classic 350 though, it is a more thorough job as this spy image reveals. The entire instrument console has been updated.

It is still the same metal, body-coloured headlamp enclosure unit that we’ve seen on the Classic and Bullet models for ages. However, it is now an analogue-digital setup. It gets an analogue speedometer with the same classic fonts and numbers mentioned in km/h as well as mph.

Under it is a non-colour LCD screen which might display the trip meters, odometer, and maybe even the average fuel consumption. Right next to it is the full-colour circular TFT screen for the Tripper system. This will allow mobile phones to be paired to the screen and once the destination is confirmed on the mobile phone, navigational instructions will be displayed on this little TFT screen.

As aforementioned, the motorcycle will be powered by the same 350cc engine as the meteor. It has a maximum power output of 20.2bhp and a peak torque output of 27Nm. It is unknown at the moment if Royal Enfield will tune it differently for the Classic 350. Almost all details of the upcoming Royal Enfield Classic 350 have been leaked by spy images. It does seem like we’re very close to the motorcycle’s launch, although the exact date hasn’t been confirmed yet.