The 2021 KTM 1290 Super Adventure R has been revealed. It is now KTMs flagship Adventure motorcycle and gets lots of changes that make it lighter and faster. It also features redesigned bodywork to make it more aerodynamic. 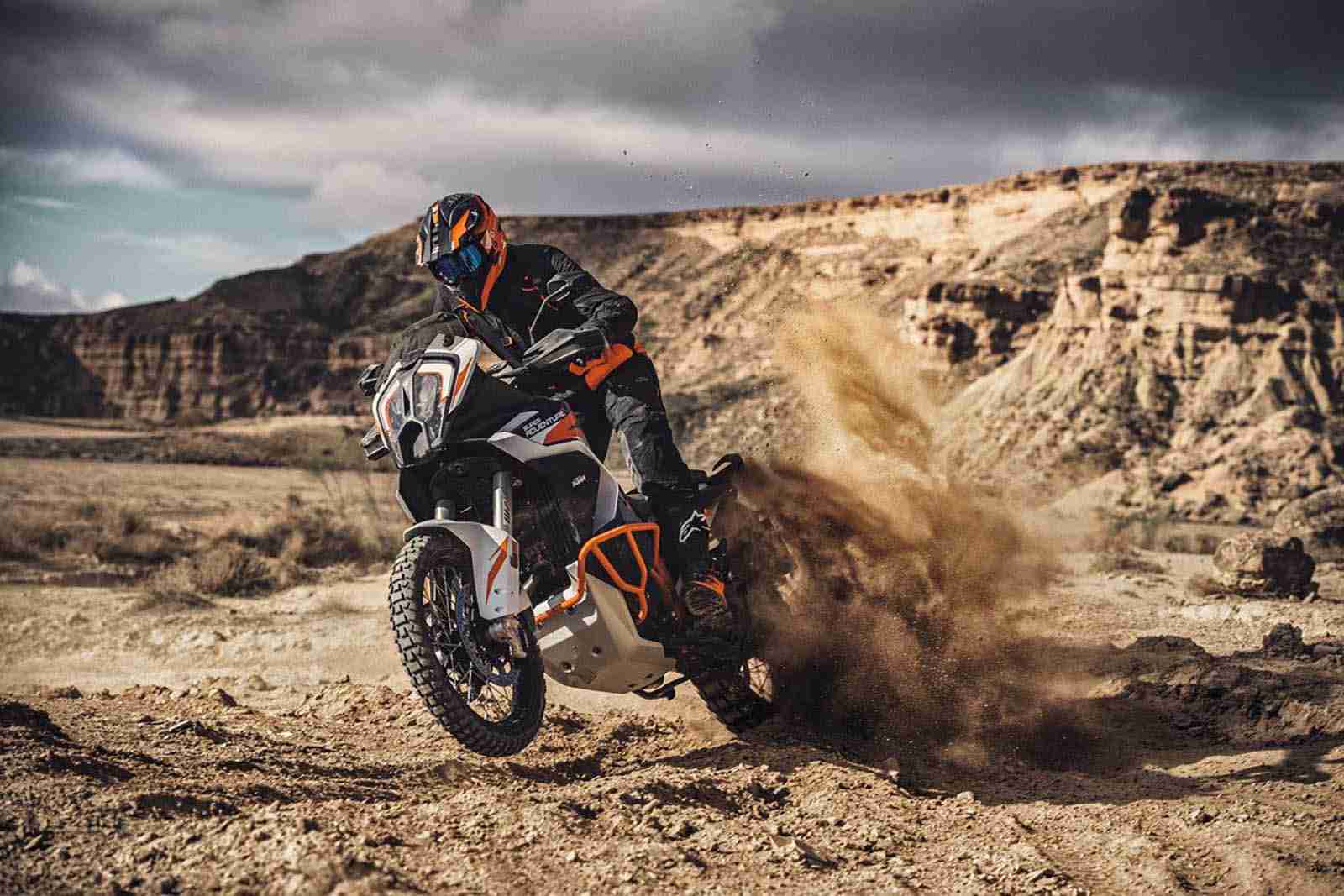 The KTM 1290 Super Adventure is one of those motorcycles which conveys the message that it can do everything just through its looks. Combine these rally-replica looks with a powerful engine and top-shelf cycle parts, you’ve got an all-conquering motorcycle.

Then there’s the R variant which gets top-notch suspension, making it even faster especially in tricky off-road sections. Now, KTM has revealed the 2021 model year of the 1290 Super Adventure R. The motorcycle now sports new body panels that make it look slimmer. The front-end too has received some design changes.

It still features the same LED headlamp and windscreen. The frame of the motorcycle has been revised to make it more rigid. The 2021 KTM 1290 Super Adventure R is powered by the same liquid-cooled, 1,301cc, V-twin engine with a maximum power output of 158bhp at 9,000rpm and a peak torque output of 138Nm at 6,500rpm. A 6-speed gearbox drives the rear wheel. 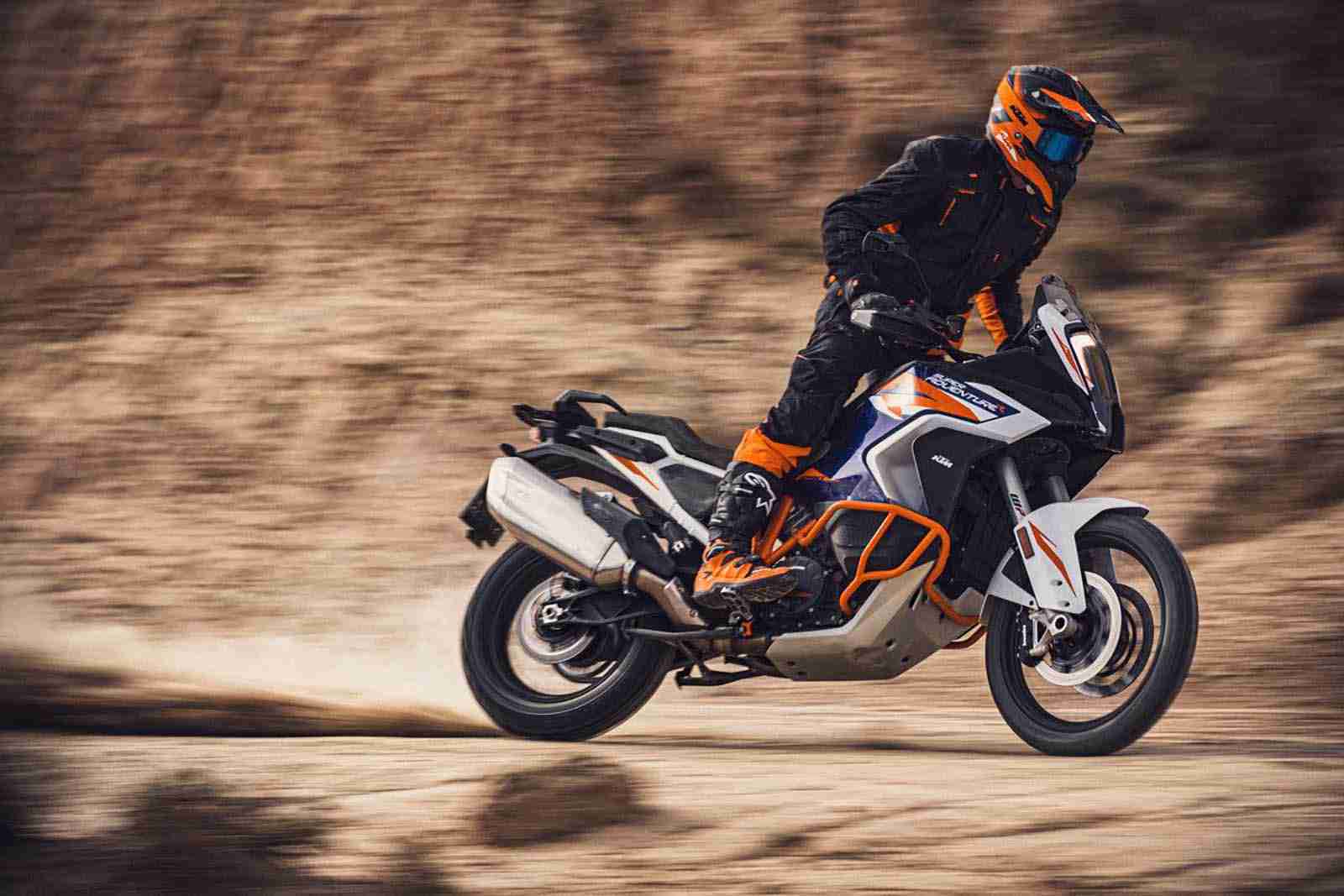 The engine has received several changes to make it lighter and to increase throttle response. The engine cases are lighter and the pistons are new and the entire unit is now 1.6kgs lighter. The exhaust system too has been revised. KTM also claims to have worked on the gear shifting mechanism to make shifts faster and slicker. A quickshifter is being provided as an optional extra.

The motorcycle gets a rally-style three-part fuel tank which helps increase fuel capacity and a lower centre-of-gravity. The KTM 1290 Super Adventure R gets an advanced suite of electronics. A 7-inch TFT screen displays all required information.

The motorcycle features a 6-axis Inertial Measurement Unit (IMU), traction control, slide control, cornering ABS, and four riding modes. It also gets a specific ‘Rally’ mode which allows the rider to select different levels of wheelspin. It runs on wire-spoked wheels from Alpina shod with off-road biased tyres from Bidgestone. 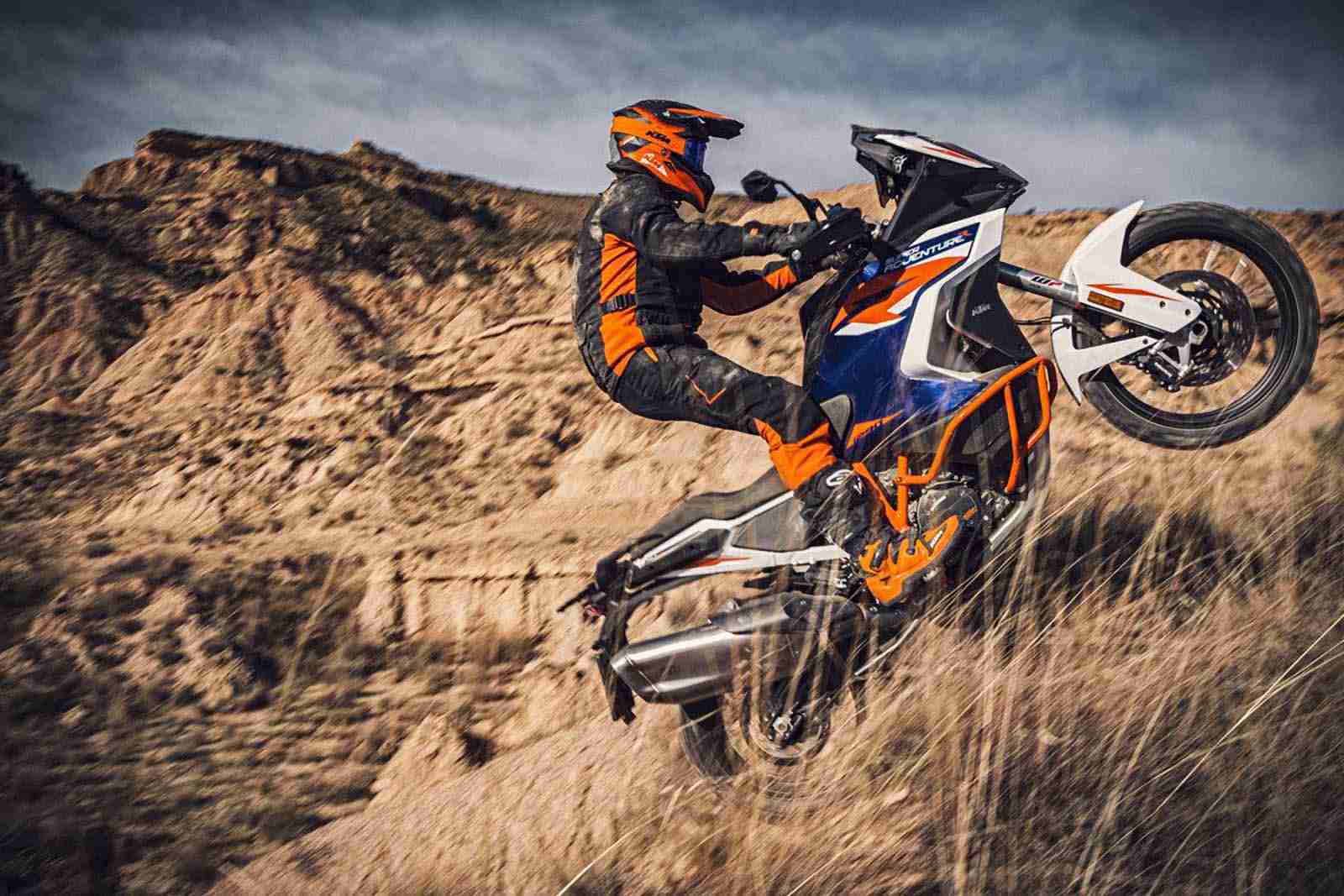 Braking is taken care of by top-spec units from Brembo. Suspension duties are handled by fully-adjustable WP XPLOR upside-down fork at the front and monoshock at the rear, offering 220mm travel at both ends.