The 2021 Kawasaki W175 has been launched in Indonesia. It is a retro-themed motorcycle that comes with the bare basics and is expected to debut in India later this year. When launched in India, it will become Kawasaki’s least expensive offering in the Indian market. 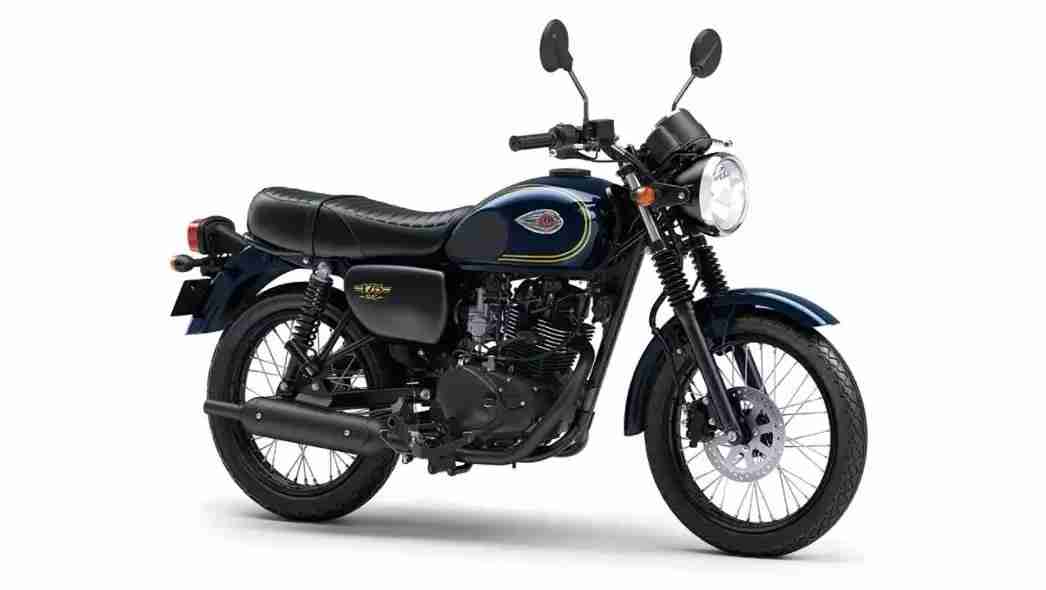 The W175 certainly isn’t one of the most-known Kawasaki models, but it certainly is one of the cheapest. Its low price point makes it more lucrative, especially in the Asian market. It is one of the best-selling motorcycles in the Indonesian market, and Kawasaki has launched the 2021 version in new colours.

It is now available in three colour options — Ebony, White, and Metallic Ocean Blue. In terms of design, it remains the same. Up front is a circular halogen-powered headlamp and right above it is the analogue instrumentation that includes the speedometer, trip meter, and odometer.

Powering the Kawasaki W175 is an air-cooled, 177cc, single-cylinder engine with a maximum power output of 12.9bhp at 7,500rpm and a peak torque output of 13.2Nm at 6,000rpm. A 5-speed gearbox drives the rear wheel. Suspension duties are handled by a telescopic fork up front and twin shocks at the rear. Braking is taken care of by a disc up front and a drum at the rear.

Back in November 2020, the Kawasaki W175 was spotted testing in India and we expect the motorcycle to be launched in the Indian market later this year. More details about the launch are expected to surface as we draw closer to the launch date. What we do know right now is that the W175 will become the least-expensive Kawasaki in India by a large margin. However, it will still cost more when compared to other 180cc motorcycles currently sold in India.