The 2021 Aprilia Tuono V4 has been revealed. The motorcycle comes with several major updates both in terms of design as well as in mechanical and technical aspects. It is now Euro 5/BS6 emissions compliant and we expect a global launch to follow. 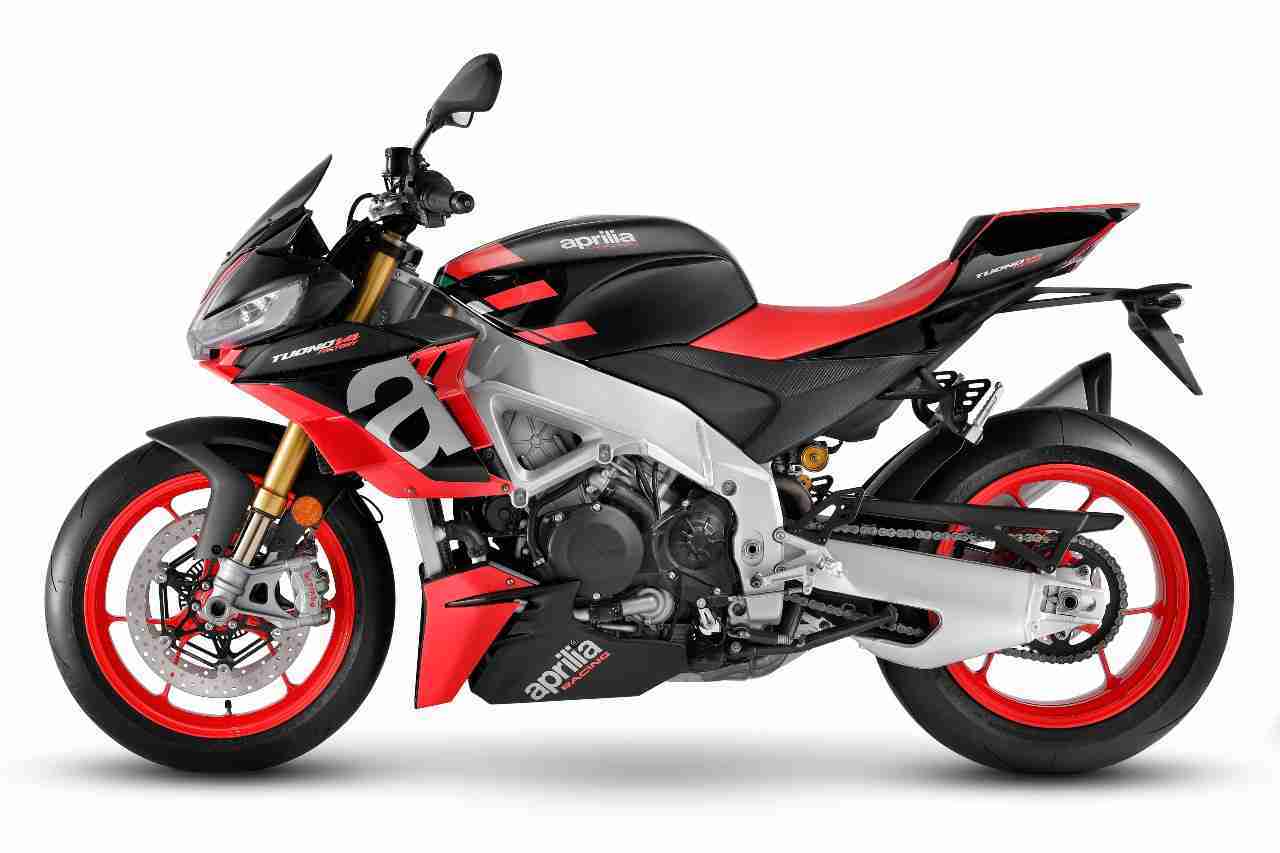 The Aprilia Tuono V4 has always been one of the most versatile motorcycles in the world. Thanks to its advanced chassis, electronics, and that gem of an engine, it has always been a brilliant ride out on the racetrack and on the twisties. This is one superbike that has always managed to put a wide grin on the rider’s face no matter how short or long the ride is.

Up front is an LED headlamp. Aprilia has stuck to the old tri-headlamp setup, but it now has more curves and is more gorgeous. It makes the motorcycle more modern and lovely. Right above it is a large flyscreen and a rather upright handlebar. On both sides of the motorcycle is a bikini fairing that cleverly encloses the winglets.

At the bottom is a large engine cowl. The beautifully crafted frame is exposed and it makes for a visual delight. The rear is rather simple yet attractive to behold. The 2021 Aprilia Tuono V4 is powered by the same engine as the outgoing model. However it is now Euro 5/BS6 emissions norms compliant, yet, it hasn’t lost out on power.

It is a liquid-cooled, 1,077cc, V4 engine with a maximum power output of 175bhp and a peak torque output of 121Nm. A 6-speed gearbox drives the rear wheel. The 2021 Aprilia Tuono V4 gets a truck-load of electronics and rider aids.

The 2021 Tuono V4 also gets top-shelf suspension and brakes. It features semi-active Ohlins Smart EC 2.0 suspension at the front and rear. Braking is taken care of by twin discs up front and a single disc at the rear. The 2021 Aprilia Tuono V4 is expected to be launched in Europe within a few days while the India launch will happen at a later date.