Triumph Motorcycles is working on the development of two new 660cc motorcycles. An image of a presentation from a Triumph dealers’ meet has been leaked. This image reveals that Triumph is developing an Adventure bike and an Adventure Sport motorcycle based on the Triumph Trident platform. 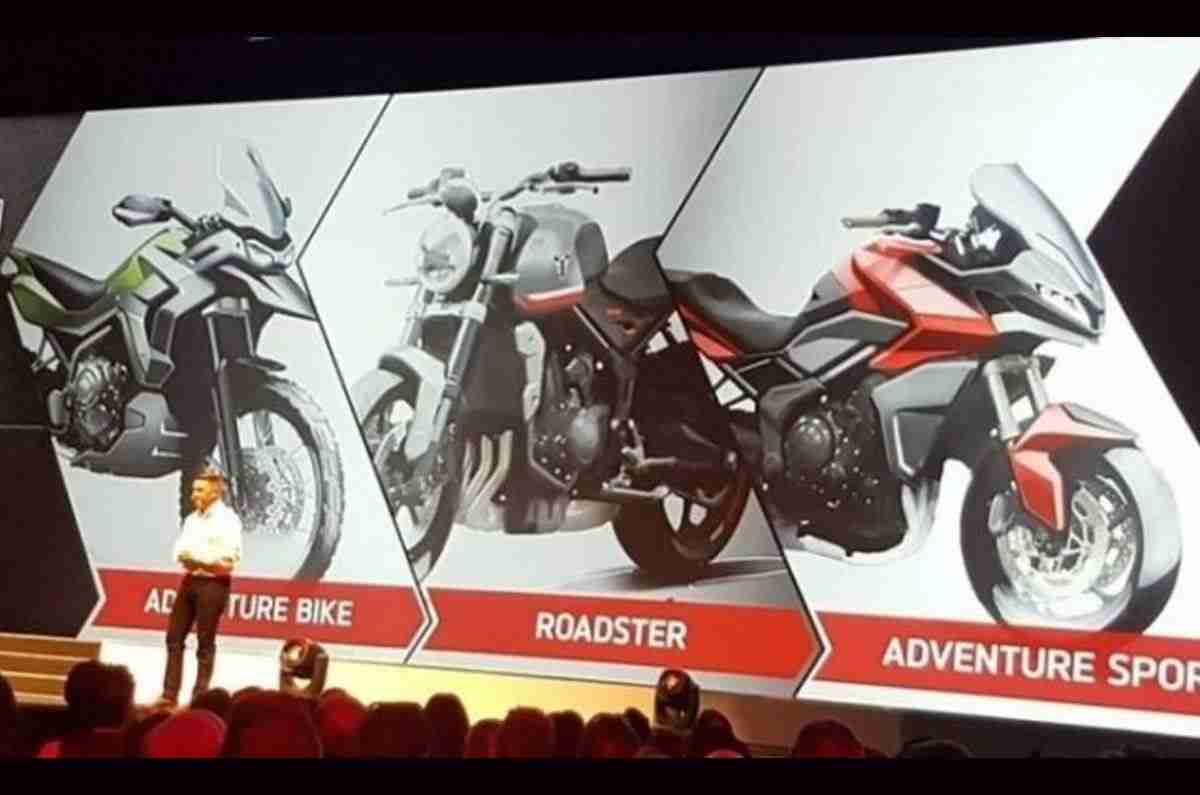 It has only been a few days since the Triumph Trident made its debut. The naked roadster is the entry-level motorcycle from Triumph. The Triumph Trident was received with much fanfare. Enthusiasts and critics alike praised the motorcycle. Triumph on the other hand seems to have more plans to make use of the potent 660cc platform.

In recent times, the mid-weight motorcycle segment has gained more popularity. Aprilia recently launched the RS 660 amidst much fanfare and is preparing the Tuono 660 for its debut too. Honda launched the CBR600RR, Kawasaki has since a long time been a major player in the 600-650cc segment with bikes like the Z650, Ninja 650, ZX-6R, etc.

Now, it seems like Triumph too wants a piece of the action. The leaked image reveals what looks like a presentation at a Triumph Dealers’ meet. It displays the Triumph Trident in the centre taking care of the roadster category. To the left is a motorcycle that looks like the new Triumph Tiger 900 Rally. To the right is an Adventure Sport motorcycle concept.

It is obvious that Triumph is developing the two motorcycles on the potent and capable 660cc platform. The motorcycles will be launched sometime next year. We expect them to be revealed in the next few months. India will be one of the first markets in the world to get the new motorcycles.