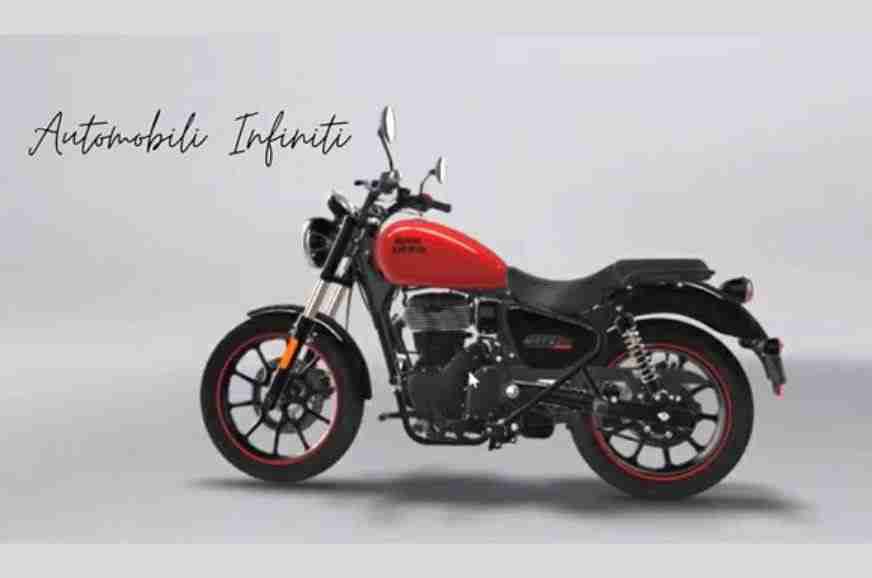 Built on a new platform, powered by a new engine and equipped with modern features, it brings with it a new direction for Royal Enfield. More recently, the variants, colours, and features of the motorcycle were leaked. The leaked information revealed that the motorcycle would be made available in three variants with small differences.

Now though, more information about the upcoming motorcycle has been leaked through images of what looks like the official webpage for the new product. The first and foremost of these are the power output figures. We already knew that the Royal Enfield Meteor 350 would be powered by a brand-new air-cooled, 346cc, single-cylinder engine. 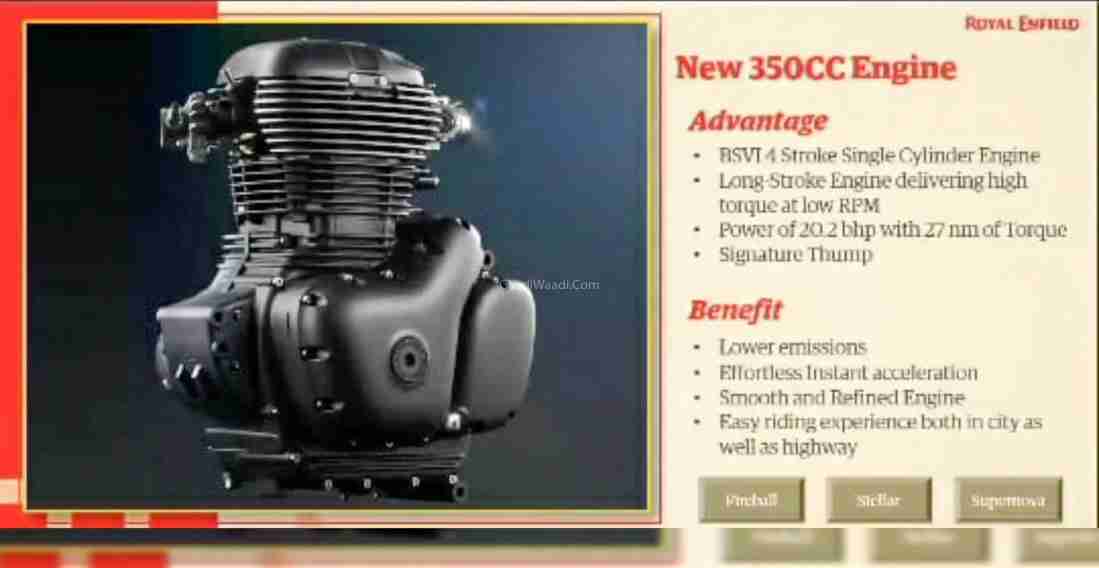 For the first time, a 350cc Royal Enfield motorcycle will be powered by a SOHC (Single Overhead Camshaft) engine. This should prove to be a huge step-up in terms of refinement, especially when compared to the current pushrod system.

The images also indicate that the transmission is brand-new, including the clutch and gearbox, which should also contribute to an increase in refinement. These new leaked images have also given us a clearer look at the much-talked-about ‘Tripper’ inbuilt navigation system. It includes an analogue-digital instrument cluster, with a small, circular, full-colour TFT screen.