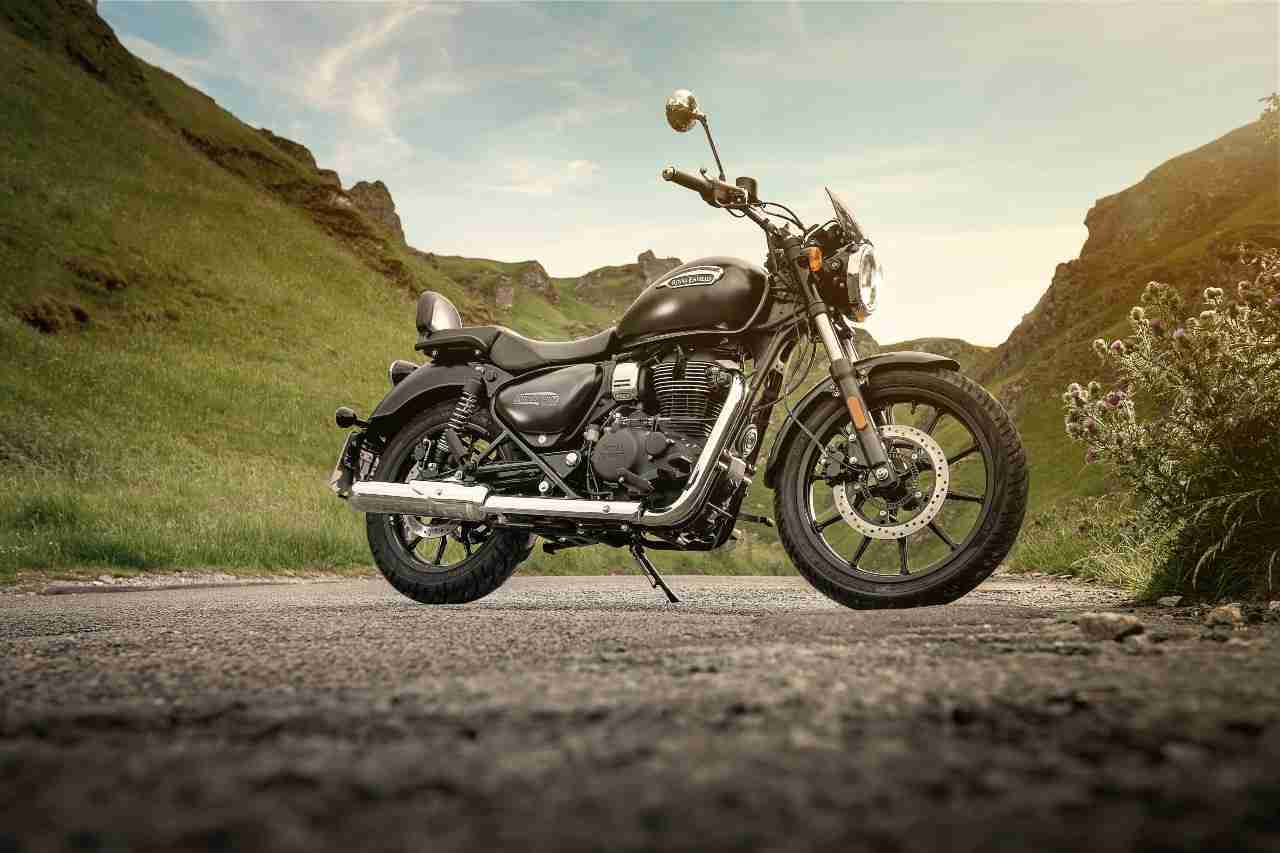 The Thunderbird was a good-looking motorcycle that did a great job at being an easy urban motorcycle and also a brilliant cruiser out on the highway. The Thunderbird X took it a step further with updated styling and new attractive colours. Clearly then, the Royal Enfield Meteor 350 had big shoes to fill.

Well, Royal Enfield has equipped the Meteor with enough and more to take the legacy forward. The Royal Enfield Meteor certainly looks the part. It features the signature cruiser design language. Up front is a circular headlamp and right above it is a new analogue-digital instrument cluster with Bluetooth connectivity. The motorcycle features a large, voluptuous fuel tank and premium seats. 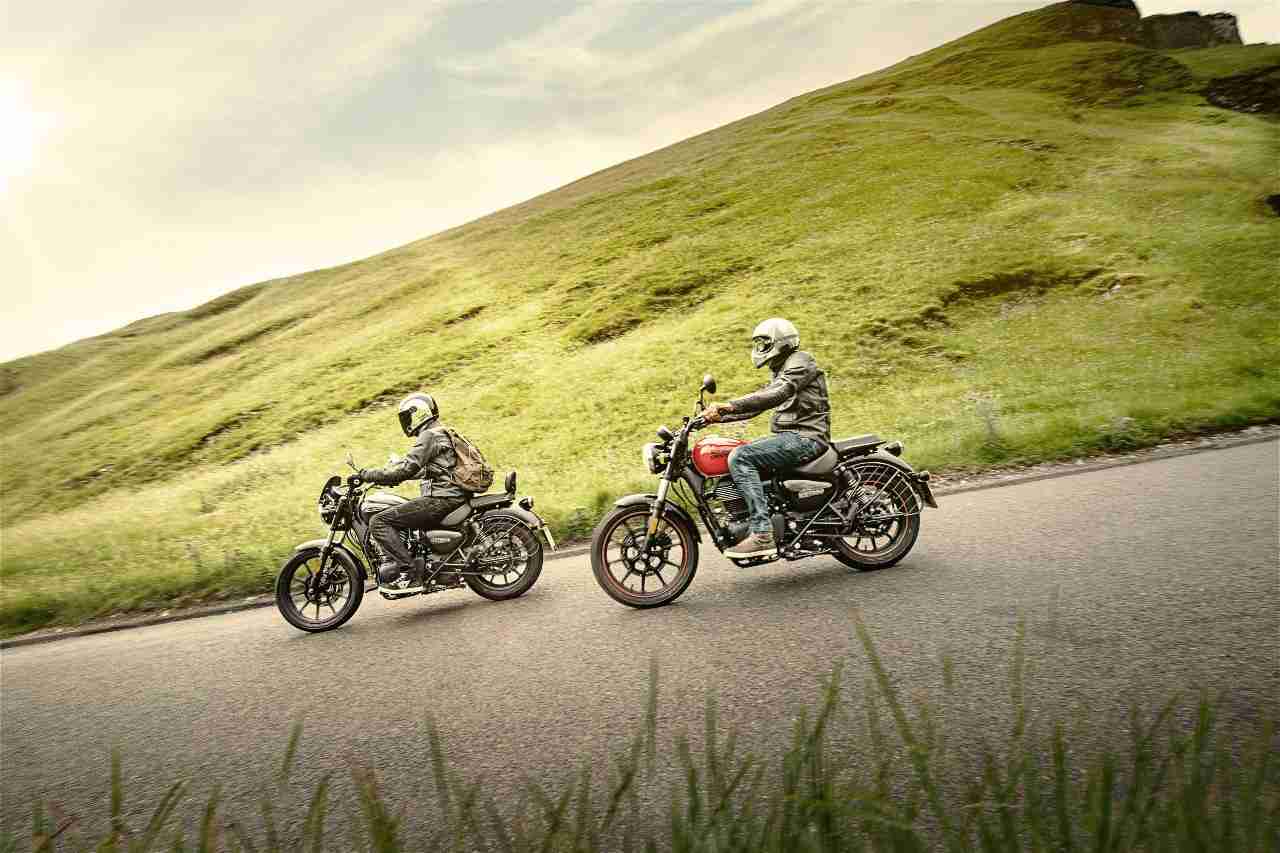 The rear-end is quite simple with large fenders and the tail lamp and turn signal indicators mounted on it. It rides on 19-inch and 17-inch alloy wheels at the front and rear respectively. The Royal Enfield Meteor 350 has been launched in three variants and the main differentiators between them are the colours in which they are offered.

The base variant is called Fireball and is priced at Rs 1,75,825. This variant is available in Fireball Red and Fireball yellow colours. Only the fuel tank is painted in these colours and the wheel outline too is in the specified colour. All other cycle parts are decked in Black.

The mid variant is called Stellar and is priced at Rs 1,81,342. The colours available in this variant are Red Metallic, Blue Metallic and Black Matte. The body panels too are painted in these colours. It even gets a chrome handlebar. 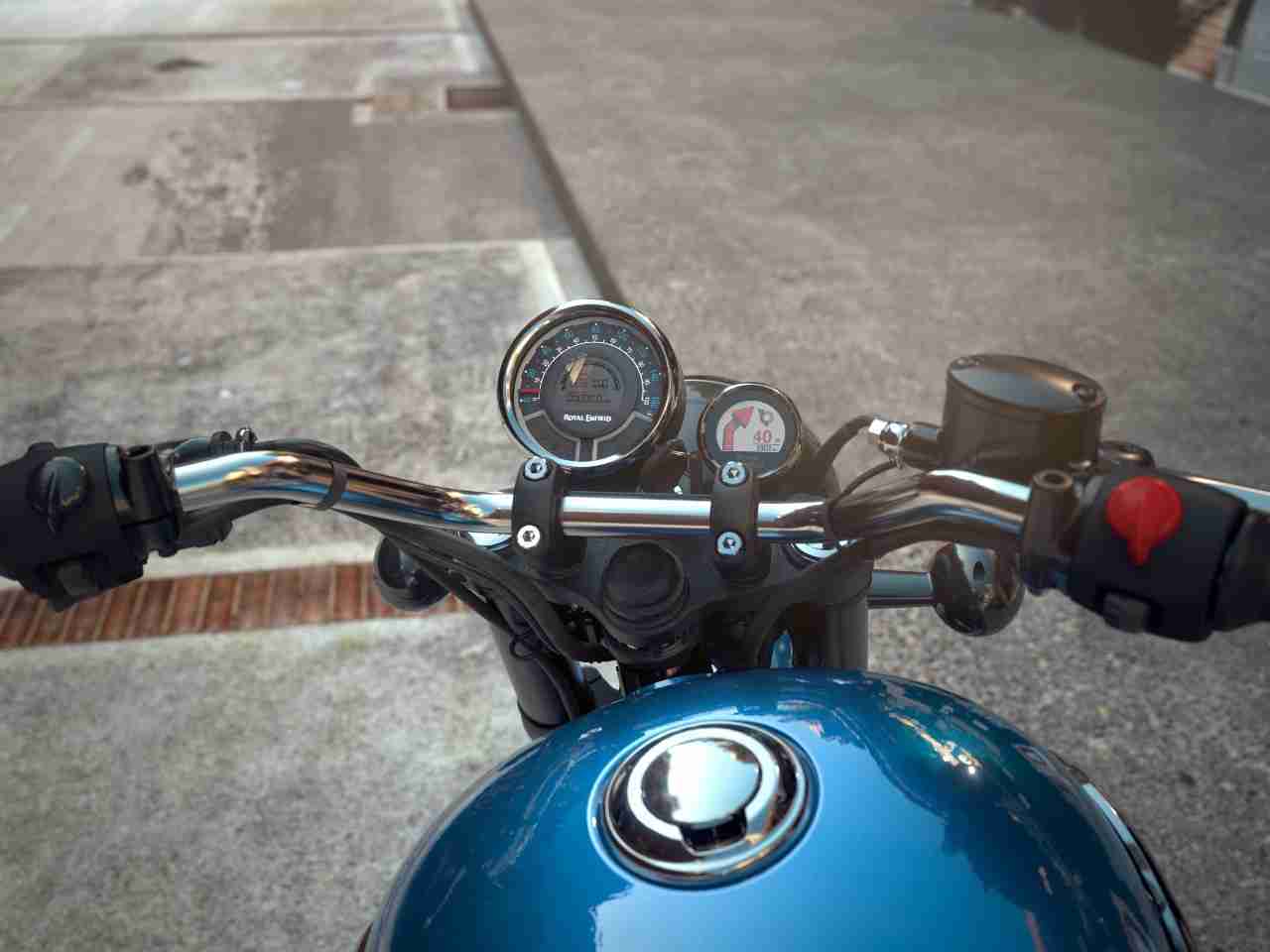 The top-spec variant is called Supernova and is priced at Rs 1,90,536. It is available in two dual-tone colours — Brown and Blue. The launch of the Royal Enfield Meteor 350 also sees the debut of the Royal Enfield Tripper turn-by-turn navigation system. It includes a small, circular TFT screen beside the speedo that provides turn-by-turn navigation instructions when paired to a smartphone.

The Royal Enfield Meteor is powered by an air-cooled, 349cc, single-cylinder engine with a maximum power output of 20.2bhp and a peak torque output of 27Nm. It is a fuel-injected, long-stroke, BS6-compliant engine with the maximum torque kicking in at 4,000rpm. The engine also has a built-in balance shaft that should make things smoother. A 5-speed gearbox drives the rear wheel, with the fifth gear being an overdrive gear for it to be able to keep up decent cruising speeds without revving the engine much.

Suspension duties are handled by a 41mm telescopic fork up front and twin shocks with adjustable preload at the rear. The Royal Enfield Meteor 350 features disc brakes on both ends with dual-channel ABS. 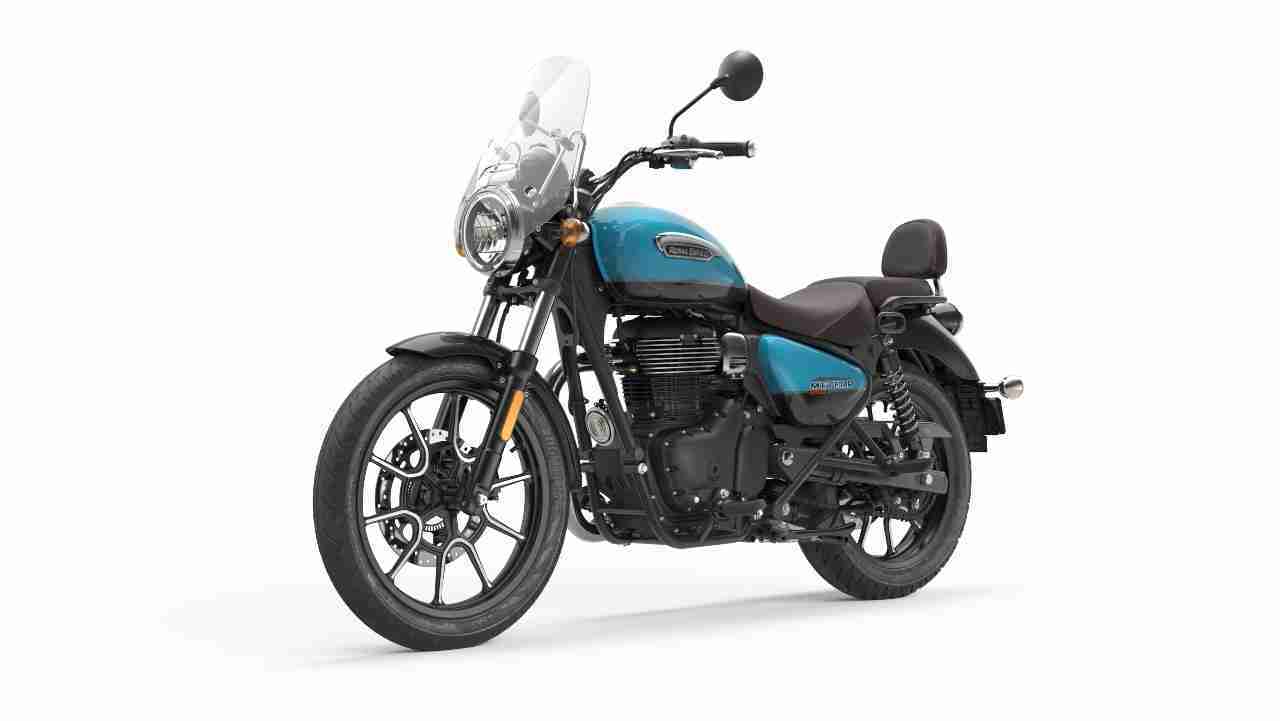