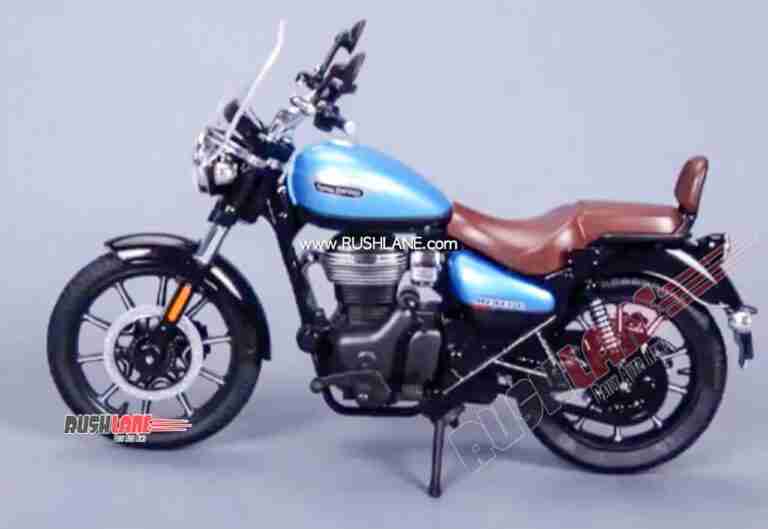 Earlier this month, there were reports of a new, upcoming Royal Enfield Motorcycle named ‘Fireball’. However, the rumours have now been put to rest and the Fireball as it turns out, is the entry-level variant of the Meteor 350. The Fireball variant is available in two colours — Fireball Red and Fireball Yellow. 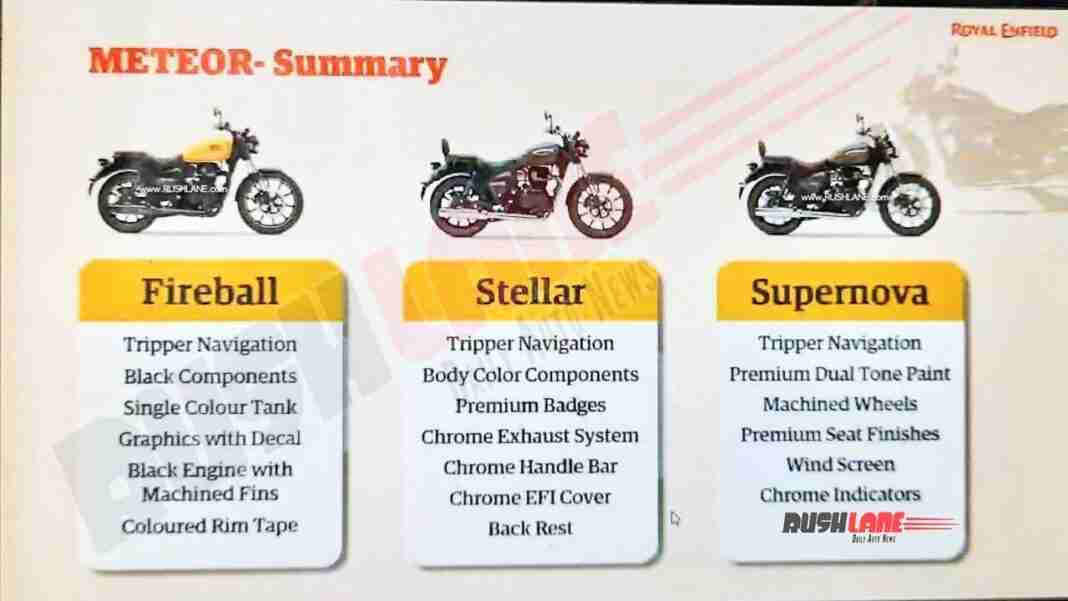 It comes with a single-colour paint scheme on the fuel tank while the rest of the motorcycle like the side panels, frame, engine and wheels are all Black in colour. It also comes with coloured rim outline decals, decal logos and graphics, etc.

The mid variant is called ‘Stellar’ and is available in three colour options — Stellar Red and Stellar Blue in a metallic finish and Stellar Black in a matte finish. This variant comes with proper badges instead of decals, several chrome components and a backrest for the pillion. It also gets a few body-coloured engine components.

The top-spec variant is the ‘Supernova’. This variant features machined alloy wheels, chrome indicators, a windscreen, and a premium seat finish. The Royal Enfield Meteor 350 Supernova is only available in two dual-tone colour schemes — Supernova Brown and Supernova Blue. 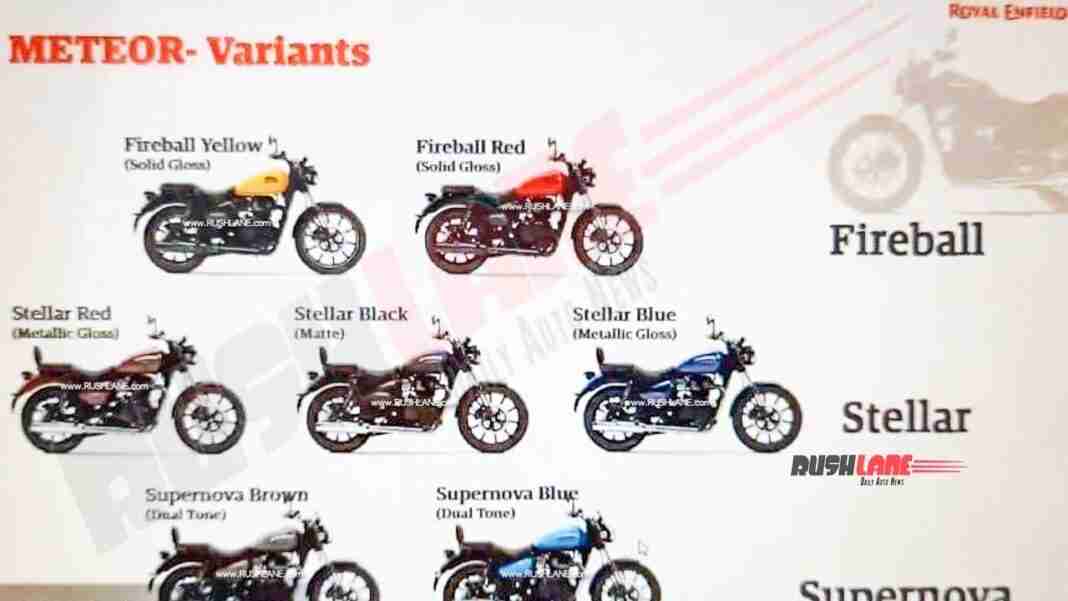 All three variants remain the same in terms of mechanicals. Also, all variants feature the much talked about Bluetooth enabled instrument cluster. It is called ‘Tripper Navigation’ and is said to feature turn-by-turn navigation, fed to it via Bluetooth by your smartphone.