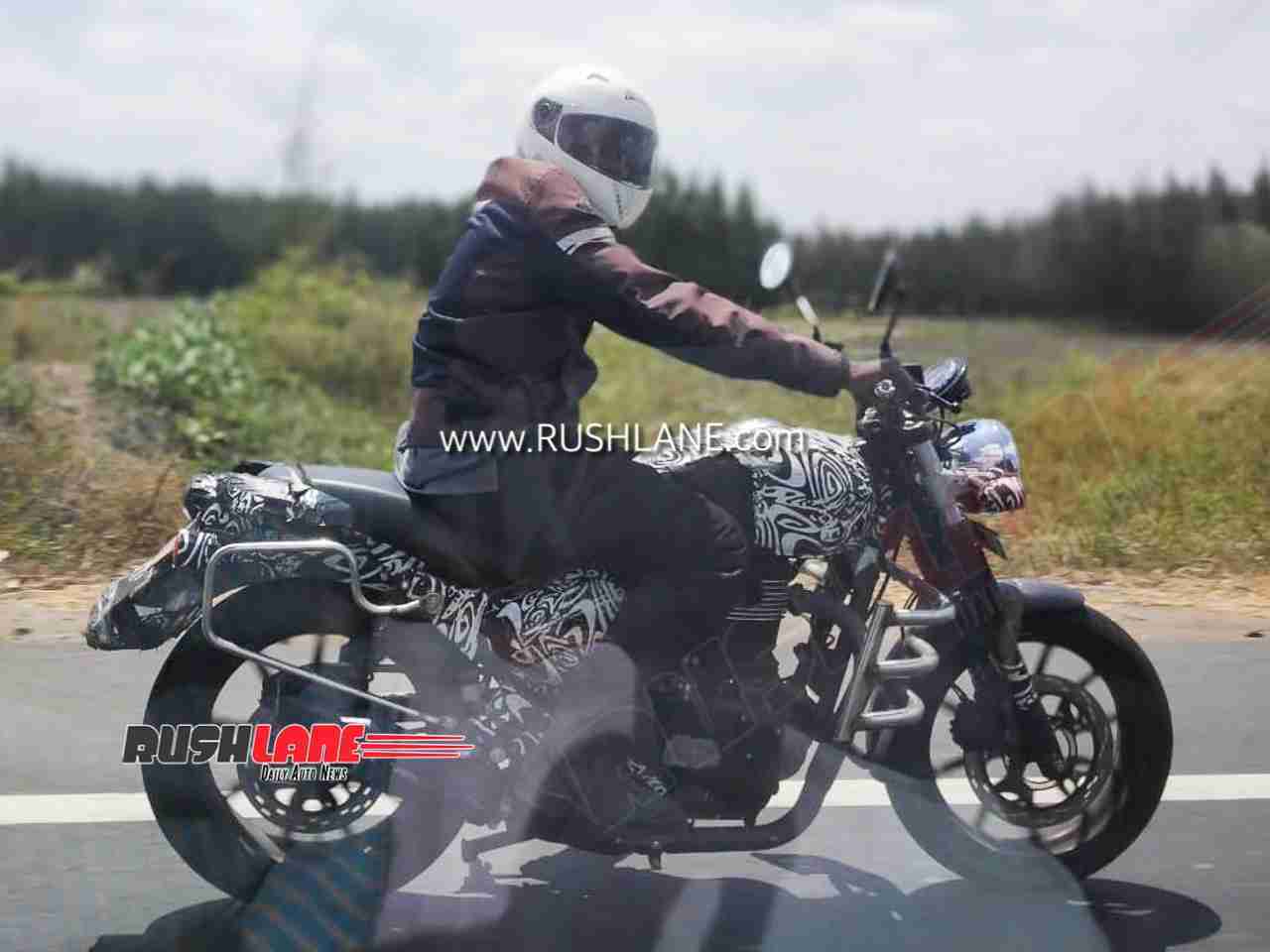 Royal Enfield is planning a slew of new motorcycle launches in the upcoming months. The Meteor is the first among them, and the Hunter is now being reported to be the second one, These new motorcycles will attempt to change Royal Enfield’s image in the market and are expected to be loaded with modern features.

The Hunter has now been spotted testing. Spy images from Rushlane reveal the camouflaged motorcycle undergoing testing. The motorcycle, codenamed J1D was reportedly spotted on the Chennai-Trichy highway.

Despite the camouflage, the overall design of the motorcycle can be figured out. It is almost similar to the current design language used by Royal Enfield. It features neo-retro styling. Up front is a large circular headlamp finished in chrome. 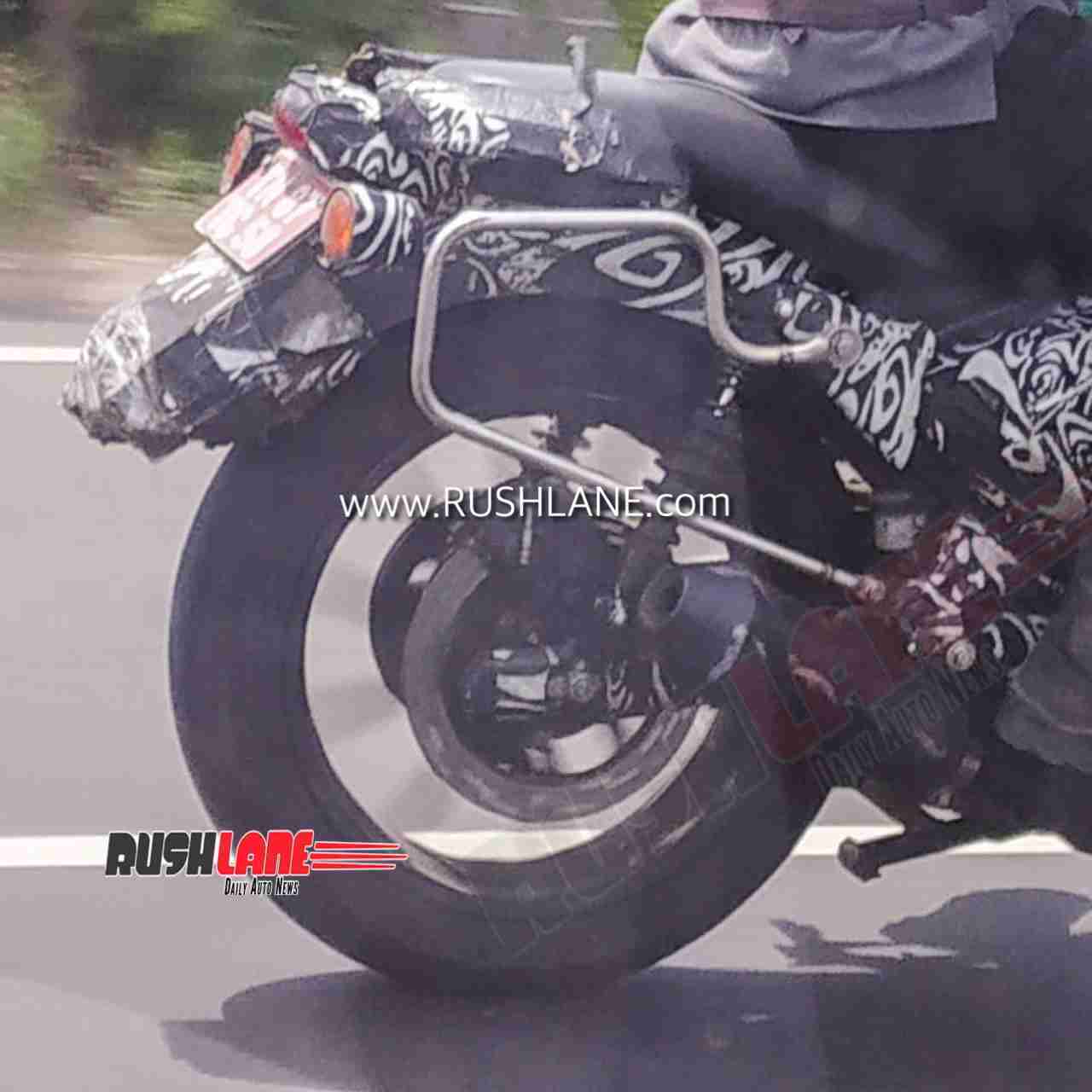 Right above it is a single-pod instrument cluster. The fuel tank is bigger and more curvaceous than the current models. It also looks like the side panels merge into the bodywork at the rear. The tail-lamp and indicators have been positioned on the rear mudguard.

Yet another detail not to be missed is the rear disc brake, which looks to be significantly larger than the ones currently used across the Royal Enfield line-up. The front disc brake on the other hand looks to be of a normal size.

Also, it looks like the bike is riding on 6-spoke alloy wheels. It will be shod with tubeless tyres for sure. Given the direction Royal Enfield is heading in, we’re sure it would be equipped with LED headlamps and DRLs as well. 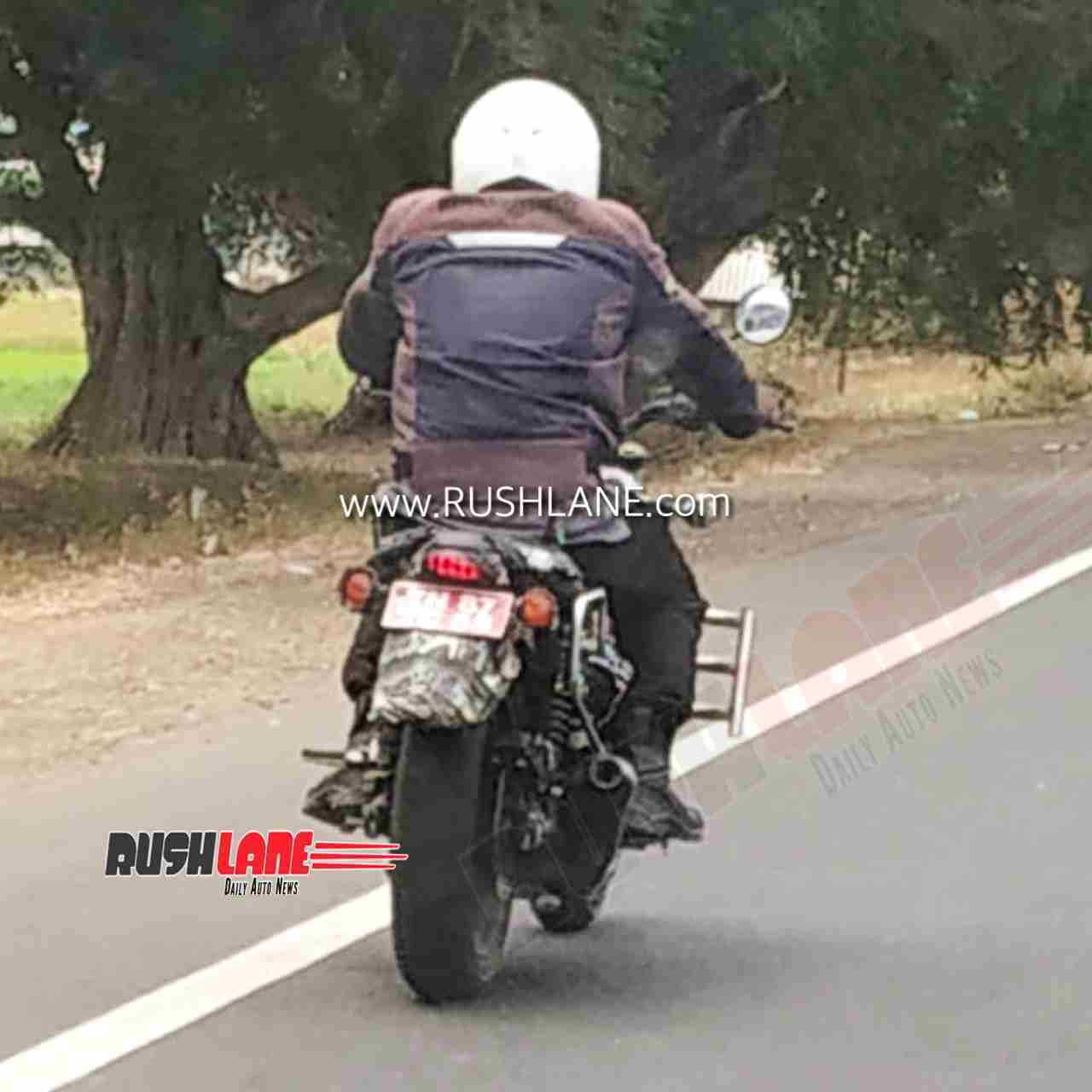 Suspension duties are handled by a conventional telescopic fork up front and a twin-shock setup at the rear. The Royal Enfield Hunter will be powered by the same 350cc engine as the Meteor.

It is a brand-new engine and is expected to be smoother and more powerful than the current 350cc engines used by the brand. At the moment, the launch timeline for the Royal Enfield Hunter is uncertain. We do know that it will be launched a few months after the Meteor.

The RE Meteor was supposed to be launched in April 2020, but was postponed indefinitely thanks to the pandemic. So, only time will tell when we will see the Royal Enfield Hunter.