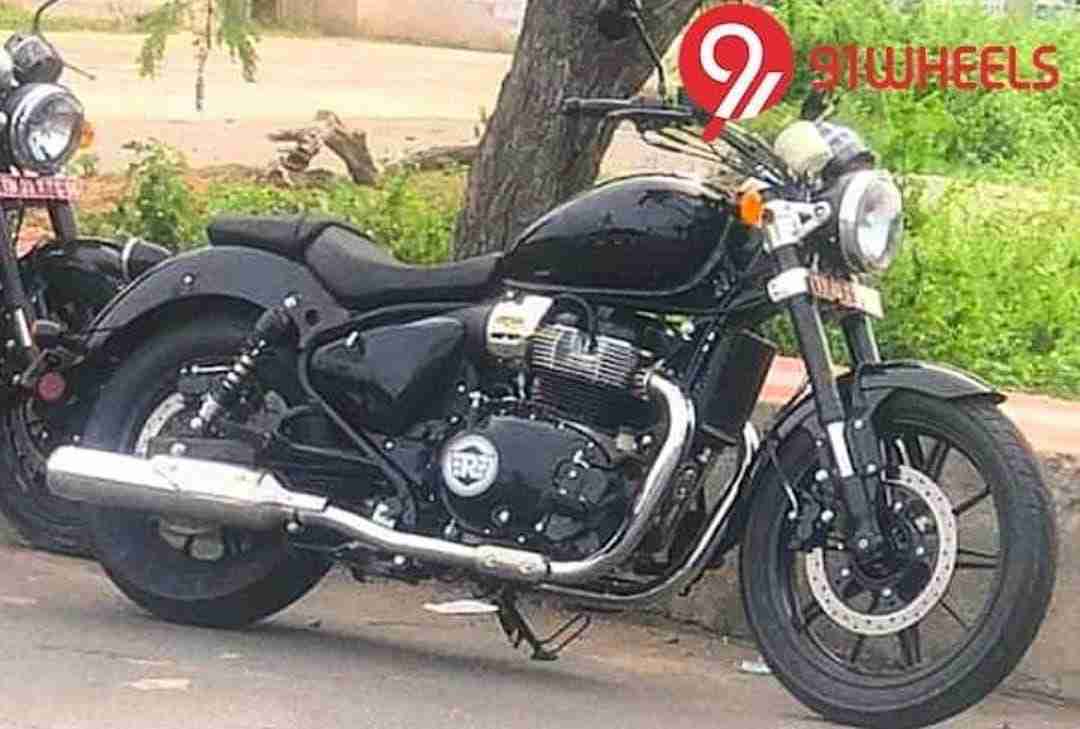 Royal Enfield has seen a turnaround of sorts after the launch of its 650 twins. The Royal Enfield Interceptor 650 and Continental GT 650 were launched at the end of 2018 and since then, there’s really been no turning back for the motorcycle manufacturer. The 650cc platform and the two motorcycles based on it gave Royal Enfield the premium performance motorcycle outlook that they needed. Well the 650 twins still continue to sell well.

However, Royal Enfield is not one to rest on its laurels, but the brand has been working on new models. This cruiser that has been spotted testing once again is the third motorcycle that will be underpinned by the 650cc platform. We do not know what it is called yet, so we, like everyone else, will stick to calling it the RE 650 cruiser.

This is not the first time that this motorcycle has been spotted testing. It is however, the first time we’re able to see it clearly thanks to the static spy images. At first glance, it is obvious that the Royal Enfield 650 Cruiser is larger than the Interceptor 650 and the Continental GT 650. Up front is a circular headlamp, and right above it is the digital analogue instrument cluster.

It gets a teardrop-shaped fuel tank as well as large, comfortable-looking seats. The riding position too looks comfortable with forward-set footpegs and sweptback handlebars, in typical cruiser fashion. The 649cc engine too plays a big role in giving the motorcycle its butch look. It now gets long, low-set exhaust pipes that end almost where the rear wheel ends.

In the Interceptor 650 and Continental GT 650, the air and oil-cooled, 649cc, parallel-twin engine puts out 46.99bhp at 7,250rpm and 52Nm at 5,250rpm. However, the output is expected to increase slightly in the upcoming cruiser. Royal Enfield is also expected to tune the engine to deliver the torque at lower revs.

The Royal Enfield 650 Cruiser will also feature bluetooth smartphone connectivity, dual-channel ABS, etc. With this new motorcycle, we will for the first time see a Royal Enfield motorcycle with an upside-down fork up front. Twin shocks handle suspension duties at the rear. We expect this motorcycle to be launched in 2021.

This cruiser comes in at an important juncture — just when Harley-Davidson is putting a full-stop to manufacturing motorcycles in India. This simply could mean that the Royal Enfield 650cc cruiser would sell in greater numbers.