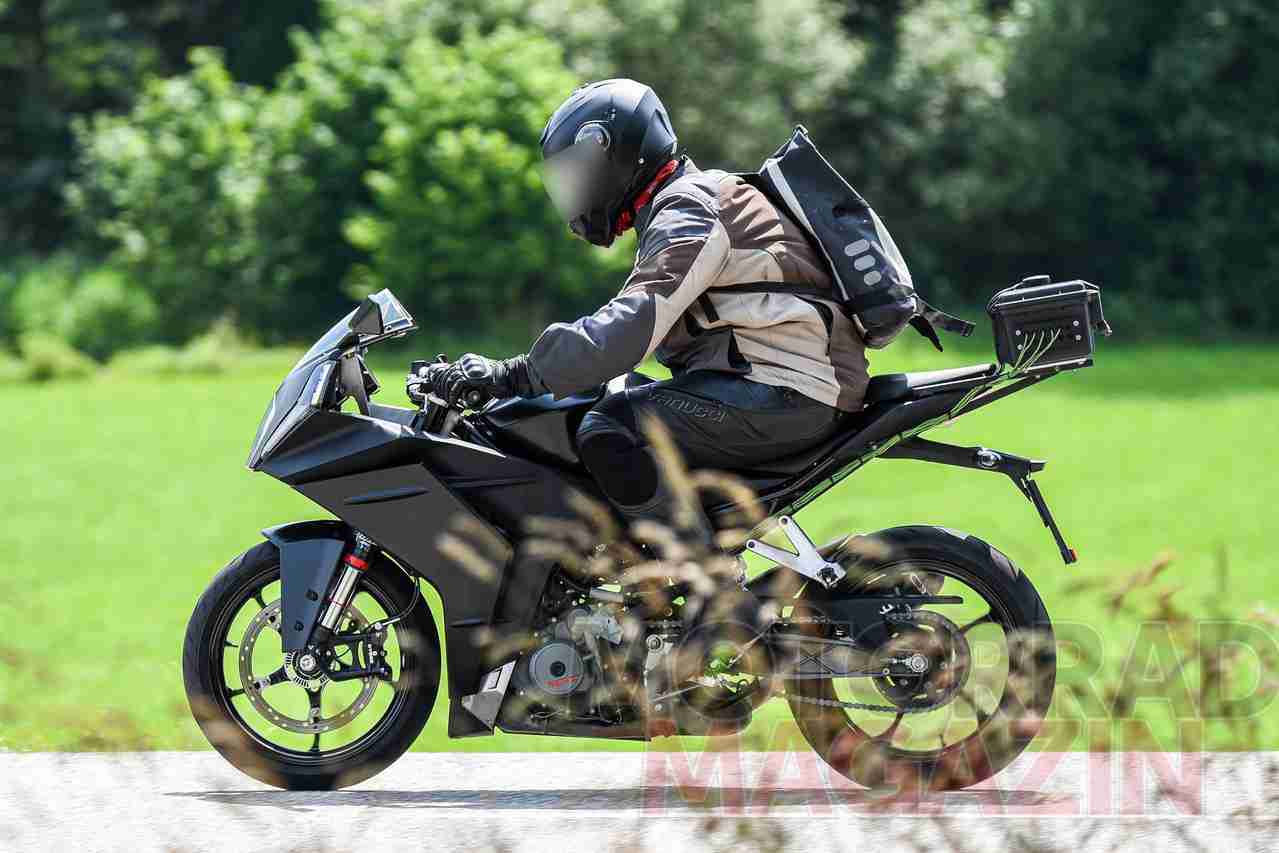 The KTM RC 390 is a hot favourite among the current crop of 300-400cc supersport motorcycles on sale today. It has sold in great numbers in international markets as well as in India. However, the current motorcycle is a little too old and has been on sale for several years now.

Though it has received several mechanical updates over the years, the styling has remained almost the same. This is all set to change with the next-gen KTM RC 390. The next-gen KTM RC 390 has been under development for a long time now. One look at the motorcycle and the differences are obvious.

It sports an all-new, sharper front-end featuring a new headlight configuration. The main headlight console now has the same shape as the Duke 390 headlight, but on closer inspection looks to have projectors within it. Right above it is a new, larger windshield with indicators/turn signals embedded within the fairing. The new KTM RC 390 also gets a new, sharper fairing at the side while the rear is similar to the current model. 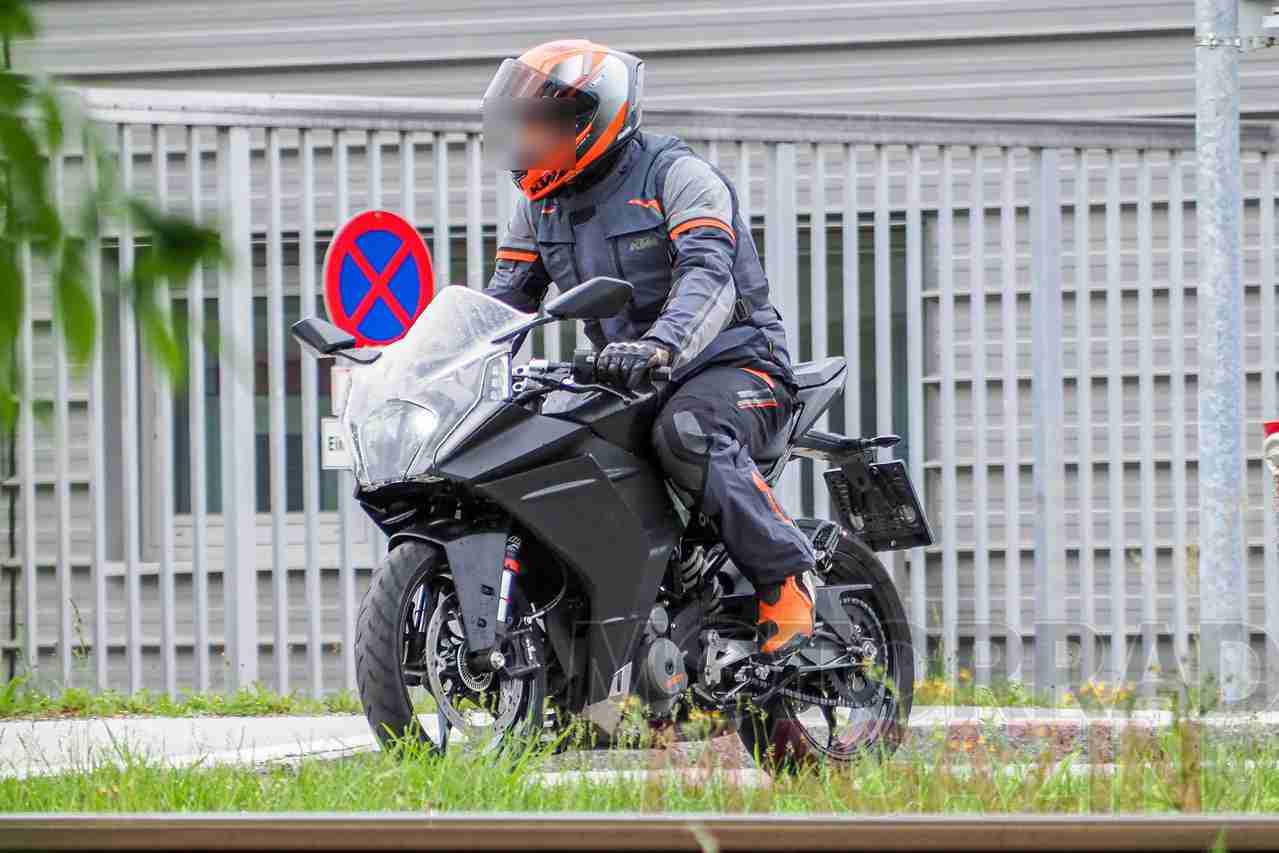 The riding position seems to be more relaxed compared to the current model, which should be a relief for those intending to use it for their everyday commute. The changes are not just aesthetic, but the motorcycle has a lot of changes made to its underpinnings as well. It gets a revised main frame and a brand-new sub-frame.

The liquid-cooled, 373cc, single-cylinder engine remains almost the same. There is no word on its power and torque output yet. But we know that it is Euro 5 emissions norms compliant, which has been achieved thanks to a new cylinder head and a redesigned intake manifold.

It could have possibly lost a negligible amount of power thanks to the Euro 5 compliance, but we cannot confirm this until there’s official word on the output. The new KTM RC 390 will be revealed by the end of the year. The test mule sports an Akrapovic exhaust system, which we’re not too sure would make it to the production motorcycle. 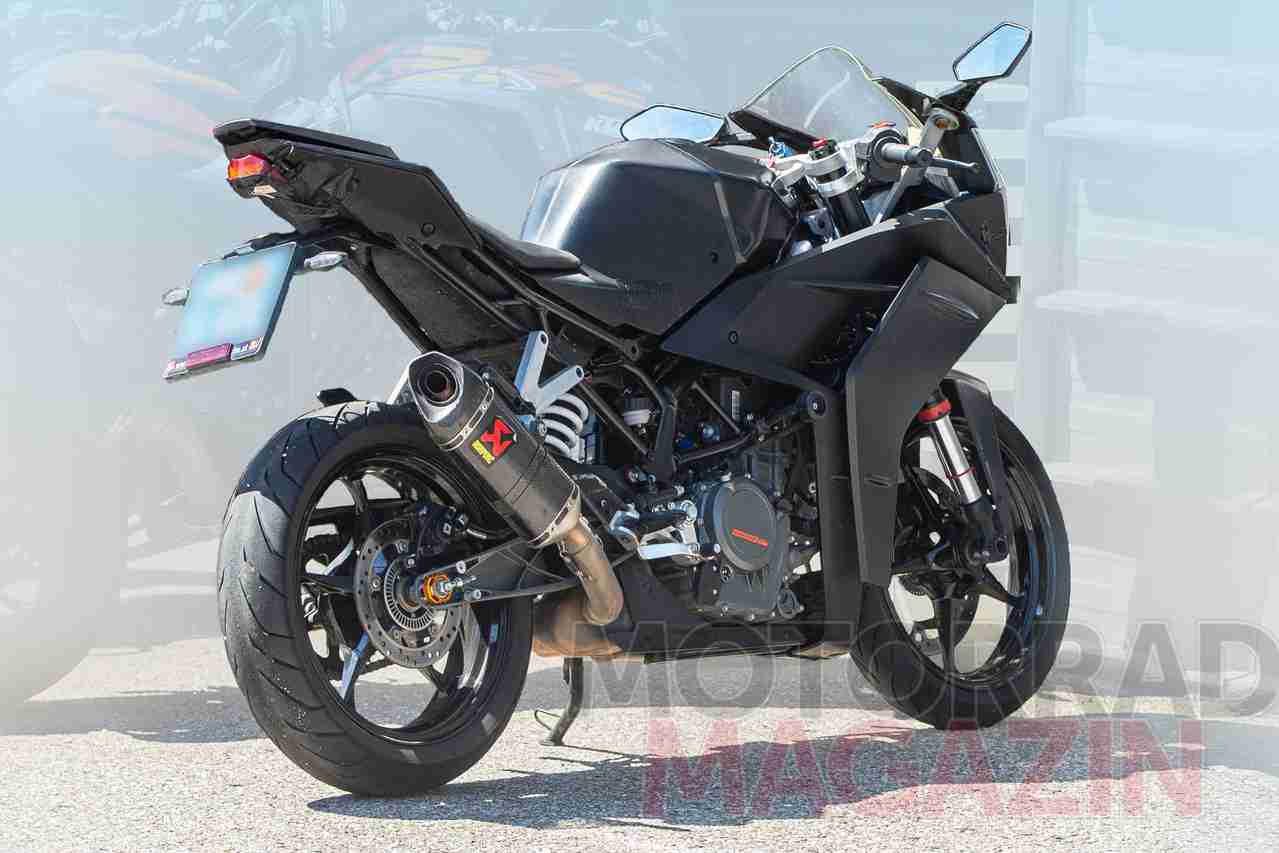 The Austrian motorcycle manufacturer might have had it on schedule for a debut at the EICMA motorcycle show in November. However, EICMA 2020 has been canceled thanks to the pandemic and therefore we can expect an online reveal event for the motorcycle. We can expect it to debut in India in January 2021.