MV Agusta has revealed the Brutale 1000 RR Blue & White M.L. Yes, that is the name of the motorcycle and from the very onslaught, it is set to become one of the rarest motorcycles in motorcycling history. This is for one simple reason — only one unit will be produced. 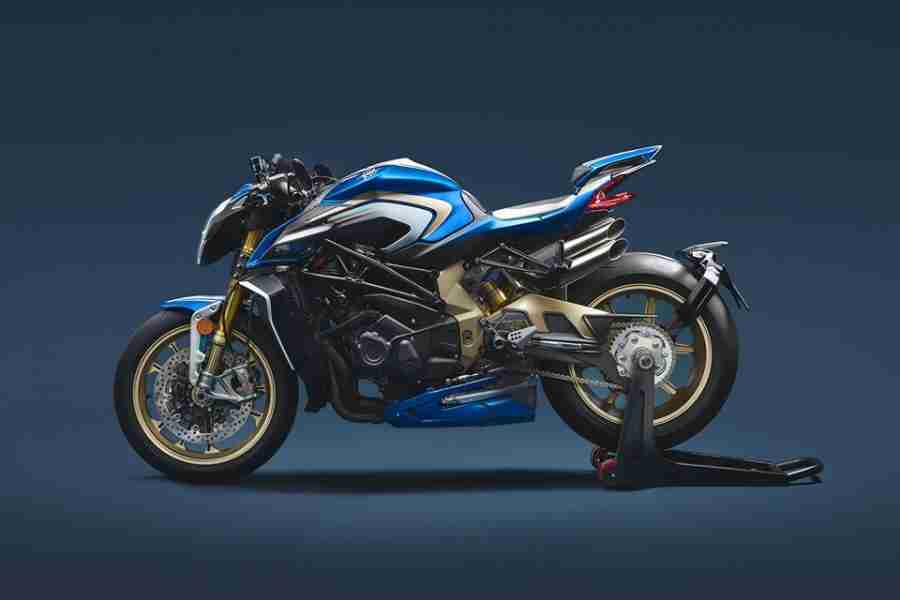 It simply means, there won’t be another motorcycle like it and that makes it almost invaluable. There’s just something about rare motorcycles that excite us motorcyclists. Yes, we love all motorcycles and try to do so in an unbiased manner. But, an ultra rare motorcycle evokes our emotions like no other.

Motorcycles like the Ducati Desmosedici RR, Aprilia RS 250GP, Honda CBR1100XXSuper Blackbird, etc, all make us want to have one, but that’s the catch — you can’t have one. So all we can do is admire and drool, and that is exactly what we will have to do even with the Brutale 1000 RR Blue & White M.L.

Only one such motorcycle will be produced and the price tag of it is unknown at the moment. Safe to say, the motorcycle would have already been sold to a super lucky buyer for an extremely high price tag. The Brutale 1000 RR Blue & White M.L. is based on the MV Agusta Brutale 1000 RR. 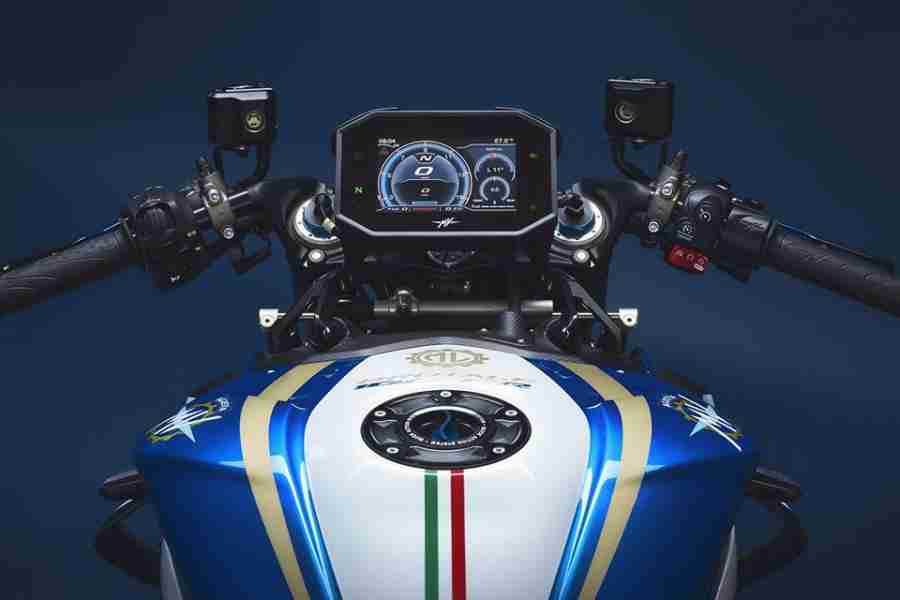 But it is the paint job and the colours that make this one different from every other Brutale 1000 RR ever sold. It is quite a flashy paint job with Blue, Gold, White, Silver and Black hues all over. It is an extremely attractive paint-job with Blue, Gold and White seamlessly blending-in.

The frame and swingarm plates have been coated in matte gold and the forged aluminium rims have been finished in the same Gold shade as well. The tank also has Italian national flag-coloured stripes which is a nice and subtle touch. 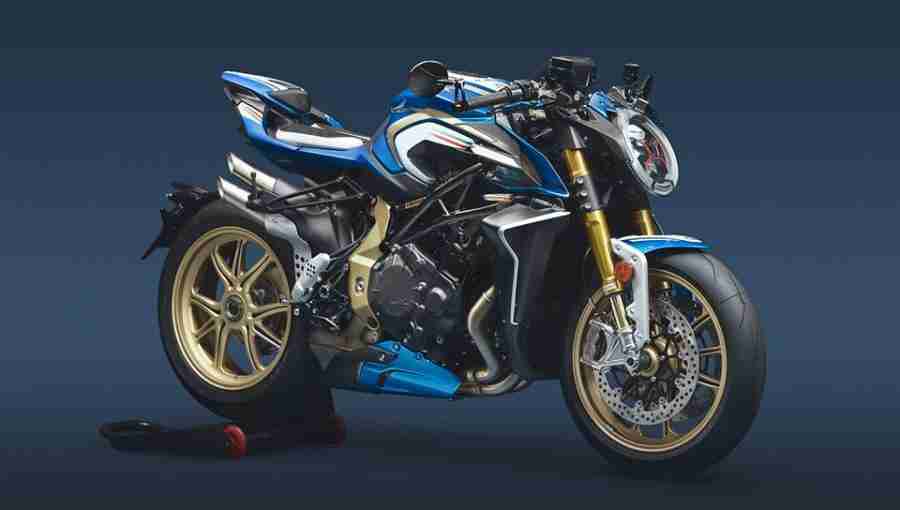 Other bits of the motorcycle including the exhaust system looks like the stock Brutale 1000 RR. This makes us believe that this too will have a maximum power output of 205bhp and a peak torque output of 115Nm. 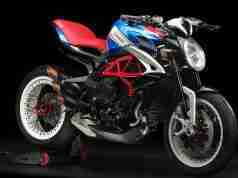 All new MV Agusta superbike in the works

MV Agusta in India via Kinetic?