The Kawasaki Z650 RS might soon be launched. Reports have emerged regarding the development of the Z650 RS and these reports claim that the motorcycle might be launched in 2021. It will join the Z900 RS as the second retro-modern motorcycle from Kawasaki. 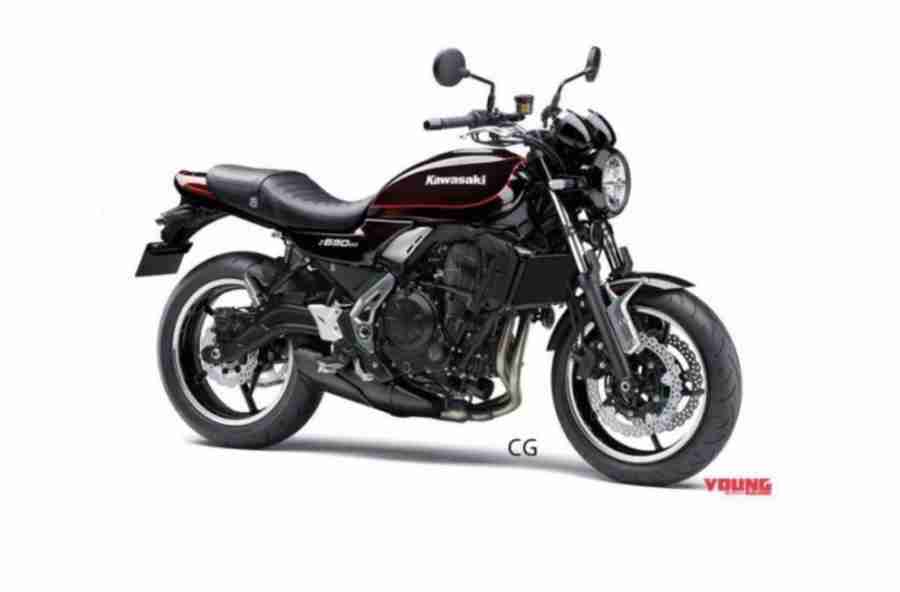 Kawasaki launched the Z900 RS in the retro-modern segment. The motorcycle was targeted at buyers who wanted a big, powerful motorcycle with a retro design and modern underpinnings. It was based on the Kawasaki Z900 naked/streetfighter motorcycle with differences in the riding position, stance and design.

The basic formula for the retro-modern segment includes combining modern underpinnings, a relaxed riding position, a brilliant engine and a retro design. The Kawasaki Z900 RS checks all these boxes well and it sold in decent numbers as well. However, it clots into the 900cc segment which has a lower number of buyers compared to segments with lower engine capacity.

Hence, the next logical step is to develop a new model based on Kawasaki’s 650cc platform. Japanese motorcycle media house Young Machine has reported that Kawasaki is doing just that, and the outlet also published renderings of what they think the upcoming motorcycle could look like.

All reports published by the outlet regarding upcoming motorcycles from Honda, Suzuki, Yamaha and Kawasaki have proven to be true. This report too has strong credentials to it. The Z650 RS will, as expected, be based on the Z650 platform.

In terms of design, the renderings draw influence from the bigger Z900 and the actual product from Kawasaki too will be influenced heavily by the Z900. A circular headlamp up front, digital-analogue gauges, a simple rear-end, powder-coated wheels, and a comfortable single-piece seat make up the design and styling of the motorcycle.

The Z650 RS will be powered by the same liquid-cooled, 649cc, parallel-twin engine as the Z650. However, it is expected to produce lower power output figures. The Kawasaki Z650 RS is expected to make the retro-modern segment more accessible. We expect it to be launched in 2021.