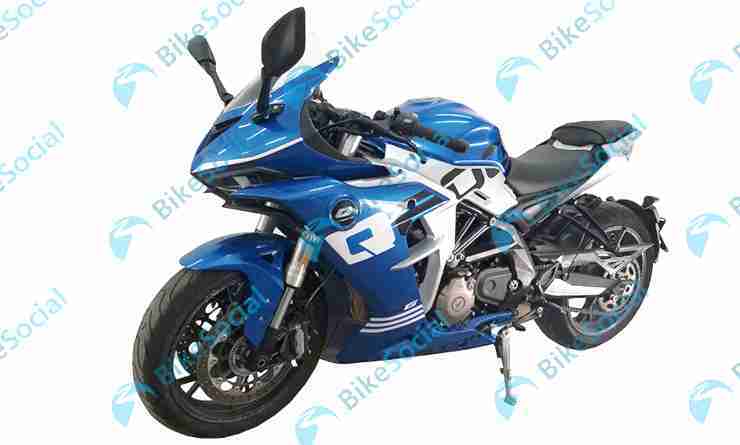 The Benelli 600RR has been revealed in its production guise and we’re quite excited about it. The fully-faired 600cc sports bike from Benelli has been in the making for quite sometime now. Pictures and details of the motorcycle have now appeared.

Italian motorcycle manufacturer Benelli has been working on changing its entire product line-up. The brand is updating all existing motorcycles and also adding new bikes to the existing list as well. The Benelli 600RR is one of those new motorcycles.

Several Japanese and European motorcycle manufacturers compete in this segment and sales are just growing with every passing day. Well, we can’t blame Benelli for wanting a piece of the pie. In-fact, we love Benelli for targeting this segment because it has given us a great-looking motorcycle in the 600RR.

It is a sleek motorcycle with twin-LED headlamps and LED DRLs up front. It features a sporty fairing and an exposed frame and a rather compact rear-end. The tail of the motorcycle is tidy thanks to the turn-signal indicators, registration number plate and its light all being mounted on the tyre hugger.

It is powered by a liquid-cooled, 600cc, 4-cylinder engine with a maximum power output of 80bhp. This is a nominal number and puts the Benelli 600RR between the 94bhp Honda CBR650R and the 71.1bhp Kawasaki Ninja 650, both of which will be the Benelli 600RR’s direct rivals.

The Benelli 600RR is also on the heavier side with its 215kilogram wet weight. The Benelli 600RR is scheduled to be launched by mid-2020 and go into production by the end of the year. At this moment, it is unknown if the brand will be able to stick to its schedule thanks to the current situation around the world.

However, we do know that a sporty, faired, high-revving, four-cylinder Italian mid-weight is coming our way and this excites us. It will also be the cheapest 600cc, faired, four-cylinder motorcycle and that is also something to look forward to. Watch this space to know more about the motorcycle as we will publish details as and when we receive them.