The Dubai police are one of the world’s most innovative and technologically advanced police forces in the world. They famously have some of the most exotic vehicles in the world including the likes of the Bugatti Veyron, Lamborghini Aventador, Mclaren MP4-12C, etc.

However, there wasn’t much to excite us motorcycle enthusiasts, that is until the hoverbike program was announced. The hoverbike is a futuristic vehicle that promises to change the way we look at personal transportation. It uses four small high power rotors that lift the hoverbike up and helps it fly.

To the Dubai police though, it looked like a vehicle that would redefine pursuits and patrolling. It would become the quickest mode of transport for the police and this was an enticing prospect for the Dubai police. The Dubai police bought a few hoverbikes and started testing them in 2018. 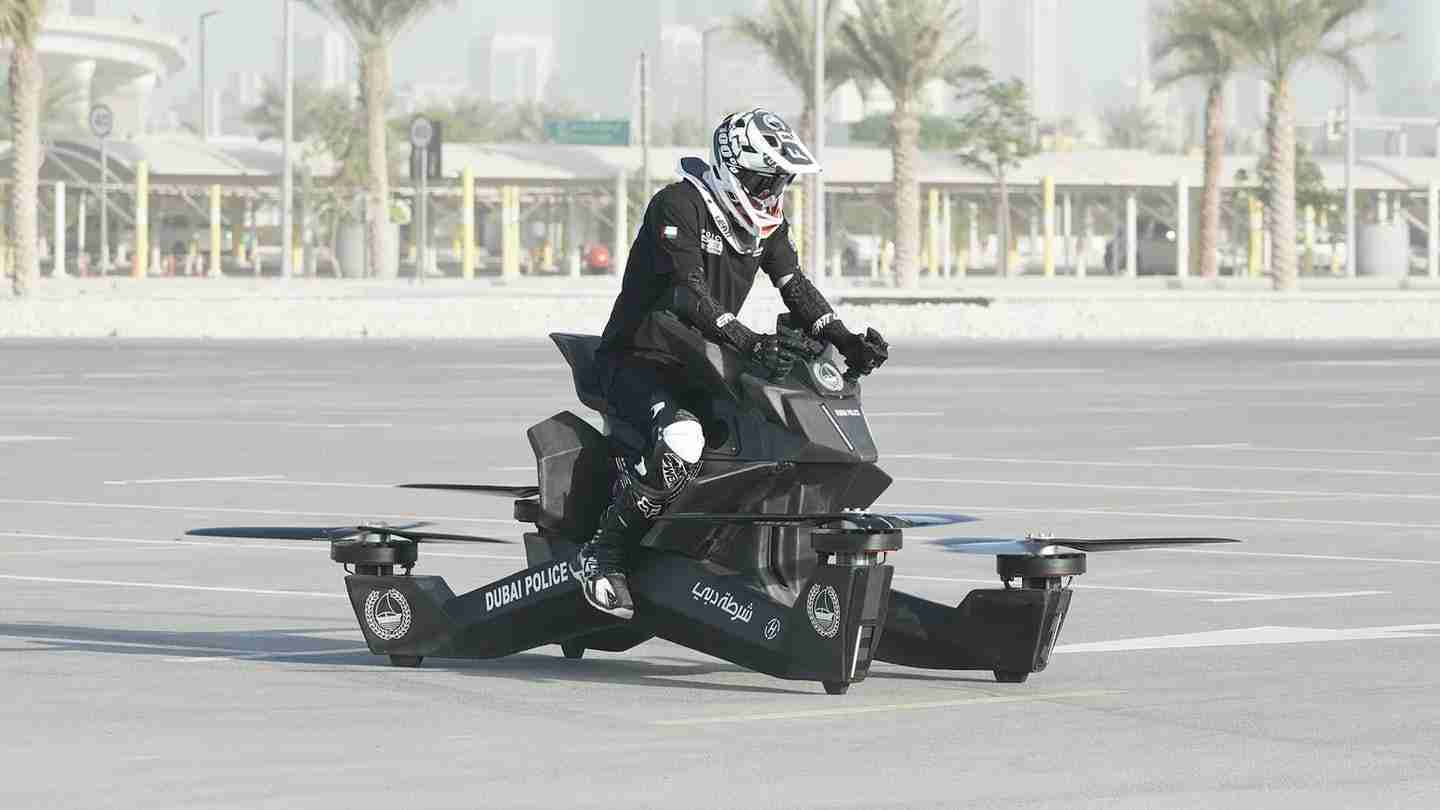 These hoverbikes were made by a Russian company named Hoversurf. They are capable of going a distance of 25 kilometres at a speed of 70km/h and can be piloted personally or by remote control. The police force continued to train on these hoverbikes and they became quite a sensation.

Now though, the hoverbike dream seems to have hit a new roadblock. One of the Dubai police hoverbikes has crashed. The video shows the hoverbike taking off and achieving an altitude of about 40 feet. 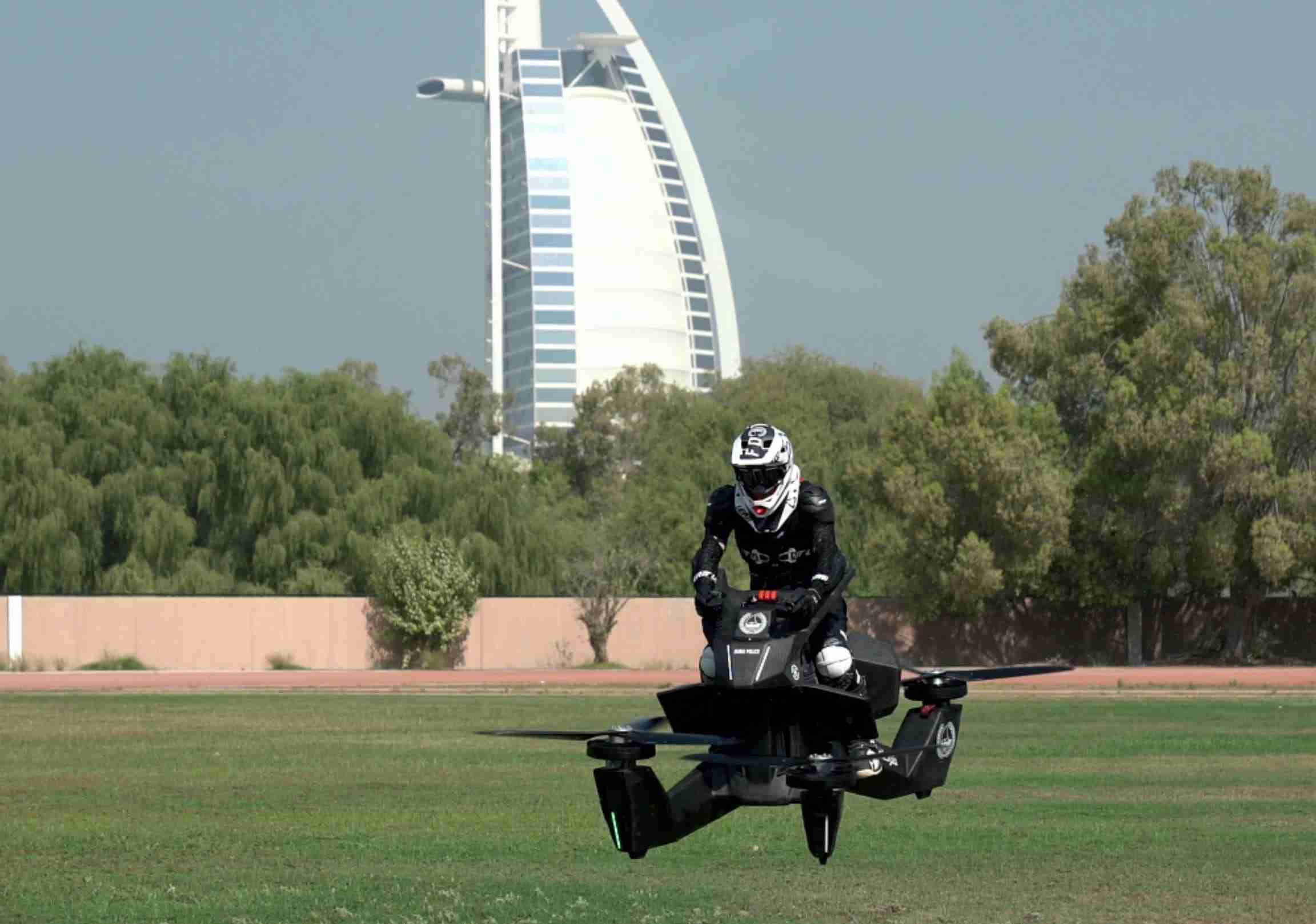 Since the two front rotors still had power, the front-end of the hoverbike lifted-off and threw the pilot/rider off. The front rotors then crashed into the ground, uncomfortably close to the pilot/rider’s head. If it had touched his head at that speed, the carbon-fibre rotors would have surely killed him.

It was a close shave indeed and should make Dubai police reconsider putting a person on the hoverbike. We’re sure there would be a thorough investigation into the incident and that they would take all possible measures to ensure such a thing never happens again.