The Aprilia RS 660 has been spotted testing yet again. This time, it is quite clear that the motorcycle is quite close to hitting the production line. These new spy images from OmniMoto also reveal what looks like a new circular headlamp up-front. The Aprilia RS 660 is one of the most-awaited motorcycles in recent times. 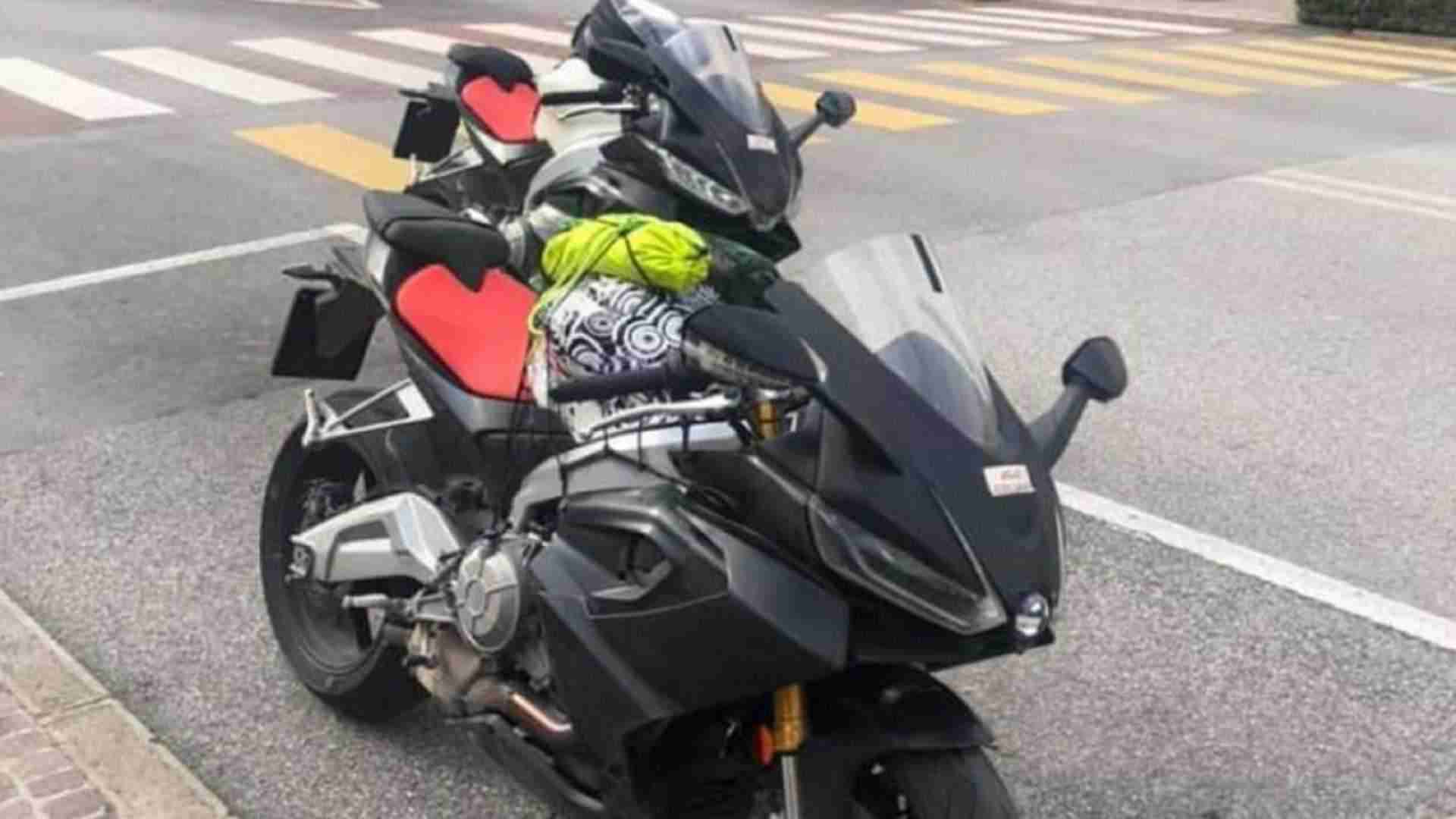 The motorcycles marks Aprilia’s debut in the mid-weight 600cc supersport segment, and enthusiasts around the world wait with bated breath for it to go into production. Over the last few months, we have seen multiple spy shots of the RS 660 as Aprilia put it through its paces, testing it.

Through all those images, we saw twin LED headlamps up front, surrounded by a full fairing and a windscreen on top. Now though, new spy images have revealed an interesting detail. In the spy shot are two test motorcycles that look identical. A closer look though would reveal an interesting detail up-front.

The motorcycle in the background looks exactly like the RS 660 concept revealed at the 2019 Auto Expo. Every detail on it matches the other test mules spied until now. The one in the foreground however sports two new elements. 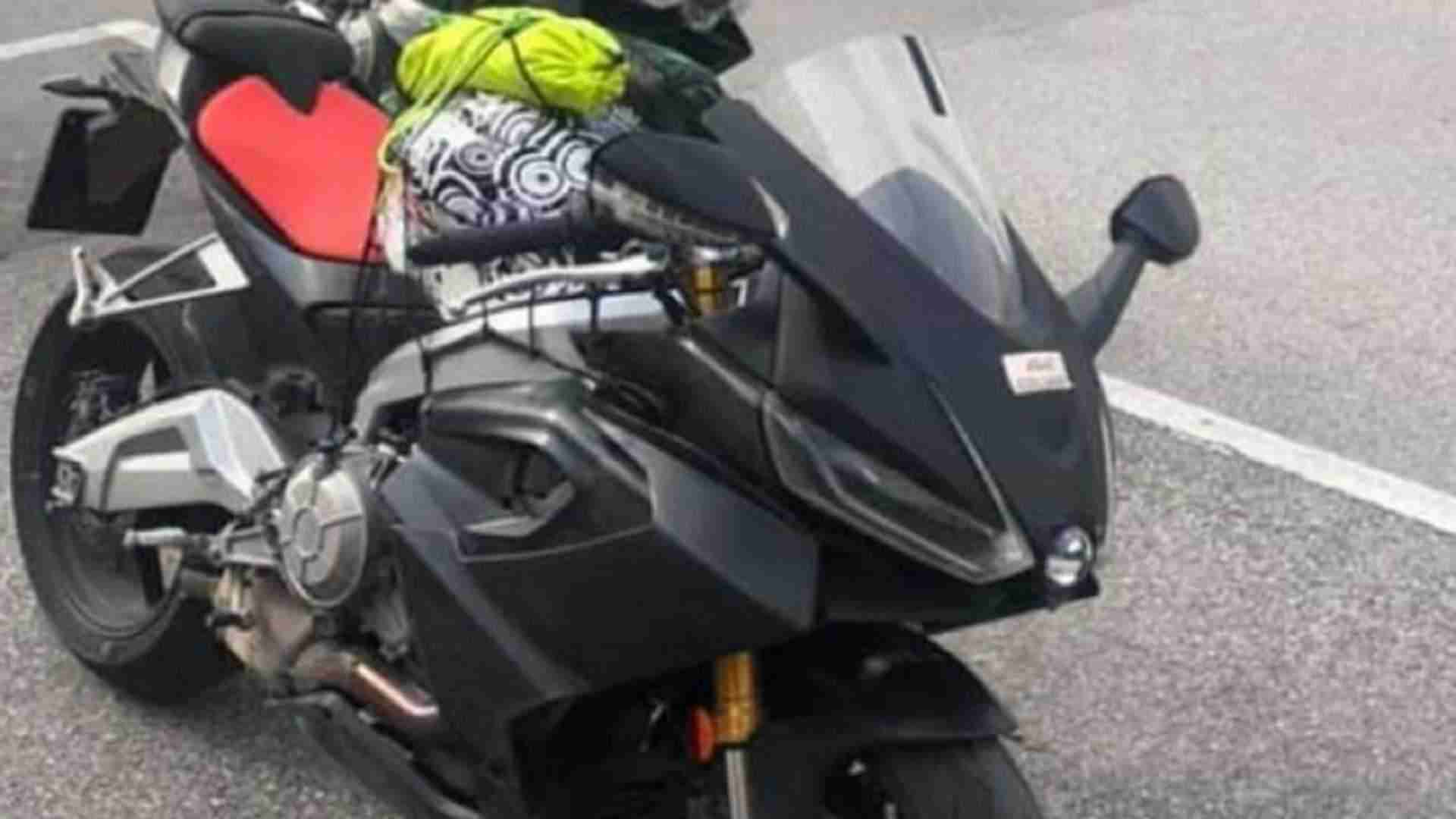 The first one appears to be turn signal indicators built into the rear-view mirrors’ housing. There are no indicators placed anywhere else on the motorcycle. Yet another element is a placed bang in between the twin headlamp clusters.

From this angle, it does look like a projector lens usually found on old xenon headlamps and some new LED headlamps as well. Several media outlets have also reported it to be a headlamp. However, we aren’t too sure if the manufacturers would ruin such a lovely motorcycle design by placing a light right there.

Could it be a proximity sensor or radar to allow for active cruise control? Well, we cannot rule out this as one of the possibilities as the technology becomes more and more popular. A few premium manufacturers like BMW Motorrad and Ducati have been developing bikes with Active Cruise Control. 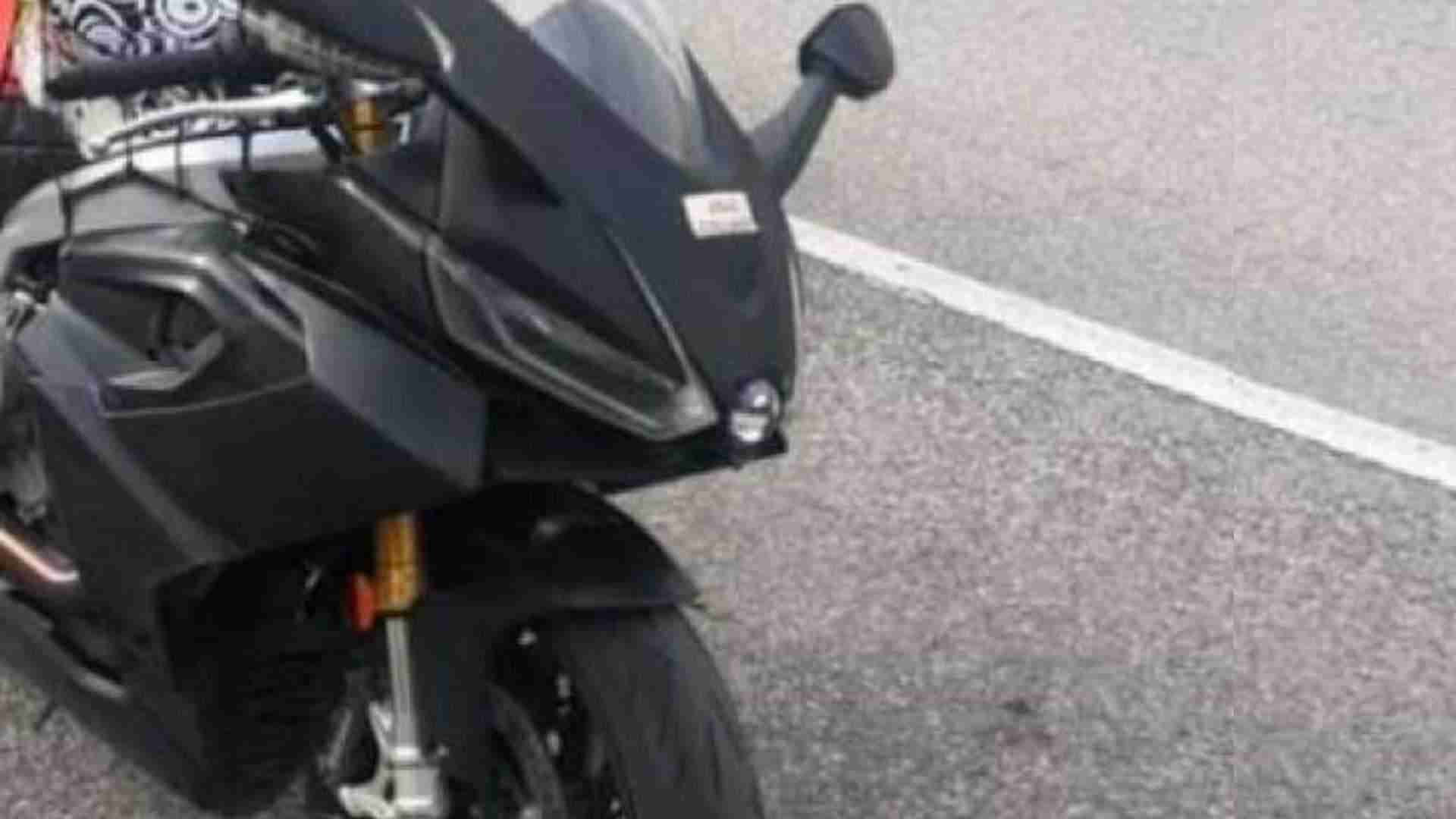 Aprilia too might want to get in the same game. If this is the case, the Aprilia RS 660 might be offered in two different variants. The Aprilia RS 660 is powered by a liquid-cooled, 660cc, parallel-twin engine with a maximum power output of around 100bhp.

Brembo-sourced twin disc brakes up-front and a single disc at the rear handle braking duties. Suspension is taken care of by a 41mm upside-down fork from Kayaba and an adjustable monoshock at the rear.

It will come with top-notch electronics and the best in terms of riding aids. Traction control, wheelie control, cornering ABS, etc are some of the features we can expect to find on the Aprilia RS 660. Now it remains to be seen if the motorcycle will actually be launched in two different variants.