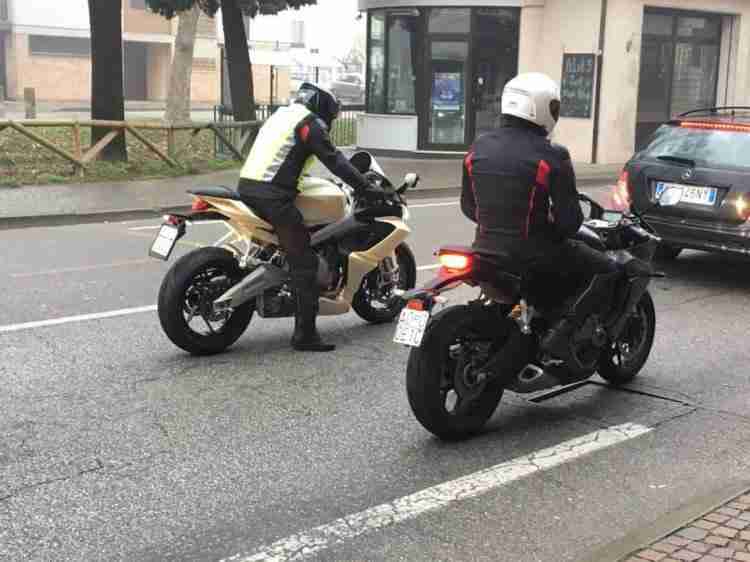 The Aprilia RS 660 first made its debut in concept form at the 2018 EICMA motorcycle show. It promised enthusiasts a motorcycle they had long been waiting for — a mid-weight motorcycle with technological pedigree and handling dynamics similar to the bigger flagship Aprilia bikes.

A year later Aprilia came back to EICMA in 2019 with a production-ready model. It was in essence, an Aprilia RSV4 in a lighter, easier to handle package and needless to say, enthusiasts were thrilled, us included.

Aprilia said the motorcycle would debut at the Aprilia Festival in Mugello that was supposed to take place earlier this month. However, that didn’t happen thanks to the current situation across the globe. Aprilia however seems to have made use of the extra time to do more testing.

The Honda CBR650R is one of the motorcycles that the Aprilia RS 660 will compete with, in the European market. Hence, it makes sense for Aprilia to do some benchmarking against the competition.

However, we aren’t too sure if Aprilia was using both bikes or if the RS 660 pulled up next to the CBR650R by chance. The Aprilia RS 660 is powered by a liquid-cooled, 660cc, parallel-twin engine with a maximum power output of 100bhp.