The Triumph Speed Triple 1160 has been spotted testing. Spy images of the upcoming motorcycle have surfaced, and it looks brilliant to say the least. The spy images from RideApart also reveal the new engine that has been talked about for quite some time now. 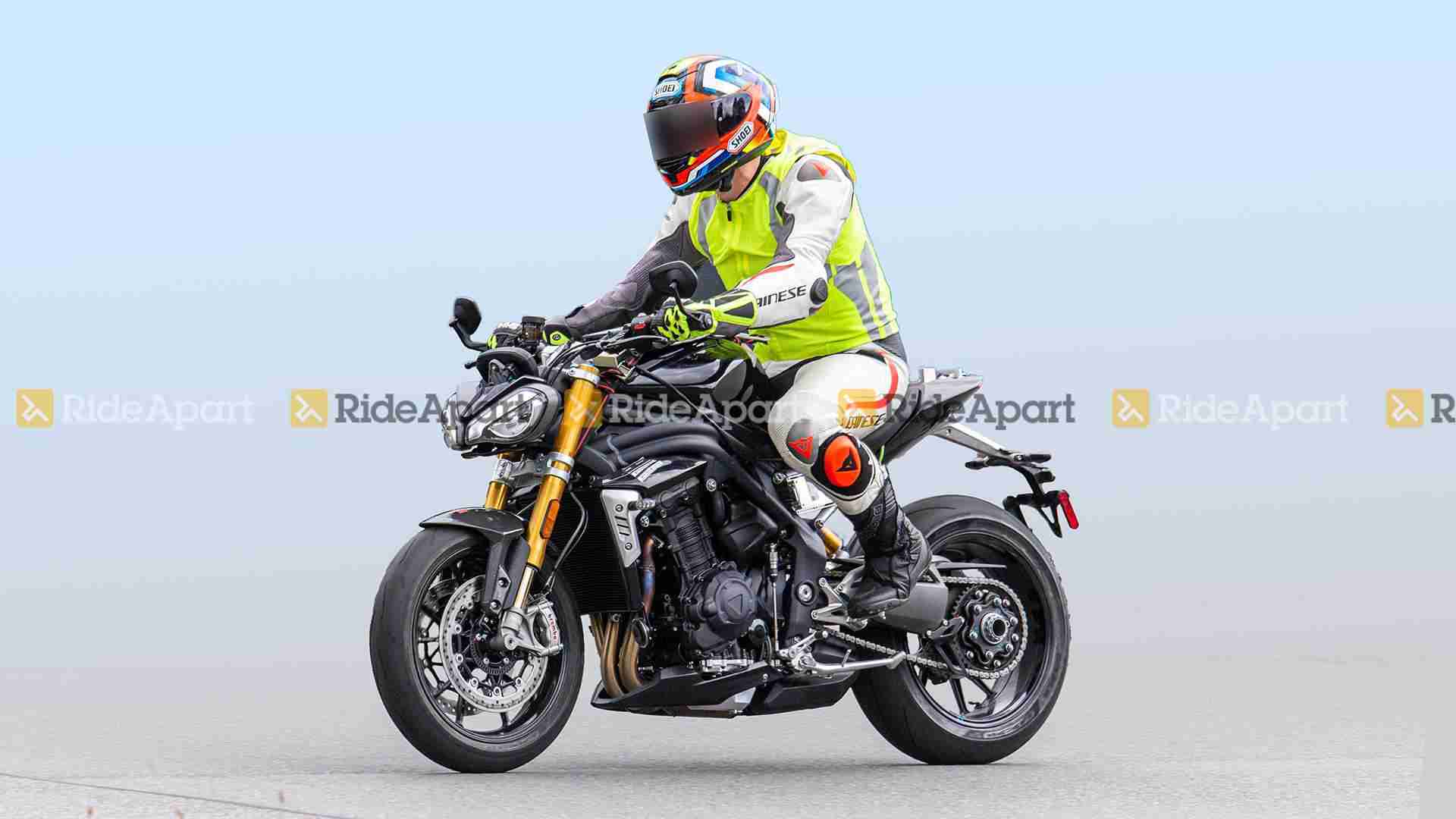 The Triumph Speed Triple has been a hot topic of conversation for motorcyclists in international markets for quite sometime now. The motorcycle has been around for a few decades now and has a lot of heritage behind it.

Back in the old days, when people motorcyclists crashed their race replica bikes, a quick fix was to remove the broken/scratched fairings and ride it like a naked motorcycle. Triumph noticed the trend and developed a motorcycle for these motorcyclists and named it the Speed Triple in honour of the 1938 Speed Twin.

Needless to say, it was a hit among motorcyclists thanks to its explosive performance. In 2016, a new Speed Triple was launched with a 1050cc, inline-three-cylinder engine. The same model retails till this day. However, starting next year, European countries will enforce Euro 5 emissions norms. 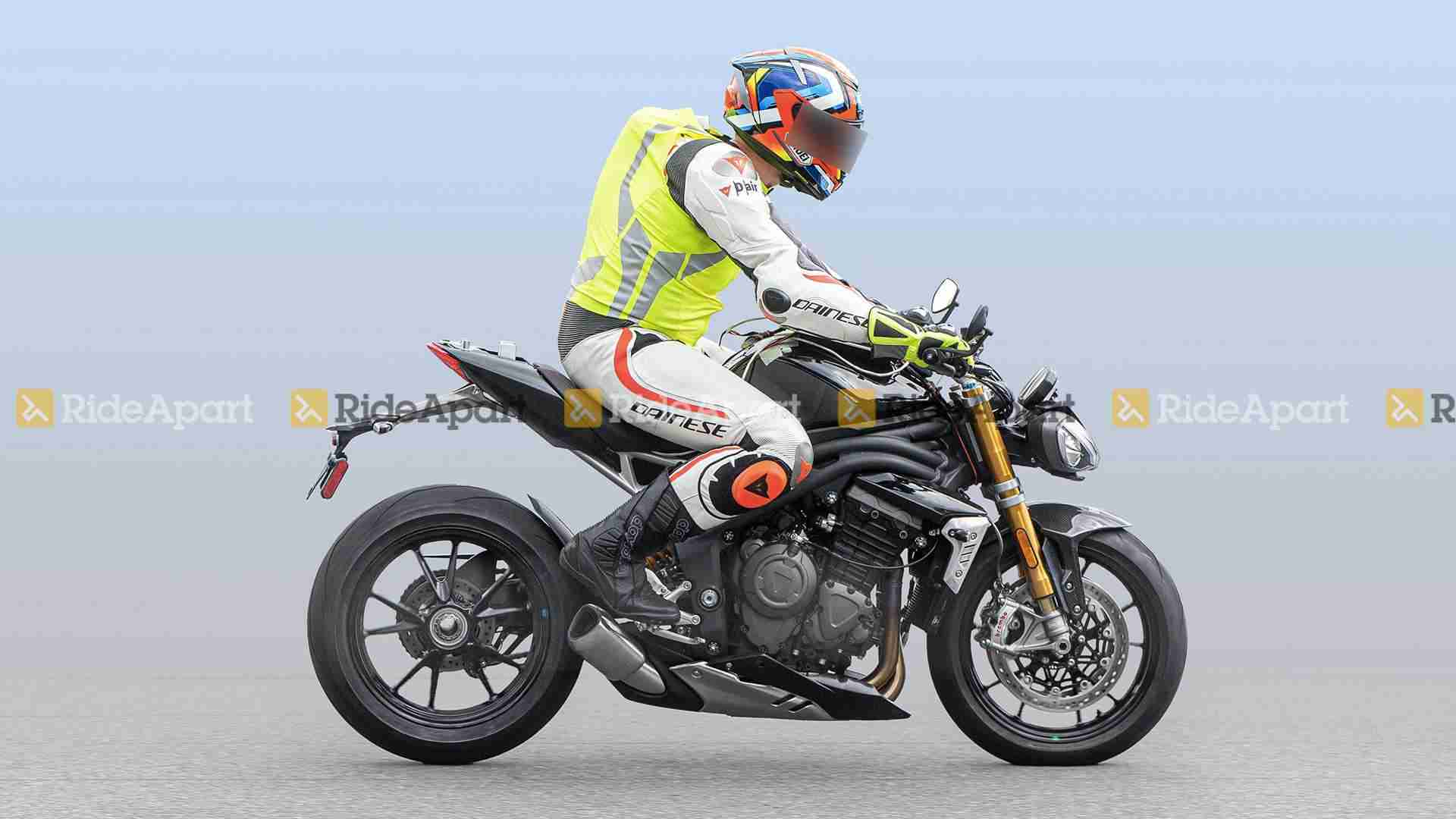 In order to make the motorcycle compliant with the new regulations, the Triumph Speed Triple has to be updated. It has been rumoured for a while now that the new motorcycle will be powered by a new 1,160cc engine.

These spy images show an engine block and cylinder-head design that is brand-new, thereby almost proving that the rumours were true. It also has a slimmer profile up-front, and a few changes in design that makes the motorcycle look angrier and more aggressive.

It also seems like the front-end has been dropped, therefore allowing for a sportier riding position. We expect this new Speed Triple 1,160 to be launched in international markets by the end of the year. 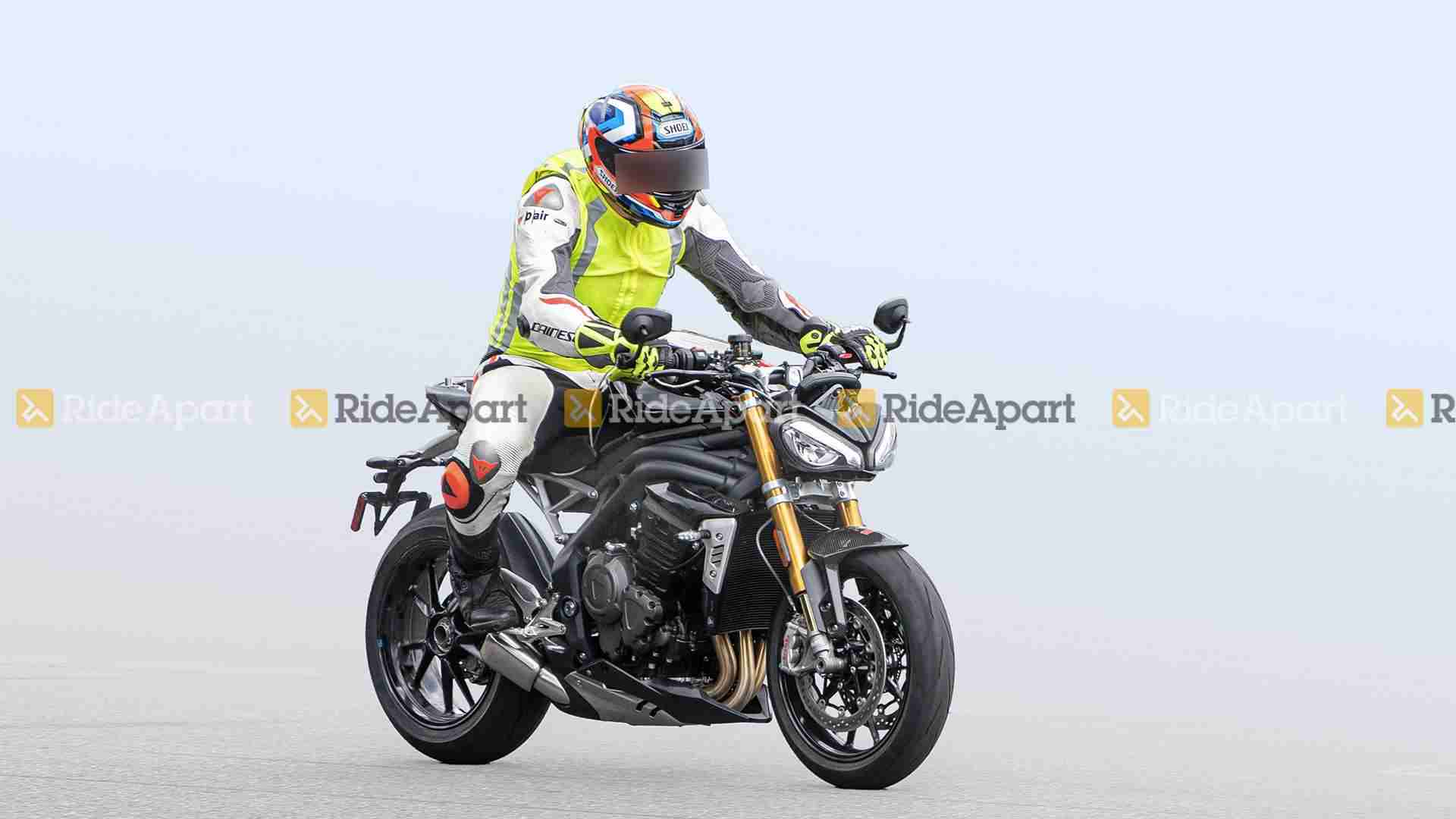 Will it make it to India?  We’re not entirely sure about that at the moment. However, motorcycles like the BMW R 1250 R, MV Agusta Brutale 1000RR, Honda CB1000R all prove that there is a market for high displacement naked motorcycles here. So, Triumph could eventually bring it to India as well.