The Aprilia RSV4 is one of those do-it-all motorcycles that we all have come to love. Be it, its sharp handling, the brilliant ride quality, the V4 engine roar or the simplicity of its design, this motorcycle somehow manages to make all motorcycle enthusiasts fall in love with it. Now, the 2021 model has been snapped while it was undergoing testing.

The images, which appear to have been captured at a fueling station, were shared by motomaniaci on Instagram. These images have since then been shared by thousands of people. At first glance, it seems very similar to the current Aprilia RSV4. A closer look though, reveals the changes in terms of design.

The rear-end isn’t as sharp as the current model, the swingarm is now underslung and the fairing is now very similar to that of the recently launched Aprilia RS 660. Aprilia could be trying to move towards a similar design language on all its upcoming models. The front-end features LED headlamps and DRLs with what looks like ram-air intakes underneath the headlamps. 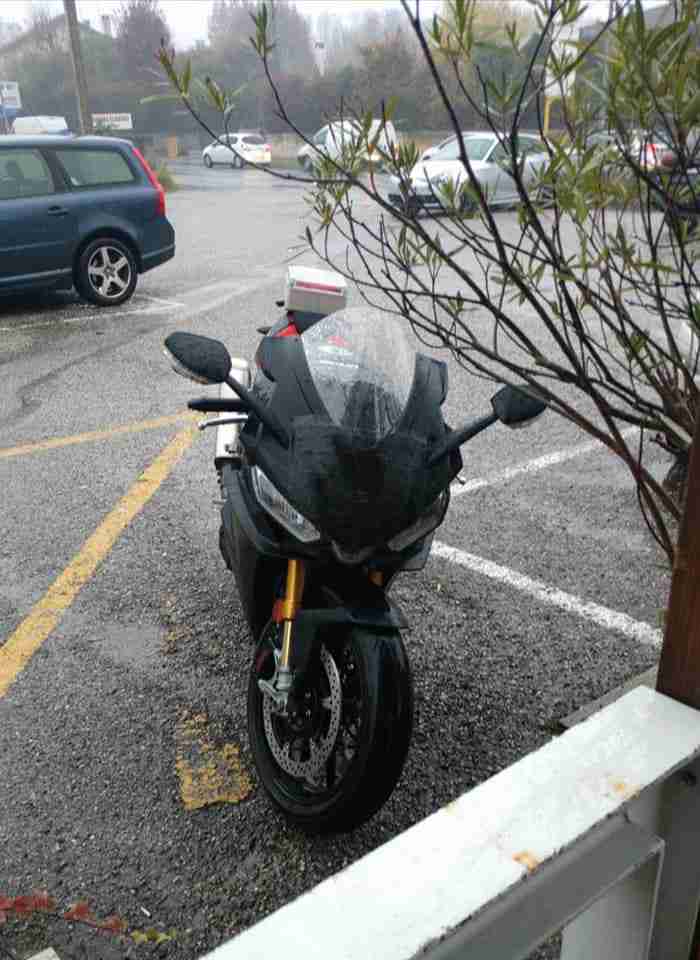 Not much can be said about the engine except that it will be the same V4 engine, with Euro 5 emissions compliance. More details will surface over the next couple of months, and we will see the motorcycle being launched early in 2021.