So I rode the much hyped “Himalayan” today. Needless to say, I cranked it and took off into the dirt. First reaction was:

1. Nice console, sexy digital compass and gear indicator to boot! Wow! I mean I had to ride to be sure that it was indeed the gear indicator and it worked. Yes it does. So unconventional from a brand that did not even believe in a fuel gauge till yesterday! Bravo RE Bravo! Nice touch! ⁃

2. This is not a dirt bike! Heck this is not even an adventure bike, maybe RE’s best attempt to make one. Better than anything else from their stable though! The handling, throttle response, sound, none of it is characteristic of those over hyped “Mountains are calling” Ads!

3. I’m never recommending this to any one again! If I have to buy an RE as if my life depended on it, sure I’d go for this and that’s about it.

Thinking to myself – I’d like to ride it for a few more kilometres on road before I completely bash it open in public.

Then something dramatic happens! 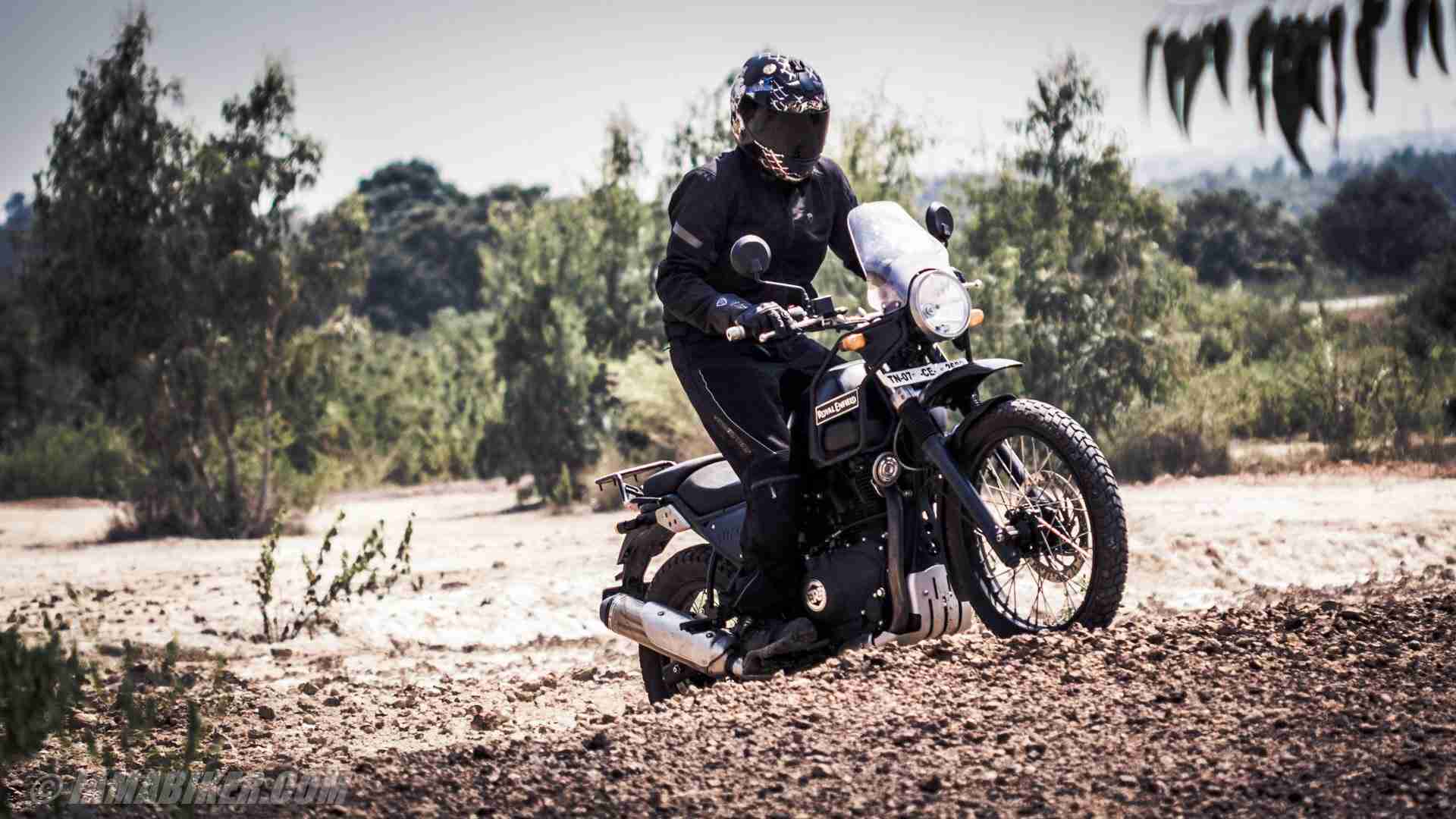 Now disappointed, all expectations out of the window. I hit the tarmac.

1. Overtake truck #1 in very safe conditions (safe enough for a RE or a bicycle, that safe I mean) and I’m surprised with a throttle response. Same thing with another tractor and a bus. Gaining confidence with every wring of the throttle.

2. When was the last time I felt this kind of throttle response on a bullet? Never, never ever ever. As I was ranting to myself inside the helmet, I could only get one word in my mind and it stuck. Zesty! Not silky, not a burst, zesty – linear, consistent, confident with the right amount of dirty grunt. (Yes, I mean grunt.)

3. Went over some potholes, jumped a few road humps at low speed and I felt it right through. Whatever happened to softer suspensions on adventure bikes eh?

4. Twisted the throttle again enjoying the gear shift indicator changing numbers and I was almost at triple digits, went over a flatter 3 inch deep pothole and I didn’t feel much. Wait, so you don’t feel much at higher speeds but you feel the bump at lower speeds. Interesting.

5. Handling: Tried to push to the front of the seat and take a corner like a dirt bike, realised that it was not that sort of a bike, flicked/bent it on a sprawling corner and it was so responsive. Very agile. Amazing. More proof that the Himalayan is the adopted child in the RE family.

6. Brakes: Very bad, lack the bite in the end to stop with confidence. An upgrade in brake lines is recommended. (Although my chetta said later, “What more can you expect from a 19 inch wheel, only thing they can do is fit an ABS and I agree, why not an ABS variant!?)

7. Goes nice and neat till 100, didn’t push further. Not curious that way, happy with how I got to that number.

9. After a while the seat gets uncomfortable for the buns. Gel seat upgrade maybe?

10. Engine gets pretty hot after an hour in moderate traffic. But then most bikes do. 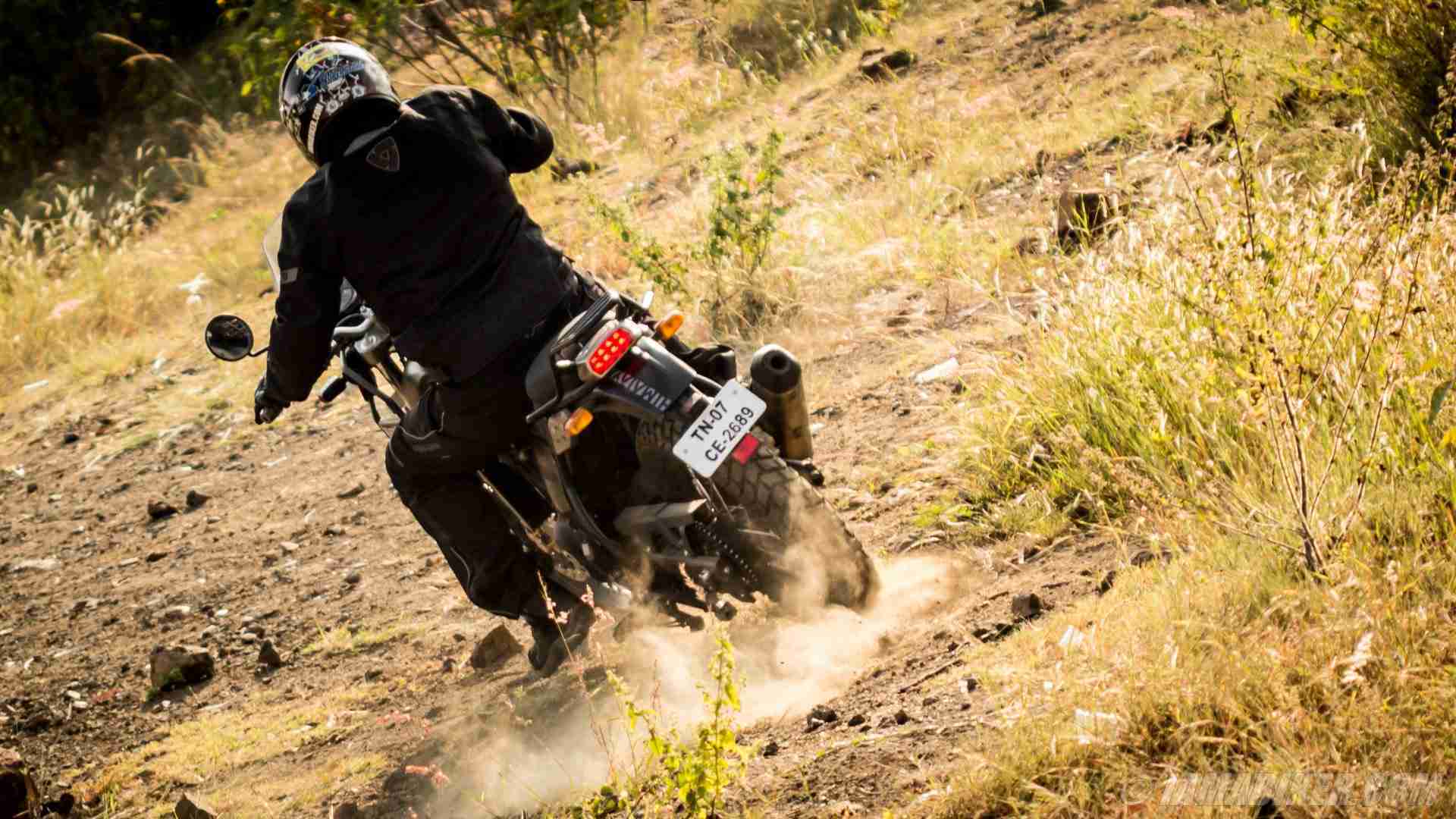 So this adopted son of a gun (bullet) is actually light years ahead of any RE, sad that we actually have to compare because the kid is obviously adopted.

Is there finally an RE which you can enjoy and come back with a 😊 if not a 😁 or 😍? Yup, we have one right here.

*If RE stop selling dreams (Our new different looking bike is born to conquer the Himalayas only) and give credit to the bike for what it’s good at, it will succeed.

All I have to say is, if you have to buy a RE, buy the Himalayan. No questions asked.