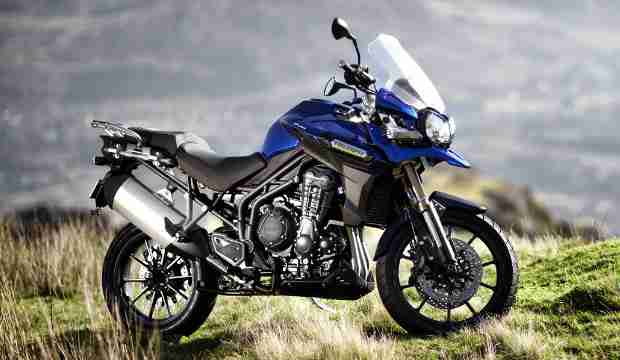 The Triumph Tiger explorer 1200 is now officially out of the closet. The British motorcycle company has finally completed testing and is now ready for a launch. The arrival of the motorcycle has been long been debated and Triumph has now finally released photographs of the Triumph Tiger Explorer.

To start with the bike has a  inline three-cylinder engine with a capacity exceeding 1200 cc. According to what was seen on the first photographs, the chassis has been borrowed from the 800 Tiger. The Triumph Tiger gets new electronics and for the first time offers a ride-by-wire system, traction control and cruise control. The can ABS that can be turned off depending on need. The tire sizes are 19-inch at front and 17-inch at rear.

We can expect all information, as well as a hefty photo gallery before its official launch at the EICMA 2011 in Milan.