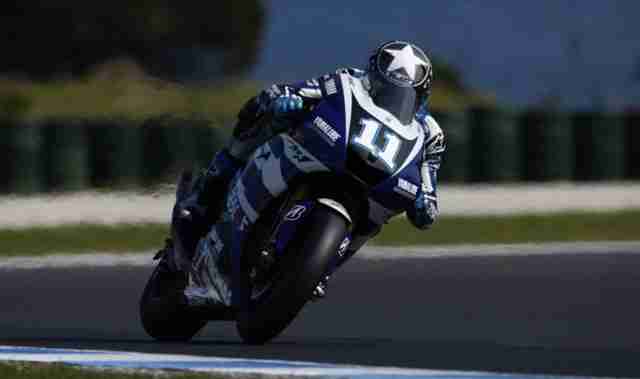 Yamaha Factory Racing rider Ben Spies will not participate in tomorrow’s Grand Prix of Malaysia. Spies sustained a concussion and tearing of the soft tissue around the rib area after crashing during qualifying for the Grand Prix of Australia, preventing participation in the race. Despite starting this weekend with the full intention of racing, two further crashes during today’s practice sessions have highlighted the restrictions his injuries have imposed on his riding abilities.

Following consultation between Yamaha management and the rider it has been jointly decided that it would be wise to not participate in the race to avoid the risk of further injury. Spies will also miss Monday’s 1000cc test in Sepang.

This decision will allow Spies the optimum chance of recovery before the important final race of the season and subsequent 1000cc test at Valencia in two weeks time.