With the new HP4 RACE, BMW Motorrad presents a purebred racing bike in a production run of 750. It is individually crafted by a small, highly specialised team, ensuring the very highest level of quality.

In terms of engine, electronics and spring elements, the new HP4 RACE is in the same category as current superbike factory racing machines, even surpassing this level in the area of suspension with its carbon fibre frame. Weighing 171 kilograms when fully fuelled and road ready, the new HP4 RACE is even lighter than the factory racing bikes currently used in the Superbike World Championship and is only slightly above the MotoGP factory racers in terms of weight. 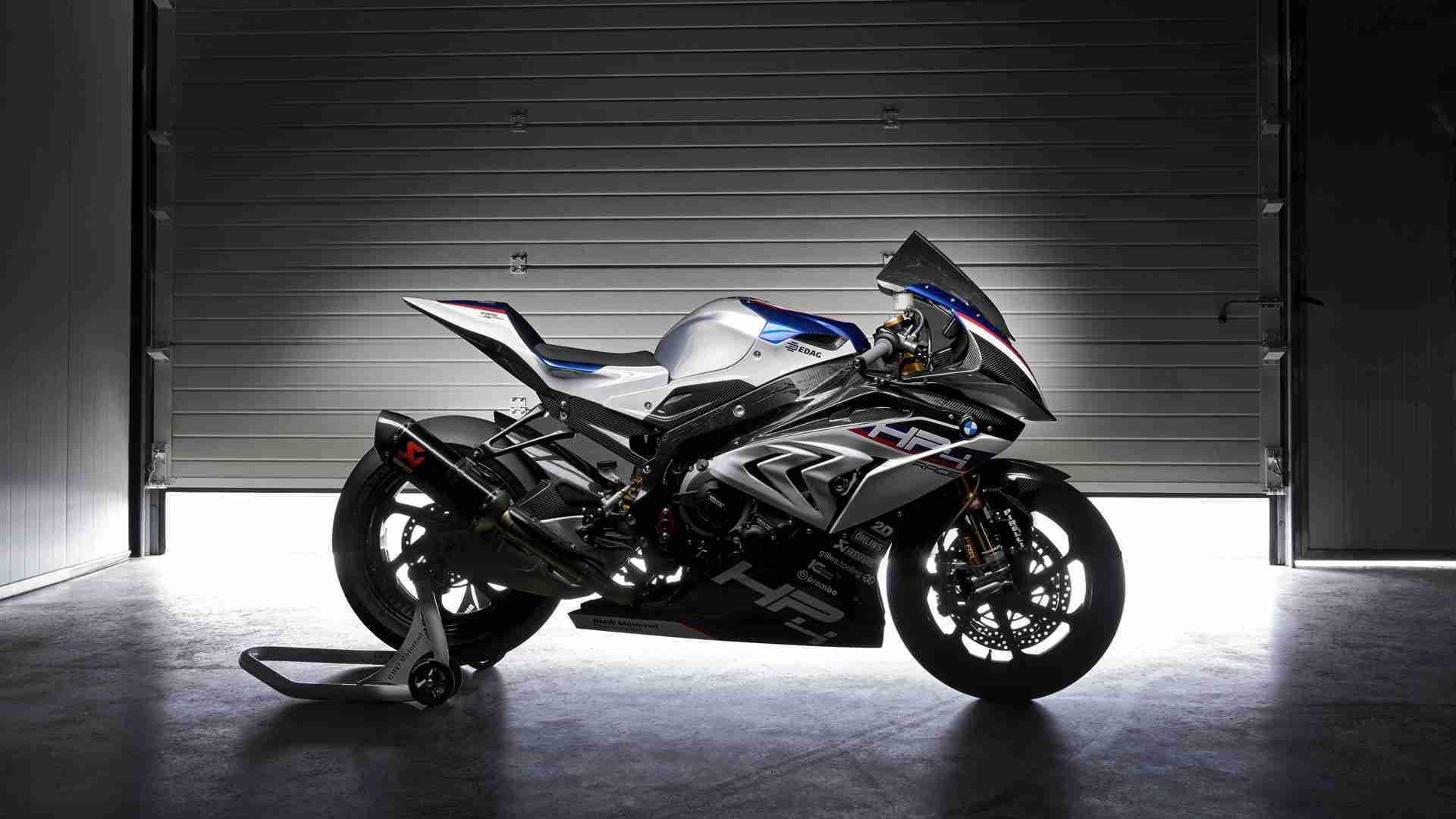 With the HP4 RACE, BMW Motorrad is the first motorcycle manufacturer in the world to present a main frame made entirely of carbon fibre and weighing just 7.8 kilograms that is produced industrially in small series, thereby making this future-oriented technology available for anyone to purchase. The front and rear wheel are also made of this high-tech material, enabling a weight reduction of approximately 30 per cent as compared to light alloy forged wheels while retaining a deliberately rigid design.

The new HP4 RACE likewise meets the highest demands of racing technology in the area of spring elements and brakes. Both the FGR 300 upside-down fork and the TTX 36 GP spring strut are supplied by the Swedish manufacturer Öhlins, with identical parts being used both in the Superbike World Championship and in MotoGP. The light alloy underslung swingarm made of milled and sheet metal parts is also a component used in the Superbike World Cup.

The new HP4 RACE has a purebred racing engine similar to specifications 6.2 and 7.2 as in the Endurance and Superbike World Championships. The peak output is 158 kW (215 hp) at 13,900 rpm. The maximum torque of 120 Nm is reached at 10,000 rpm. The maximum engine speed has been increased as compared to the engine of the S1000RR from 14,200 rpm to 14,500 rpm. With the aim of achieving the best possible performance, a 6‑speed close-ratio racing gearbox is used with optimised transmission ratios and various secondary ratios (diverse pinions and chain sprockets included).

The new BMW HP4 RACE comes with an extensive package of electronic control and assistance systems as well as a weight-optimised on-board electrical system which has been optimised to meet racing needs. A wealth of information is available on the 2D dashboard with transferable data memory (2D logger).

Wide-ranging set-up options for different track layouts and road surface conditions are provided by the audibly perceptible Dynamic Traction Control controlled by ignition cut, Engine Brake EBR and Wheelie Control. These can be programmed selectively for each gear according to rider preference, allowing optimum use of the enormous riding dynamics potential offered by the new HP4 RACE. Other electronic features are the Pit Lane Limiter for observing speed limits in the pit lane and Launch Control for perfect race starts.

An overview of the highlights of the new BMW HP4 RACE