Royal Enfield, the world’s fastest growing motorcycle brand and pioneers of leisure motorcycling in India has announced ‘Scramble’ a new non-extreme ride format for adventure enthusiasts. The first edition of this competitive team event is being held next month from June 14 – 18 in Shimla, Himachal Pradesh. With the aim of combining the spirit of motorcycling with exploration, adventure and camaraderie, ‘Scramble’ has been curated to appeal to the seasoned riders who have tackled fast changing conditions and terrains. The four day event will test the character and expertise that a rider possesses, however imbibing the spirit of community riding, which is a hallmark of Royal Enfield rides. Registrations are now open on www.royalenfield.com/scramble 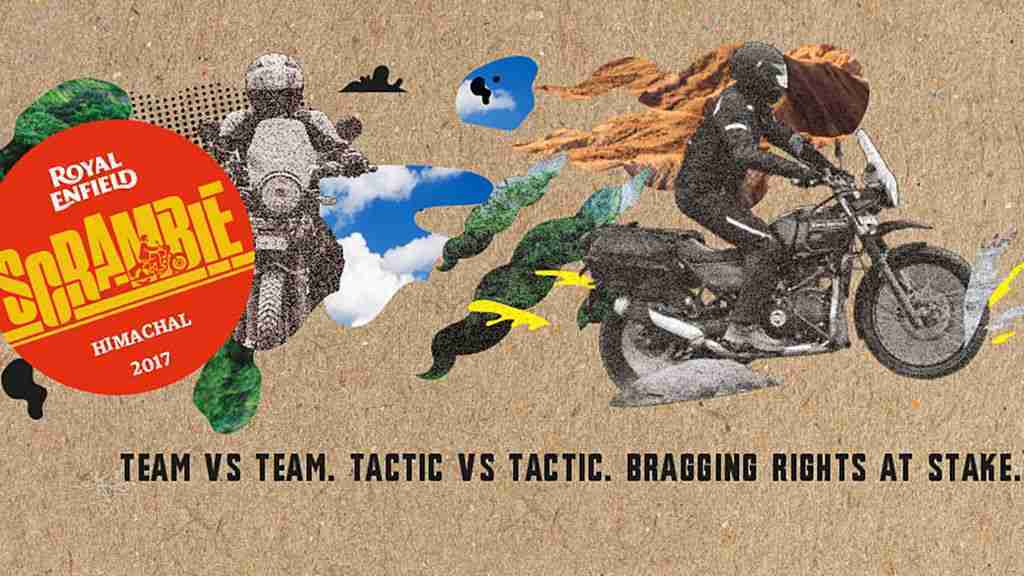 Mr. Rudratej Singh, President – Royal Enfield Royal Enfield said, “Through our several rides and community initiatives at Royal Enfield, we are constantly nudging our customers to increase their participation in the active pursuit of exploration. With this purpose in our minds, we have introduced Scramble. It is our first non-extreme competitive ride format for our ever growing adventure loving motorcycle community. Strengthening our association with adventure motorcycling, Scramble promises to be a lot of fun especially for participants riding the Himalayan.”

Royal Enfield Scramble will comprise of separate categories for both men and women with two participants in each team. On each of the three days, the teams will be given new challenges to complete along that will have obstacles and choices based on the game theory. Each challenge will have separate points in a TSD (Time-Speed-Distance) format basis which the winners will be decided.