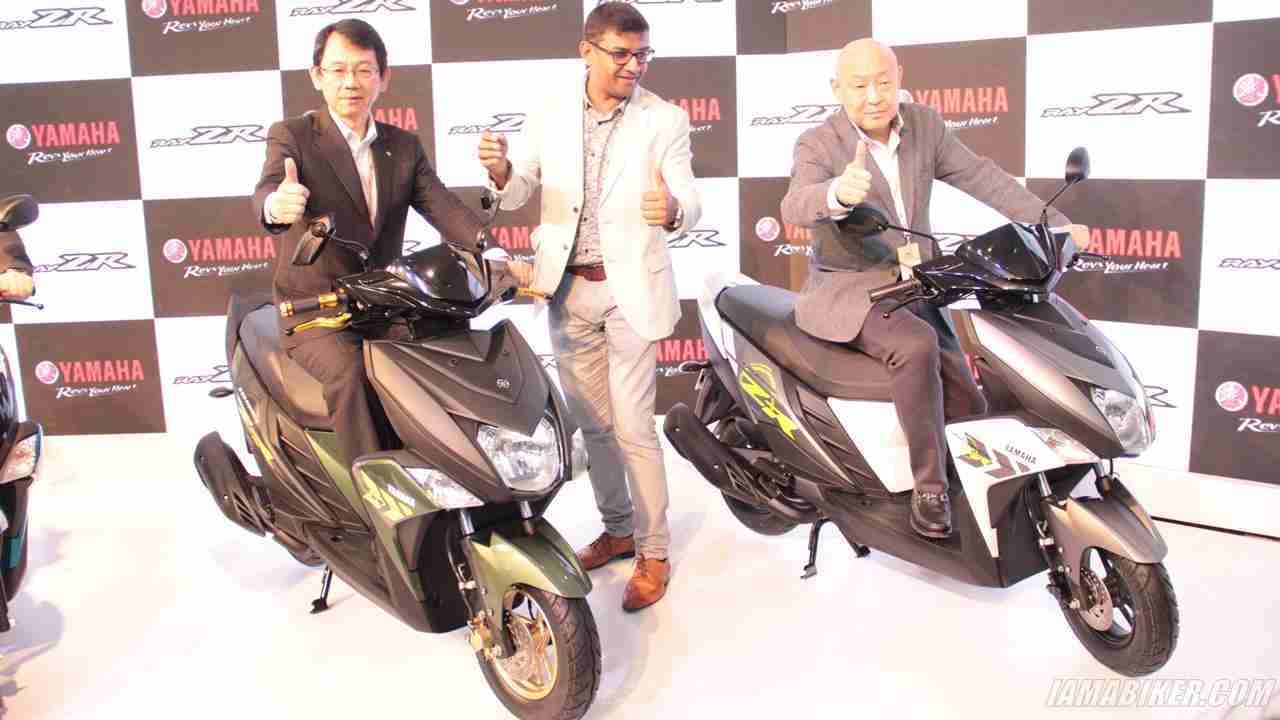 The new Yamaha Ray-ZR which was showcased at the Auto Expo 2016, has now been launched at a price of INR 52,000. Yamaha has launched the new Ray-ZR to achieve a larger share of the scooter segment in India. Quite clearly the new Yamaha Ray-ZR is targeted at the male youth of the country. In general a good chunk of the population in India prefer to ride a scooter than a motorbike because it is easier to handle in city traffic conditions. We anticipated a 125cc engine especially since the Ray-ZR is positioned as a sporty scooter. But unfortunately the Yamaha Ray-ZR is powered by the same old 113cc engine that produces 7.1 PS of max power and 8.1 Nm of peak torque.

Yamaha Ray-ZR gets a fiber body and therefore is pretty lightweight which will make it fun to ride in city. It comes with a large 21 litre storage capacity under the seat. Surprisingly, there is no USB charger inside. It would really have been a welcome feature as this scooter is targeted for young people and we all are well aware of the importance of smartphones in our lives. It will mostly be available in the same four colour options it was showcased in at the Expo.

The new Yamaha Ray-ZR will be the fourth scooter from the company and will join the Ray-Z, the Alpha and the Fascino. It is also the first scooter from Yamaha to feature a front disc brake. We think that the new Yamaha Ray-ZR is a good looking scooter and would definitely attract the youth of the country. Quite clearly with the Ray-ZR, Yamaha is trying to achieve what Honda tried to do with its Dio.