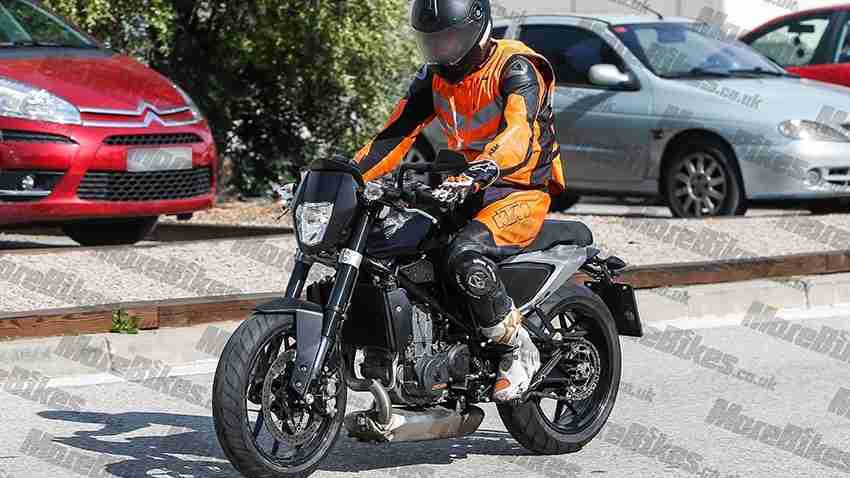 There have been a few spy pictures of the Husqvarna Vitpilen floating on the internet earlier but these fresh photographs give us the best yet look at the product in development. Although, cosmetically, apart from the tank and the seat, the rest of the bike hasn’t been completed. As of now the overall bike depicts a silhouette of the KTM Duke. Well, why shouldn’t it, because the Husqvarna Vitpilen Concept and its partner the Husqvarna Svartpilen Concept are based on the KTM 390 engine platform. It is being anticipated that both the concept bikes are in Husqvarna’s plan for 2017 and there might be a 125cc variant as well.

If we talk about the spy pictures, powering the Husqvarna Vitpilen would be a single cylinder, DOHC, liquid cooled engine which would produce somewhere around 40 BHP of max power similar to the 390 engine. Other than the engine, the WP suspension would find its way both at the front and the rear. The tires and wheels aren’t what Husqvarna had in the original concept but, like we said, this test mule is just in its early testing phase and maybe by the time the final product is ready we would get to see 60-80% of the concept in it. We also know that once the product has been developed, these machines would mostly be built in India by Bajaj in Pune. So expect to see these machines in this part of the world very soon.