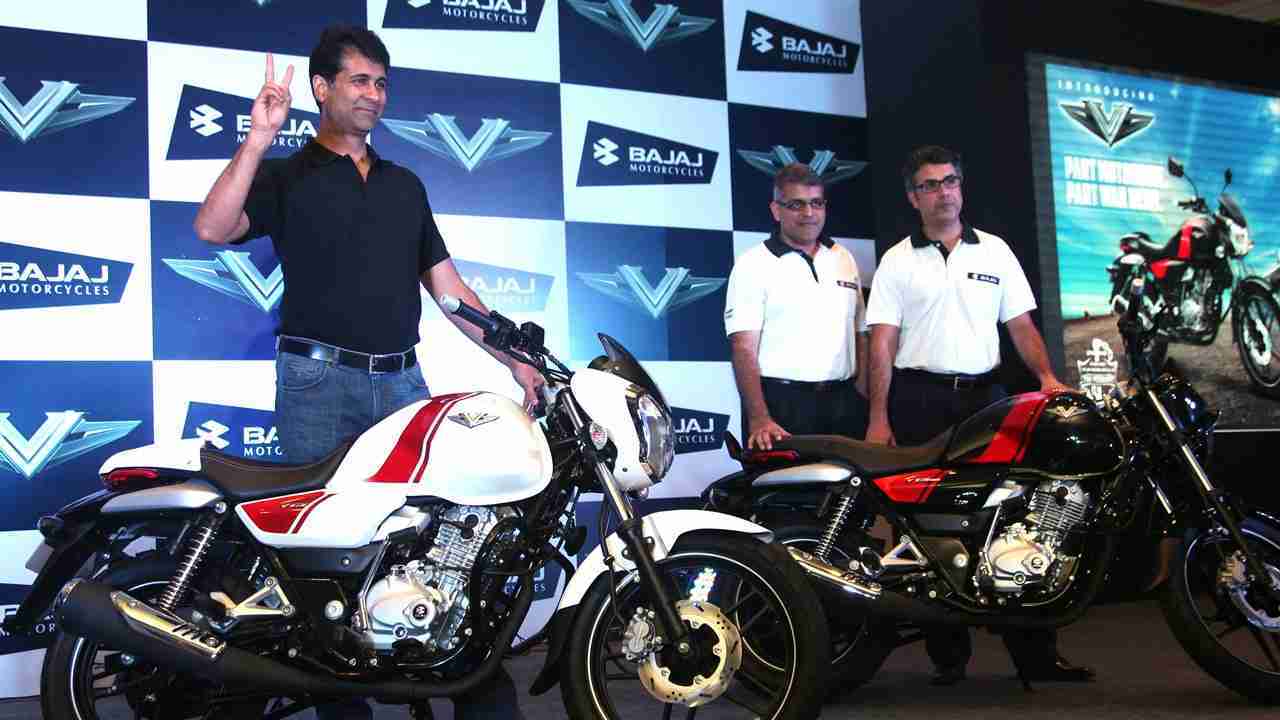 As Bajaj would want us to say, their “invinsible” new bike is here. Called the Bajaj V, we saw the launch of the Bajaj V15 in India today. This V series will eventually have higher cc variants mostly in the 180 and 200 capacities depending on the market response for the Bajaj V15. Now, coming back to the invincible bike we have here, the engine is essentially the same 150cc DTSi engine that has been around for quite a while now. It produces 12 Ps @ 7500 and 13 Nm @ 5500 from the carbureted engine. It comes with a 240mm disc brake at front, a fuel tank capacity of 13 liters and surprisingly weighs only 135.5 kg (kerb weight). Expected at a price of about 70K ex-showroom, the Bajaj V15 will surely mix the commuter segment with some much needed style. It is expected to be at showrooms by March of this year.

Speaking at the launch Mr. Eric Vas, President (Motorcycle Business) said, “The Bajaj V shall usher a new era in commuter motorcycling. We believe the Indian customer buying a commuter motorcycle deserves something that is substantial, solid and which moves with a sense of purpose. The V was designed and built to be invincible, and will change the experience of commuter biking much like the Pulsars changed sports biking.” He further added, “The V contains metal from India’s first and most celebrated aircraft carrier, the erstwhile INS Vikrant. We are proud that lakhs of Indian citizens can now touch the metal of the legendary INS Vikrant.”

We have to say this, design wise the bike does remind you of the Moto Guzzi range. This is not to say that this is a copy of some sort. We in-fact love how it looks, sort of like a mix of the Yezdi and Scrambler design style. Surely nothing like this currently exists in the market and we are sure it will generate a lot of attention. The Bajaj V will be available initially in only two colour options, namely –  Ebony Black and Pearl White.