The Indian motorcycle market was shaken up when KTM launched the Dukes. The Austrian manufacturer started with the Duke 200 and then unleashed the Duke 390, which made the entire biking community in India go haywire. The Duke 390 has so much to offer at such a competitive pricing that it made KTM one of the fastest growing motorcycle brands in India. Now, it seems that KTM will once again stir the biking environment as the new 2017 KTM Duke 390 has been spotted supposedly at Bajaj’s Chakan Facility.

The image which went viral on the Internet in seconds, tells us that it is possibly the new Duke 390. KTM has borrowed a few design elements from its top-of-the-line product, the Super Duke 1290, to give the new 2017 KTM Duke 390 a refreshed look. The most prominent change that we see here is the inclusion of the new headlamp. It is split vertically into two parts and is anticipated to be an LED unit. Also, the tank scoops are longer reaching out till the headlamp. The fuel tank is also set a bit forward to provide a more sporty feeling. You can also notice that the front brake and clutch levers are now adjustable.The instrument console also seems to be totally new. 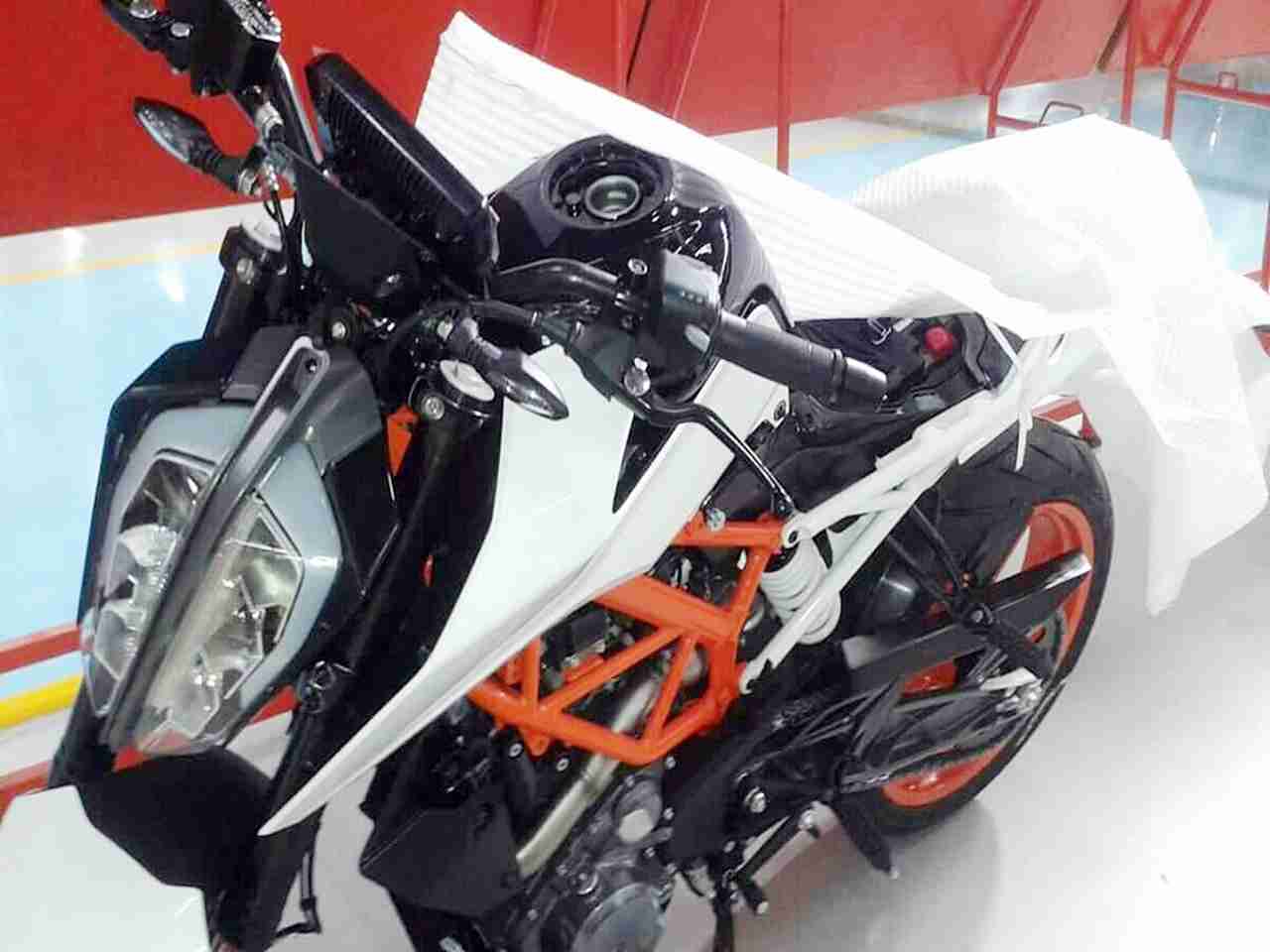 The 2017 KTM Duke 390 looks to have a revised overall frame. The original Duke frame now looks to be mated to a revised sub frame. This further confirms that an ADV version is also in the works as it was a lack of strength in the rear subframe that delayed the 390 ADV version. There is a possibility that KTM would bring in more colour options as well. In terms of engine, the new 2017 KTM Duke 390 is expected to be running on the same old 390cc, single cylinder engine but we wouldn’t be surprised if KTM tweaks the power figures a bit. Also on offer would be ABS, slipper clutch and maybe Ride-by-wire as well. Lets hope they throw in a larger capacity fuel tank as well.

It is being anticipated that new Duke 390 is almost production-ready and would hit the production line in October this year. It would be exported to other countries first and later would be launched in India. Well, we can’t wait to see the new Orange monster in flesh!