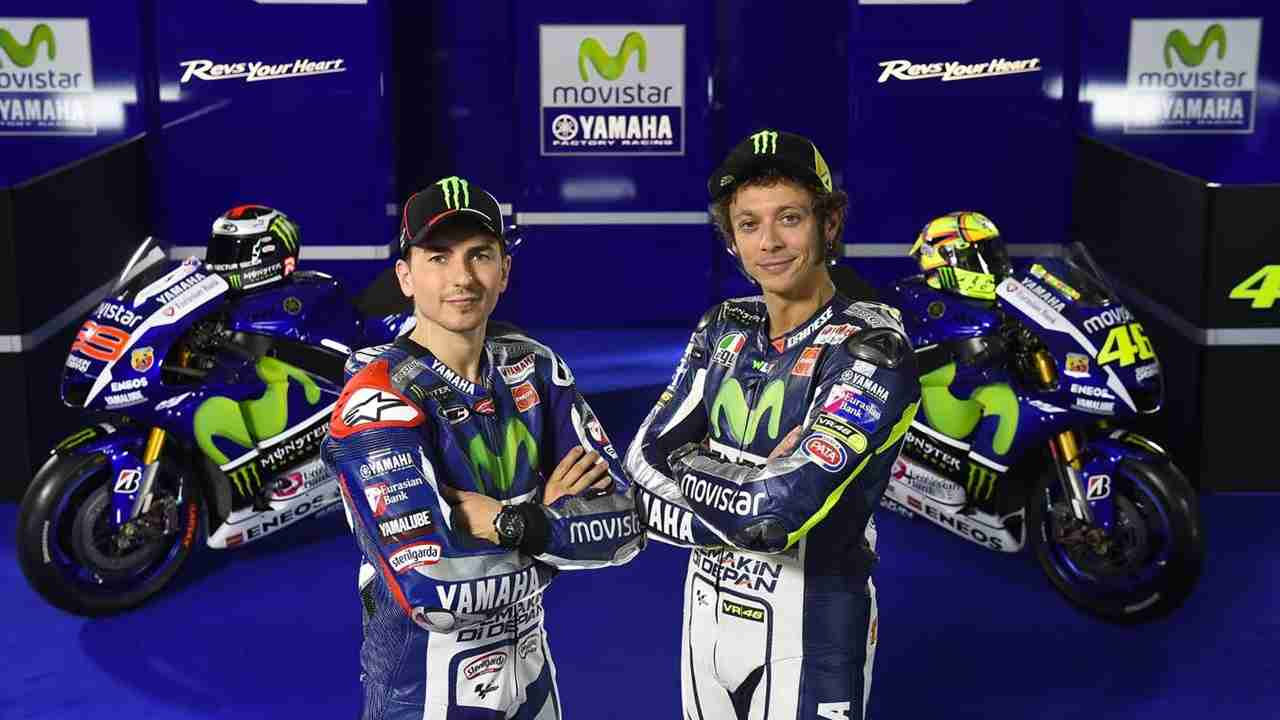 We are just a few days away (4th February) from the MotoGP Sepang tests and one of the first few teams to present their 2015 livery is the Movistar Yamaha MotoGP team. After concluding a very positive second half of the 2014 MotoGP season which saw both the Yamaha MotoGP riders rise to top form, fans all around are really excited thinking about the prospects of the 2015 season for Yamaha. The 2015 MotoGP team and livery were presented at Distrito Telefónica headquarters in Madrid (Spain). Valentino Rossi and Jorge Lorenzo were joined by Luis Miguel Gilpérez, president of Telefónica España, Kouichi Tsuji who is the General Manager of Yamaha Motor Co., Ltd’s Motorsport Division, Lin Jarvis who is the Managing Director of Yamaha Motor Racing and Massimo Meregalli who is the Movistar Yamaha MotoGP’s Team Director.

The unveiling of new 2015 Yamaha MotoGP livery also saw the announcement of new partners and sponsors. New partners include the Abarth, Cromax and the Descente group. While the list of new sponsors run long. Yamaha are looking for a strong start to the 2015 season unlike last year, where mistakes in the beginning allowed Marc Marquez to dominate the first half of the season. Things get serious now, as the team directly head on to Malaysia where the riders for the first time this season will get to evaluate the new 2015 YZR-M1 and give feedback on the changes and new developments made during the break. The timings at this test will definitely give us an idea as how competitive the 2015 season is going to be. The Honda plus Marquez combination made the RC213V quite the machine and we just hope the M1 has some updated tricks like the clutchless downshifts also set up for this season. Photographs from the 2015 Movistar MotoGP livery presentation below. 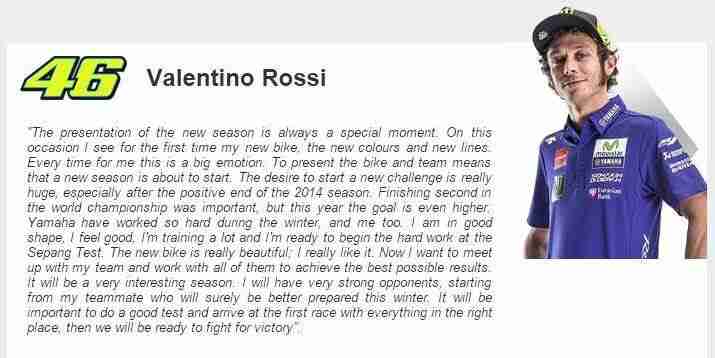 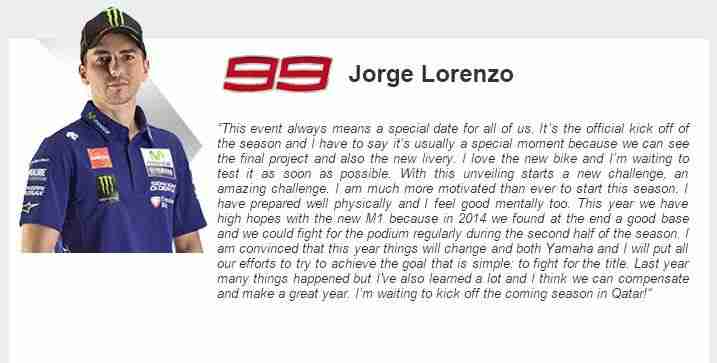