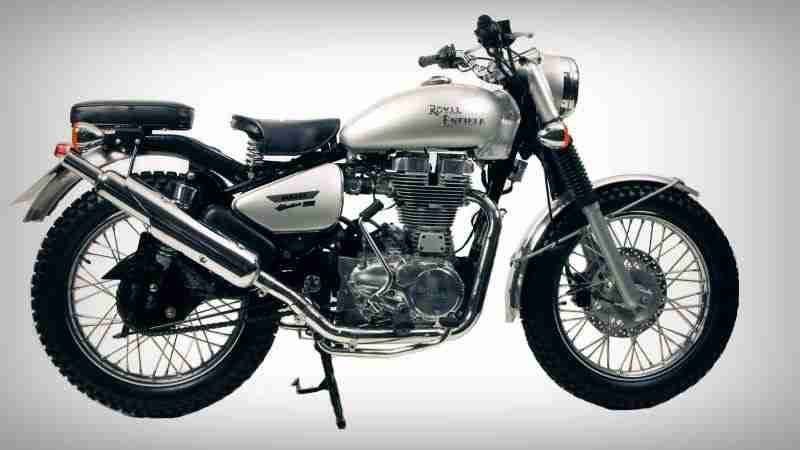 Royal Enfield have just filed for trademark on the name ‘Royal Enfield Himalayan’. This trademark also covers for motorcycle parts, gear and even apparels. Although there is no confirmed information as of now, what we could gather from all the news floating around is that, Royal Enfield will be making a new motorcycle based on the Continental GT frame. This new RE will be targeted and made to be a mix of a cruiser and a semi adventure motorcycle. Now that sounds weird right? But one must remember that the Continental GT has the best chassis that Royal Enfield has ever made. Combine that with a scrambler(ish) design and now a picture of a motorcycle pops up into the mind that seems to be fun. Good ground clearance would be key if they want this new motorcycle to have anything “himalayan” about it. It is rumoured that the engine will be an overbored version of the one doing duty on the Classic 350. That would result in a higher torque figure, which should bode well with the name. But there are other reports that say Royal Enfield is working on a V platform. Now in all probability these could very well be two different motorcycles that we are talking about. We love the whole concept frame that has come out with the name trademarking. In all probability Royal Enfield would be planning a motorcycle and a whole range of bolt on accessories that make it touring friendly and one that can handle varied terrains. Of course the merchandise would just be the ultimate brag right.

On a totally different topic, Royal Enfield has been doing quite well over the past couple of years with sales increasing very strongly, especially in urban areas. They are even expanding strongly outside India with the latest dealership coming up in Dubai. Soon they plan to have a production line in the UK as well. The ‘Royal Enfield Himalayan’ is a very strong and powerful name to live up to. We just hope the goods back up the name and we can test out the machine soon. Oh and before you come to any conclusions, the above photograph is just for representation purpose, a scrambler version built by the guys at GD Brown.