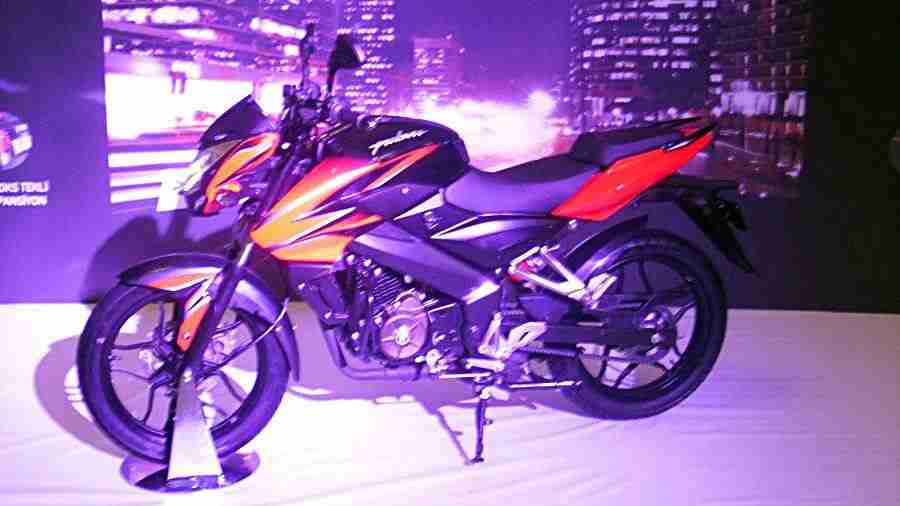 Bajaj has been silent ever since the Auto Expo last year. 2014 saw big concept announcements (Pulsar SS 400 and Pulsar CS 400) but no big launches. The Pulsar 200 SS was spotted testing all over India but never got launched, all this silence though is about to change. Rajiv Bajaj the face of the Bajaj motorcycle group has just announced that Bajaj will be launching six new motorcycles in 2015. Although the Pulsar 200 SS might be the crowd favorite, Bajaj most likely will be pinning their hopes on the new Pulsar 160 NS. The new Pulsar 160 NS is a visual twin of the 200 NS except for a few changes. One, the obvious internal change in engine. The second is that the 160 NS gets a drum brake at the rear. There also seems to be small design changes to the silencer and the front mudguard. The rear tyre of course will also be of a smaller profile than that of the 200 NS. Another key change that can be noticed visually is the about the radiator. The new Pulsar 160 NS might not be liquid cooled but might sport an oil cooling radiator similar to the ones seen on the Pulsar 220 and the older, now stopped, Pulsar 200. Power wise expect the new Pulsar 160 NS to produce as much power as the current Pulsar 180, which is around the 17 BHP mark. While the 200 NS weighs about 145 kg kerb, the 160 NS might be couple of kilos lighter. Being Bajaj expect a very competitive price, an ex-showroom price of about 70 – 75 thousand rupees INR. But there is another twist in this story, a naming twist. Bajaj showcased the 160 NS in Turkey but over there it was named as the Pulsar 150. We sure hope the name 160 NS stays, naming it the Pulsar 150 or Pulsar 150 NS here in India would just be too confusing.