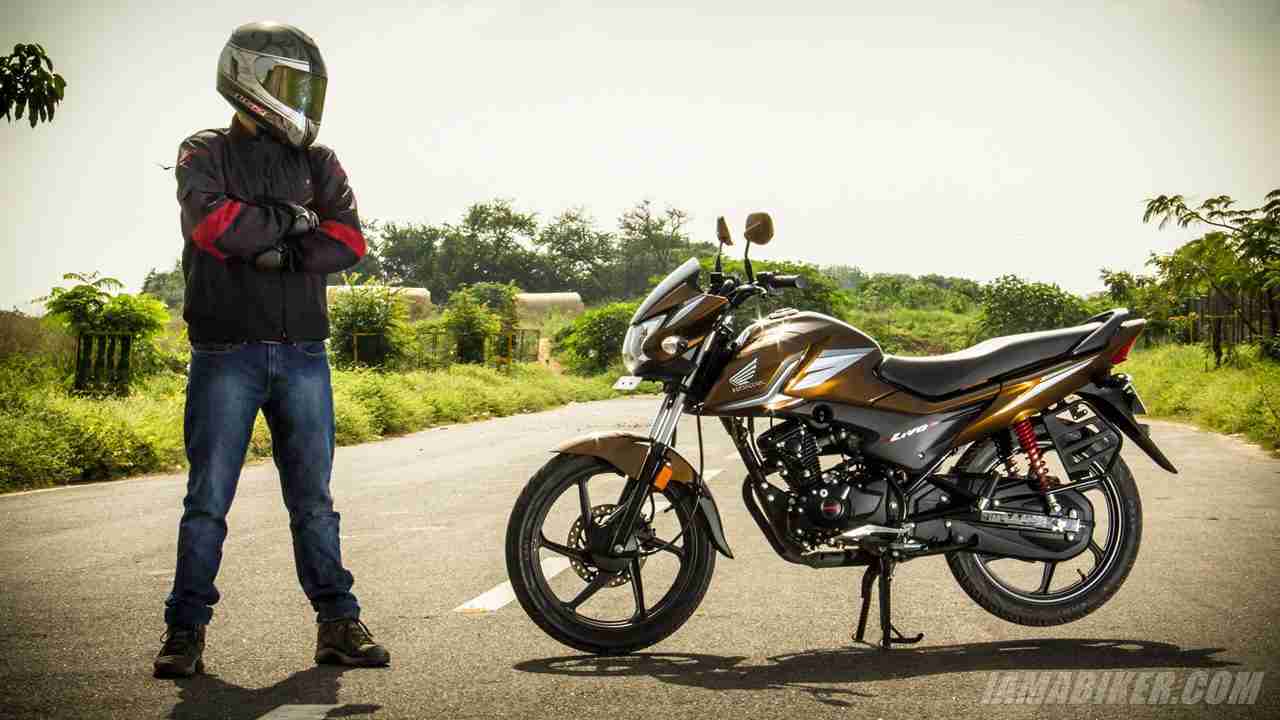 While it may seem that the world is moving towards the big capacity, big power motorcycles. The truth is, it is still the commuter segment that is the bread winner for the manufacturers and it is this segment that has the maximum volume in terms of sales. So it is no surprise to see manufacturers constantly experimenting and launching new motorcycles into this segment. With the Honda Livo, Honda is trying to change the whole image of the segment. They are banking on the fact that lower capacity commuter motorcycles need not always be boring to look at, and the Honda Livo is proof of that. Having established that already lets dwell into the details and check out what this motorcycle is capable of. 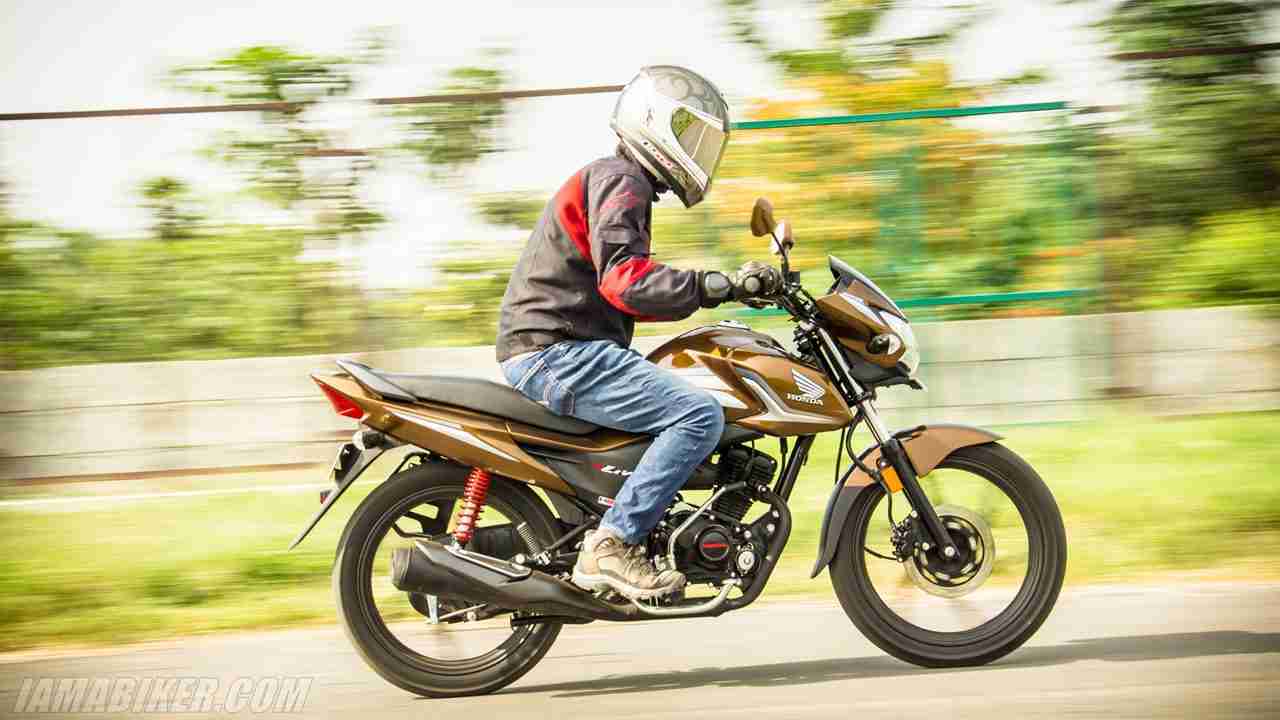 There is only so much you can essentially say about a 109.19 cc engine. But that said, the engine on the Honda Livo is a well refined one. And combine that with the very crisp and smooth gearbox which has the right ratios, you now have a motorcycle that is quite peppy and responsive even with a pillion. It’s not as jumpy and short geared as the Honda Twister, but has a more gradual and relaxed way of getting the power on to the wheels. Even with a pillion it does not struggle and pulls away cleanly in almost all situations. Top speed without a pillion was 90 kmph speedo indicated and that’s probably as much as the Honda Livo can do. Even Honda says it has top speed of 86 kmph. Coming to the efficiency part, the Honda Livo returned a constant 59 kmpl in the city riding mostly with a pillion and varying amount of traffic. We reckon on free roads and highways that number should increase to as much as 62 – 65 kmpl.

It’s in the looks department that the Honda Livo scores over its competitors. We can most certainly say that in this segment of the market, there in none other that looks better. With a design language that is almost similar to the bigger capacity CB Unicorn 160, the Honda Livo looks like a smaller more compact version of the Unicorn. All four colour options of the Honda Live (Brown, Blue, Black and White) look good. The tank scoops at the front essentially gives it the slightly chunky feel and you could easily mistake it for a 125cc motorcycle. The all black treatment for the lower part of the motorcycle and the body coloured mirrors add the final touch to make the Honda Livo look good. Build quality is top notch and typical Honda, which means it’s built to last. Once you are on the motorcycle, its a relaxed position and feels comfortable for riders of all height. There is enough room for taller riders as well. 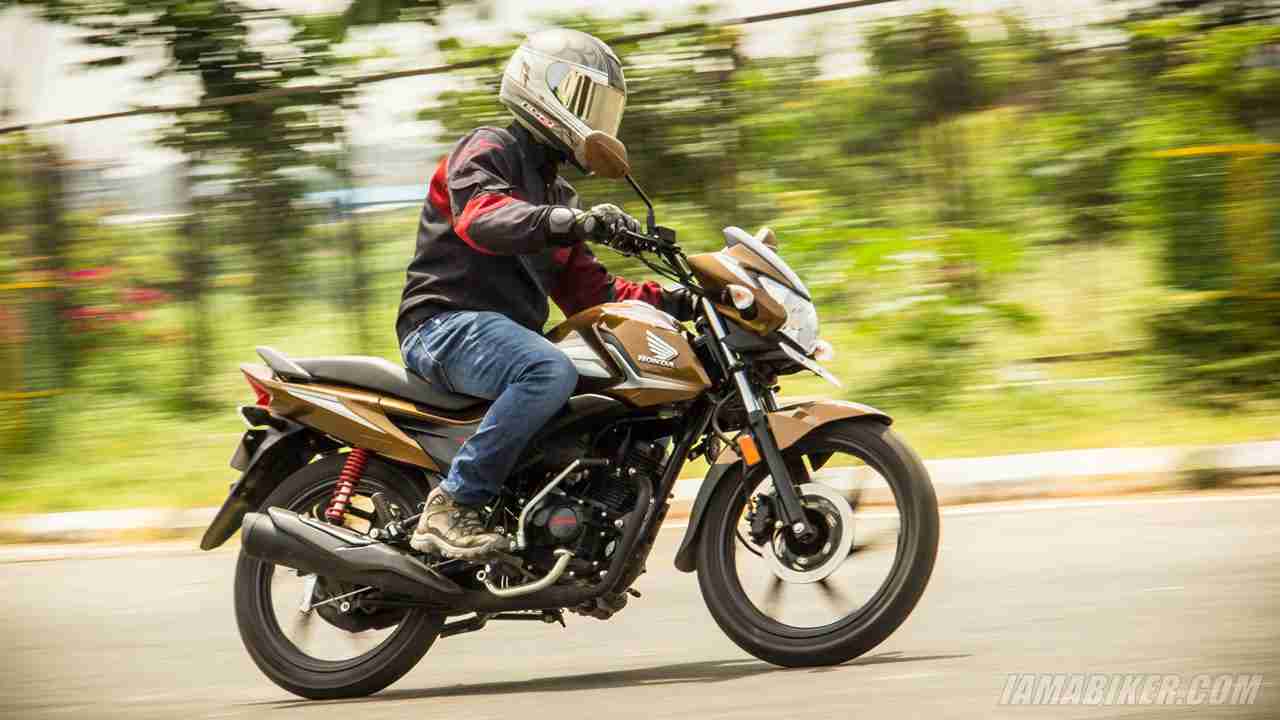 Well, the Honda Livo essentially is a commuter motorcycle. A motorcycle that the buyer will depend on daily for his or her office or other travel needs. So that means the motorcycle should be easy to handle, light and even with a pillion, move ahead without much drama. And the Honda Livo scores full points in that respect. Being a light motorcycle (111 kg) along with the high and wide handlebars, it is easy to squeeze through traffic and change directions. The tubeless tyres that came on the bike we tested were the Ceat Zoom Plus (80/100 – 18 inch) ones at both ends and they did their job pretty well. The only area we were a bit worried about was the suspensions, which are a bit stiff. The rear suspension is 5 step adjustable and we were on 4th most softest setting. But all in all a very decent handling motorcycle that has good ground clearance (180 mm) which means its can handle our pothole and speed breaker filled roads with ease. The Honda Livo also has quite a wide wheelbase as well, this adds to its overall stability.

The Honda Livo we rode was the one with the front disc brakes and while Honda is not the first to bring in a disc into this segment, it is much appreciated that they have. The disc as such is a 240 mm disc and couple that with the 130 mm drum brakes at the rear and the Livo has enough and more stopping power.

The biggest selling point of the Honda Livo has to be its looks, it looks good and clean, no jazzy sticker job or gimmicks. The maintenance free battery, the tubeless tyres and the disc brake are all key features that will drive sales. We are sad to say though that an engine kill switch is seriously missed and that would have made this motorcycle pretty much perfect. At an on-road price of close to 63K the Honda Livo is a bit pricey than its competition but yes it is a bit different as well to justify that. 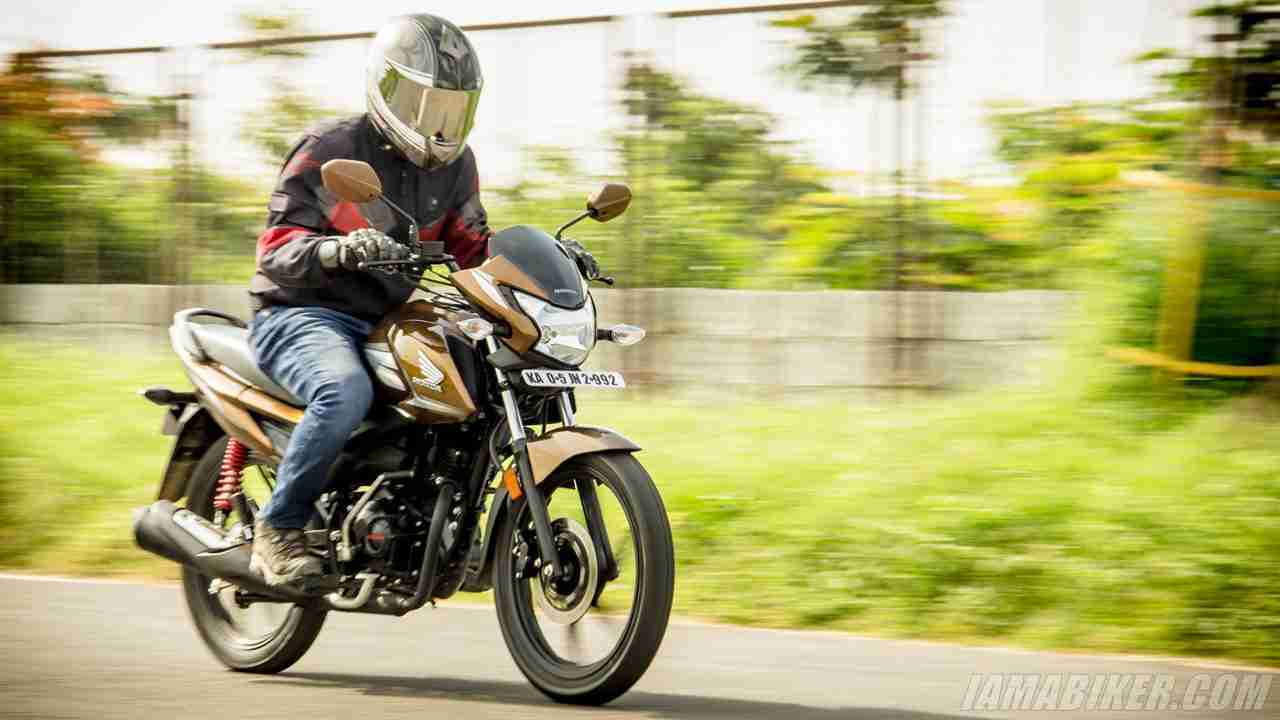 We have said it many times over in the review, the Honda Livo is probably the best looking motorcycle in its segment and somehow has a premium feel attached to it. For someone who does not want to compromise on style as well as efficiency the Honda Livo would make for a great daily work horse. It is really pleasing to see manufactures provide tubeless tyres even at the fag end of the segment and the disc brake option as well adds value to the over all package. 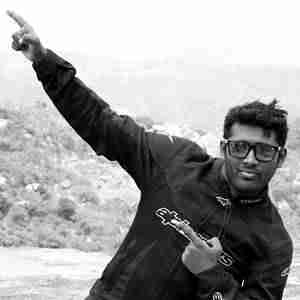 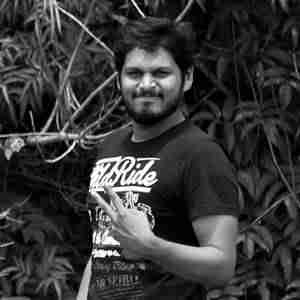 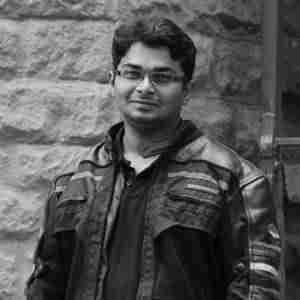 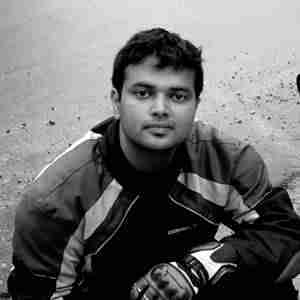